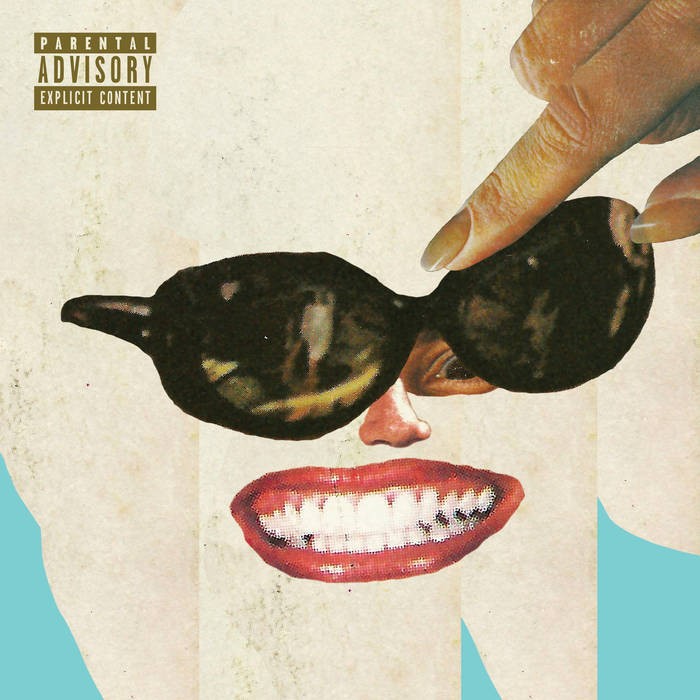 In the six years since the last Black Moth Super Rainbow LP, the national consciousness shifted from wary to full-on warring, especially in silicon realms (notwithstanding the BMSR mountain of analog gear). Panic blooms in the basements and bunkers of apocalypse preppers. Panic blooms in the clickbait climate denialist and white nationalist apologia of the New York Times op-ed pages. Panic blooms like a drop of dye in a glass of water—at first it’s a swirling, fascinating whorl; before long, the threads of color dissipate into a single field. You can’t see around it.

Not to make this entirely political, because it’s an internal struggle, even if shaped by external conditions. It’s also a feeling BMSR long have grappled with, Frankensteining their utopian mindset to laughable little hells of consumer culture. Their previous LP, 2012’s Cobra Juicy, felt like the band trying to merge their unmistakable moods to dance-music syncopation and sawtooth guitar riffs, hinting at a club-drug catharsis from gloom, or at least a momentary escape. On Panic Blooms, however, the feeling is more of what comes when the drugs wear off: there’s a hint of euphoria, but moreover, it’s a sparse and sometimes desperate reflection on working through anxiety, somewhere between the realms of T-Pain and Tame Impala.

As a result, this might be the best BMSR record yet, or at least the best since their 2007 breakout Dandelion Gum. The direct route is not one the band takes often—one of their best cuts, from 2005, was called “Lost, Picking Flowers in the Woods,” embracing the very idea of aimlessness. But by paring back much of the instrumentation on Panic Blooms, the band offers some of the most unsettling, moving, and catchy work they’ve ever accomplished, even with song titles like “Bad Fuckin Times.” “Feels even better than depression,” goes its glorious hook.

By clearing many of the cobwebs out of the way, we finally get a consistent chance to parse just what’s coming through the filtered voice of Tom Fec—and the outlook’s so bleak that, if the melodies weren’t so sanguine, you’d almost wish he could take it all back. The opening title track envisions a world where broken-down cars are abandoned out of nonchalance and razor blades are embedded in tangerines out of practice. On “Rip on Through,” the darkness subsumes the landscape where “the sun went black and your hand came back / but your garden never grew.” Applauding the refashioning of Jim Morrison as a technocrat, these sketches of the hopelessness of it all cast in the phosphorescent shadows of neon make this record truly heartbreaking.

“We Might Come Back” pairs breakbeat-lite to a child’s default ringtone setting as melancholy electronics come screaming across the sky. “Permanent Hole” marries pointilist drum patterns to electric brass and meandering sub bass. Throughout “Bottomless Face,” a lone synth line does the heavy lifting, while crunchy handclaps and burbling bass runs flutter about. In that lies much beauty of Panic Blooms: Every granual, every fleck of bitcrushed grit is visible to the naked eye, even as BMSR spins the kaleidoscope. It’s smart, mature production for a band who could be too comfortable almost two decades into its career. Imagine if BMSR had dragged their splatter-painted canvas of vintage synthesizers, vocoders, and drum machines from their mysterious communes in Western Pennsylvania up to New York City at the turn of the century; it’s entirely possible they’d be enjoying the same stature as their contemporaries, sculpting unpredictable noise into glistening experimental pop and finding more frequent homes on big-ticket festival stages. But BMSR stuck to the woodland enclaves of their native state and became a cult band, which
is not to say they went unnoticed in the 15 or so years since they started brokering musical alliances between idyllic ghosts and the specters of modernity. Hell, they raised more than $100k on Kickstarter to fund Cobra Juicy. Rather, the band made a choice to fashion their brand of psychedelic splendor much like the LSD outlaws of yesteryear: quietly brilliant, toiling in obscurity for the enlightenment of humanity, perfecting a formula out of view of the public, with hardly more than a whisper of who these people actually are.

Much like “A Season in Hell,” it’s the denial of comfort that drives BMSR. Always, the natural world offers the reprieve from social machinations, here with acoustic guitar interludes that sound like demos. Unfortunately, as demonstrated on “New Breeze,” there’s really only one way out. “New breeze came, the evil won’t stay,” Fek sings. “New breeze came and drove it away / Fall-out rain wears down the paint / Doomsday downgrade, swallow nightshade.” Fek and crew have such a brutal understanding of balancing the sublime with the futile combat of that sublime. Who can blame them for sticking to the boondocks? Panic blooms as we dig our own graves, grinning.