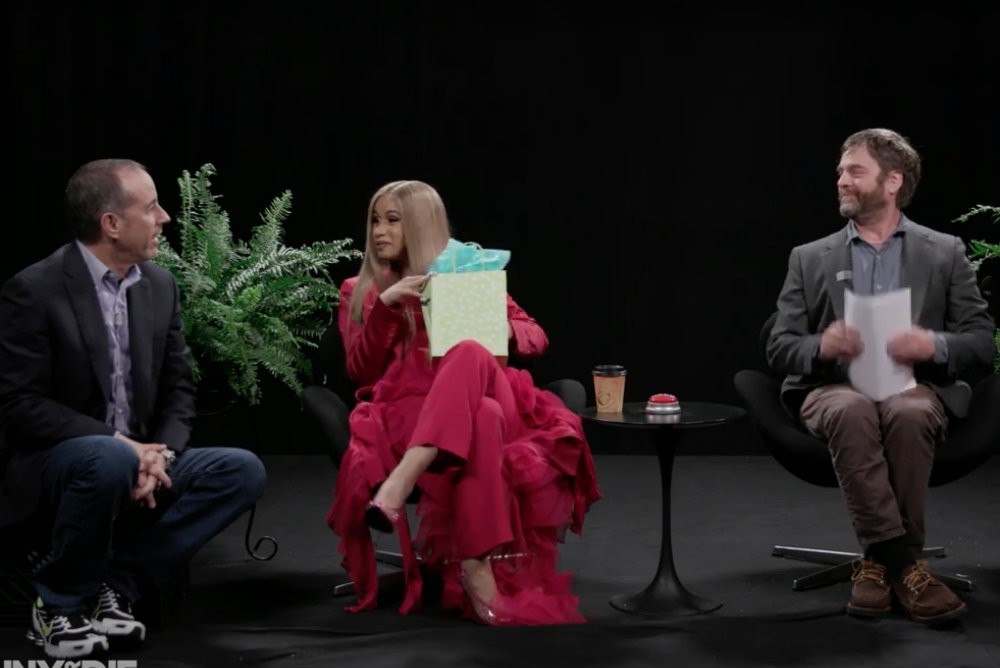 Kesha was avenged in the latest installment of Between Two Ferns with Zach Galifianakis as guest Cardi B left Jerry Seinfeld hanging when the latter tried to hug the “Bodak Yellow” rapper.

The six-minute bit serves as an excruciating indictment of Seinfeld’s cultural relevance as he is bumped out of the fern zone to crowd uncomfortably on a milk carton while Galifianakis fawns over Cardi and gives her a gift for the baby she’s expecting. To his credit, Seinfeld does a good job projecting repressed fury.

“You are special, but the most important thing is that you’re relevant,” Galifianakis said to Cardi as the last flicker of light in Seinfeld’s eyes dies.

There’s also a cameo that will delight Seinfeld fans, but I won’t spoil it. Check out the sketch below.