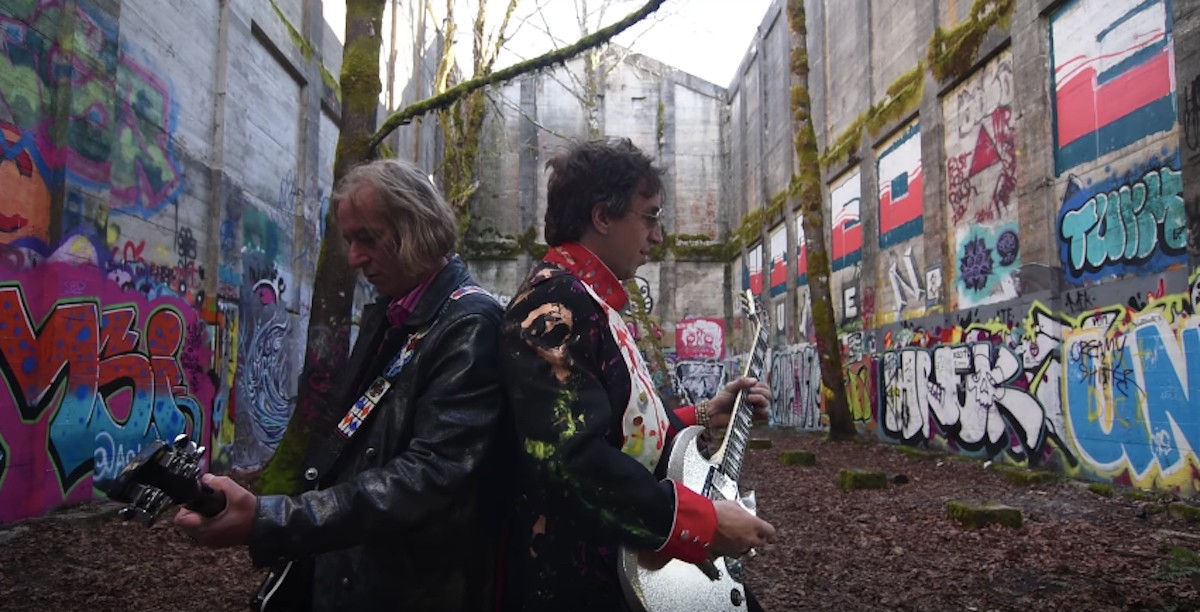 The self-titled debut from the aptly named Arthur Buck—the combination of singer-songwriter Joseph Arthur and R.E.M. guitarist Peter Buck—is here, bringing us 44 minutes of soft rock tethered by Arthur’s warm and raspy vocals. The pair apparently met while vacationing in Mexico, when Arthur went over to Buck’s home and wrote the bulk of the album’s songs right then and there. “It was really spontaneous and kind of magical in its own way,” Buck recently told Rolling Stone.

They’ve shared four singles prior to the release, including “Are You Electrified?” “Forever Waiting,” “American Century,” and “I Am the Moment,” which came with an accompanying video of the pair playing around Portland. “This record has a vitality to it that is surprising to everyone who hears it. And I think it’s down to we aren’t just tired old cats who are bored and f****** around,” Arthur told NPR. “We are people who still hold onto music for survival. You can’t fake that. You can hear that.” Listen to the album below and read our review here.