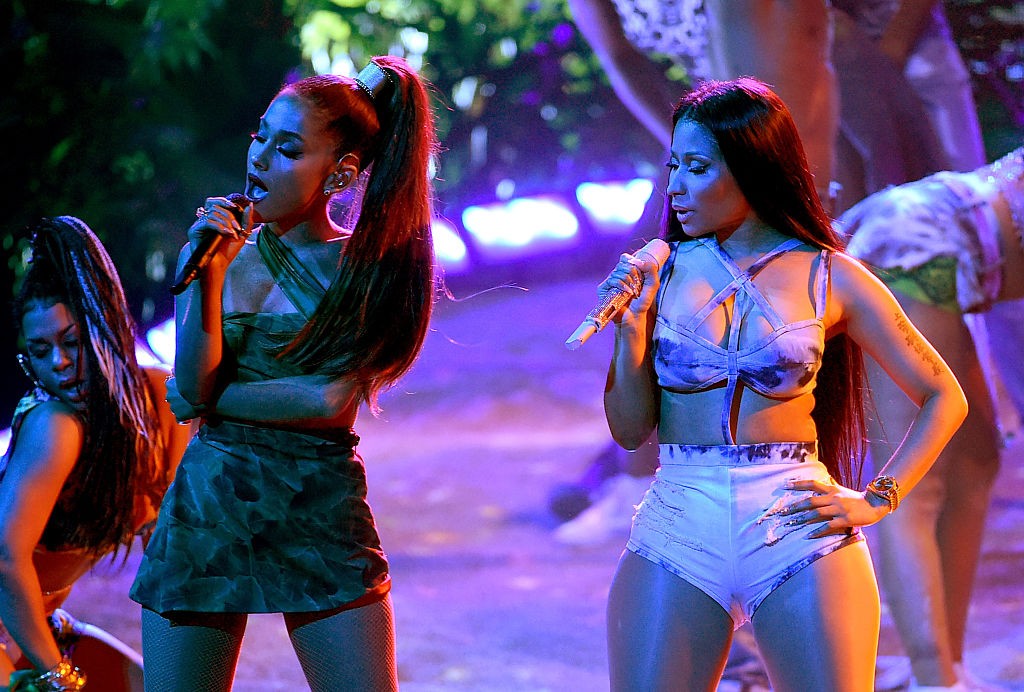 Ariana Grande has been teasing “the light is coming,” a new Pharrell-Williams-produced single with Nicki Minaj, since last month, when Grande posted a snippet of the song and premiered it live in concert. Now the studio recording is out. Grande has also confirmed the release date for her new album Sweetener, on which the song will be included; it’s due out August 17. Grande has also teased the Sweetener songs “R.E.M.,” “God is a Woman,” and “Raindrops” in the past, and released the album’s debut single “No Tears Left to Cry” in April. Missy Elliott is slated to appear on the album track “Borderline.”

Last week, Nicki Minaj released a different song with Grande, “Bed,” which will be included on Minaj’s upcoming album Queen, which will be released on August 10.  She also appears on Troye Sivan’s new single “Dance to This,” released last week. Listen to “the light is coming” below.