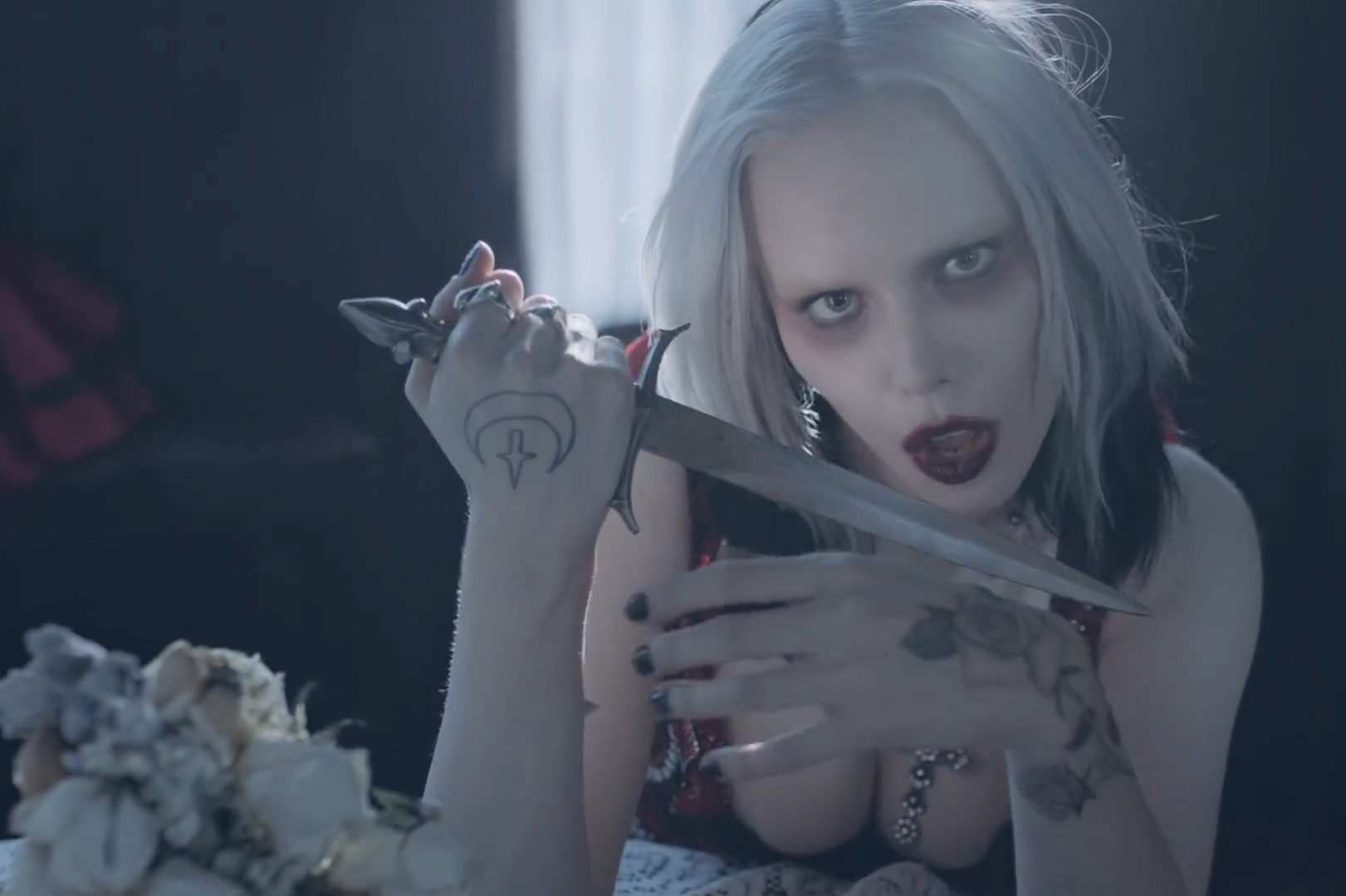 Alice Glass has released a new single, “Mine,” which follows last August’s self-titled debut solo EP and a handful of one-off songs including “Cease and Desist.” “Mine” is a unflinching look at turning to self-harm as a coping strategy, an experience Glass evokes with spacey goth-pop and an aching topline that soars above the song’s murkier rhythmic elements with startling clarity. In a press release, Glass offered this statement on her intentions for the song (via Pitchfork):

“‘Mine’ is about someone who hurts themselves in an attempt to regain control of of their own life and experiences. It’s a form of self-sacrifice and also an act of personal freedom for someone who feels completely out of control. I do not condone self-harm, but like a lot of my music ‘Mine’ is about my struggle with coming out of an intensely abusive relationship. In the ritual of hurting myself or taking something from myself I am at the very least in control of that act, when in so many other aspects of my life I felt hopeless.”

Last fall, Glass publicly accused former Crystal Castles bandmate Ethan Kath of abuse. (Kath has denied the allegations.) Below, watch the cool, desaturated video for “Mine,” which co-stars RuPaul’s Drag Race alum Violet Chachki and finds Glass playing with a knife at a tea party and lying in a coffin at her own funeral.