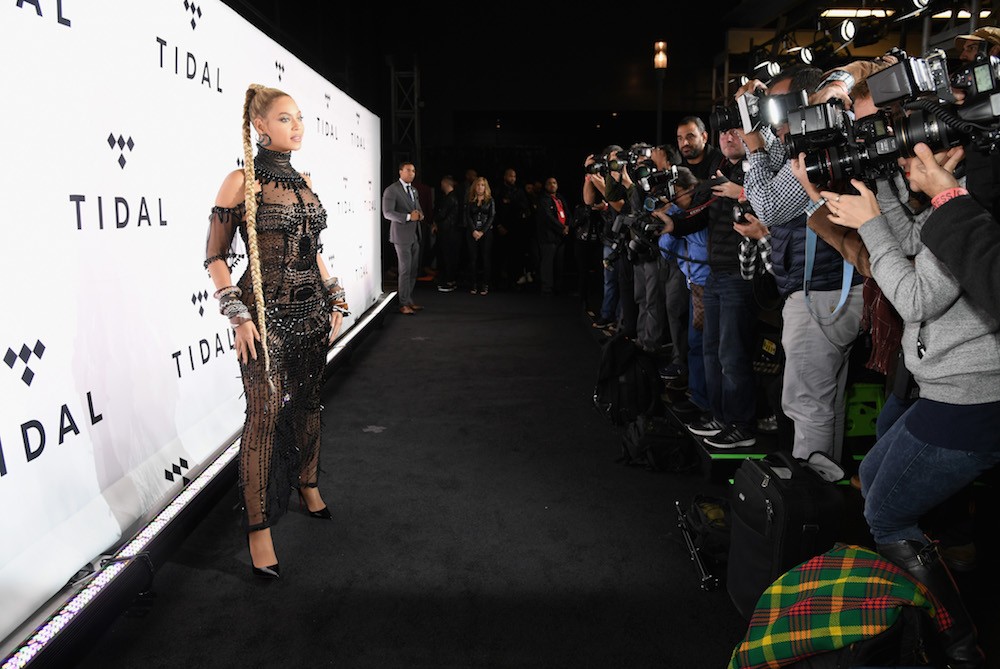 A new investigative report by the Norwegian newspaper Dagens Næringsliv is alleging that Tidal falsely inflated the streaming numbers of Kanye West’s The Life of Pablo and Beyoncé‘s Lemonade by over 300 million total plays. The premium streaming service, which is owned by Beyoncé’s husband and Kanye’s frequent collaborator Jay-Z, is accused of generating “massive royalty payouts” for the two superstars “at the expense of other artists.”

After the release of TLOP in February 2016, Tidal claimed that the album was streamed 250 million times by its users in the first 10 days that it was available. (The album was initially billed as a Tidal exclusive.) At the same time, the streaming service was claiming 3 million subscribers—figures that averaged out to every single subscriber listening to the album eight times a day for 10 days straight. Similarly, Tidal claimed that subscribers streamed Lemonade 306 million times in its first 15 days of availability when it was released that April. Several music industry observers noted the apparent discrepancies at the time.

Dagens Næringsliv’s investigation (which has been partially translated into English by Music Business Worldwide) was based on having received a hard drive containing what appeared to be two billion rows of internal Tidal streaming data. After verifying with record labels that the data on the drive matched the numbers that Tidal had provided to them, Dagens Næringsliv contracted the Norwegian University of Science and Technology’s Center for Cyber and Information Security to run a forensic analysis of the data. The CCIS found that 150 million TLOP plays and 170 million Lemonade plays were “duplicates” that did not reflect the actual listening activity of the subscribers they were attributed to. Tidal’s lawyer said that the newspaper’s data has been falsified, and that the CCIS study was conducted under false pretenses.

If the numbers are legit, the implications for Tidal are serious. According to record label royalty payment reports obtained by Dagens Næringsliv, Tidal paid Kanye’s record label Universal €3.2 million in February and March 2016, the months immediately following his album release. Of that total, €2 million was directed to TLOP, a figure that would presumably be much smaller with 150 million fewer plays. Similarly, Tidal reportedly paid $2.5 million to Beyoncé’s label Sony in April and May of 2016, of a total royalty payment in excess of $4 million.

The CCIS study included the play counts had been falsified based on repeated patterns it found in the data. The 150 million Kanye plays were all logged at precisely the same times of the day, down to the second: 2:00 and 5:00 a.m. The 170 million Beyoncé followed a more complicated pattern based on repeating users’ own authentic plays of the songs, but a pattern nonetheless. “The number of minutes elapsing before the track is re-entered in the log varies, but the time interval is always a variant of a figure multiplied by six minutes (6, 12, 18, 24, …). In addition, the tracks are restarted at the same second and millisecond,” the Dagens Næringsliv reads in part.

To supplement its data, Dagens Næringsliv also spoke with several Tidal subscribers who were identified as very frequent Kanye and Beyoncé listeners in the data. One user, when confronted with numbers showing he had listened to TLOP songs 96 times in one day, answered “It’s physically impossible.”

Update (3:00 p.m.): In a statement given to Variety and Pitchfork, Tidal called the Dagens Næringsliv story “a smear campaign from a publication that once referred to our employee as an ‘Israeli Intelligence officer’ and our owner as a ‘crack dealer.’” The statement continues: “We expect nothing less from them than this ridiculous story, lies and falsehoods. The information was stolen and manipulated and we will fight these claims vigorously.”

The “crack dealer” and “Israeli Intelligence officer” epithets refer to Jay-Z and Tidal COO Lior Tibon, and were used in a previous Dagens Næringsliv story according to Variety.