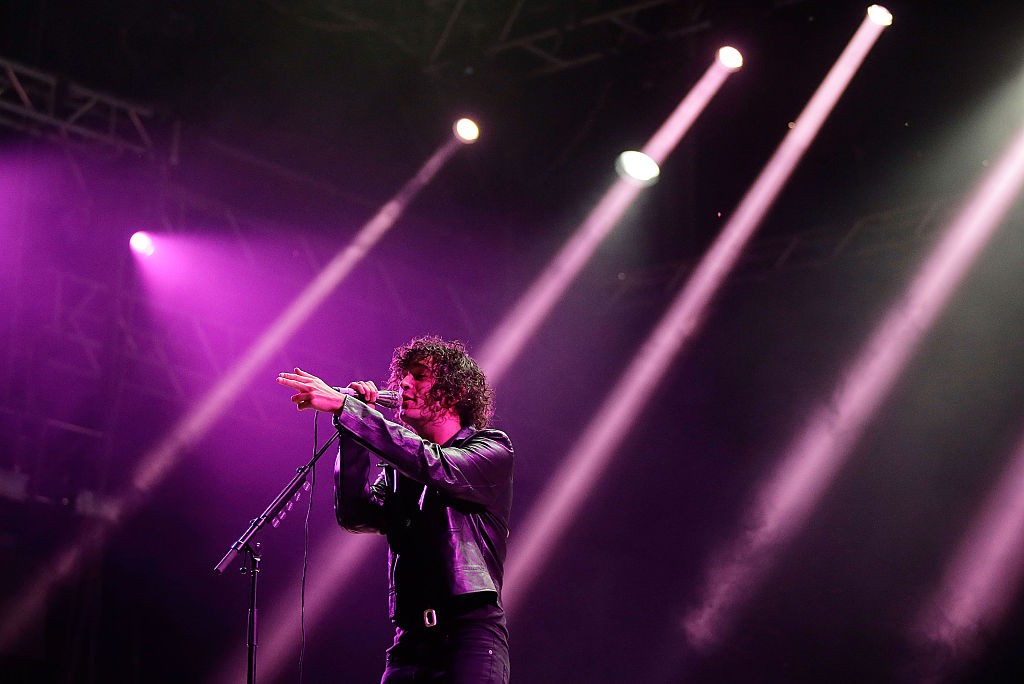 After resurfacing with some mysterious posters earlier this week, British pop band the 1975 have launched a countdown clock timer on their website. It’s set to expire on June 1, when it’s probably safe to expect some kind of new music from Matty Healy and company. As Healy announced several times over the course of 2017—a February tweet, a July Instagram, and an August interview with Zane Lowe—the band’s next album will be titled Music for Cars, reusing the title of a 2013 EP.

The band heralded the countdown on social media with a collage-style image featuring a stealth plane and the word “Hello”:

The plane photo follows an earlier image featuring white text on a black background, beginning with the words, “First, disobey; then look at your phones.” Some fans have also reported spotting related Music for Cars posters in the wild.

Healy had originally teased an initial song release in 2017 to be followed by an album in summer 2018, telling Dork magazine in late 2016, “I just know we’ll definitely put out a single next year or an EP which will lead up to the album which I reckon will come out early summer 2018, and it’ll be really sad but it’ll change the world ‘cause it’ll be fucking sick.” With no new music yet, though, it appears that time timetable may have moved back somewhat.

The 1975’s most recent studio album was 2016’s impressively titled I like it when you sleep, for you are so beautiful yet so unaware of it. Last year, the band released a cover of Sade’s “By Your Side” as a charity single, as well as DH00278, a live album recorded at London’s O2 Arena. Revisit Spin’s 2016 interview with the 1975 here.