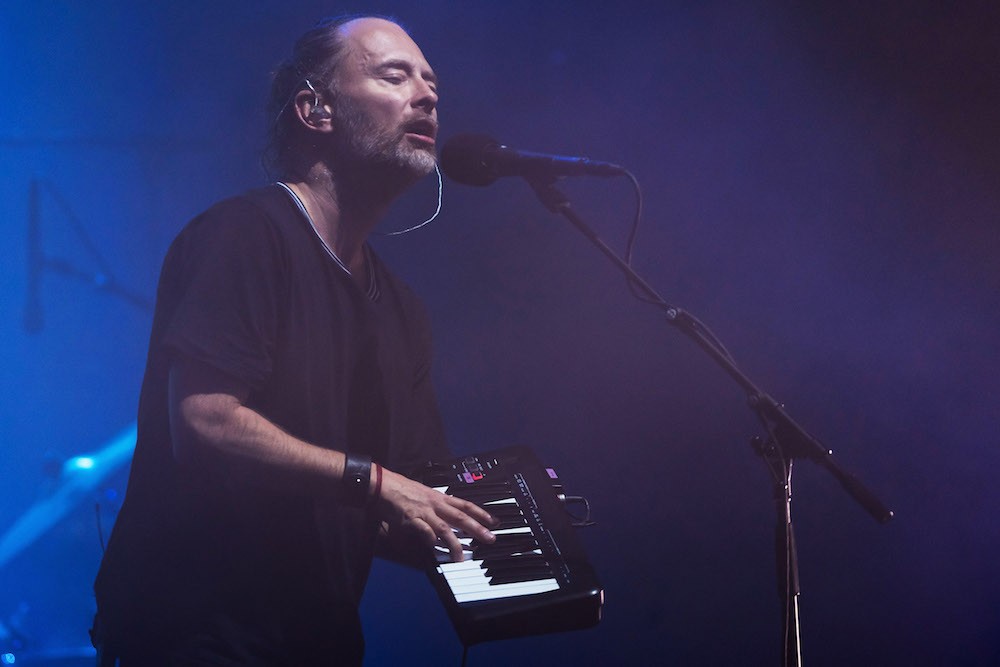 Radiohead’s “Spectre” is a gem of their recent catalog that fans almost missed out on: The band was commissioned to write it for the 2015 Bond film of the same name, but the studio turned it down and went with Sam Smith instead. Fortunately, the band ultimately released it anyway, but so far, they’ve never played it live. As Stereogum notes, that sort of changed last night, when Thom Yorke debuted a spare keyboard-and-voice arrangement of “Spectre” at a solo show in Milan, marking the first time he’s played it live in any configuration. Hear it below.