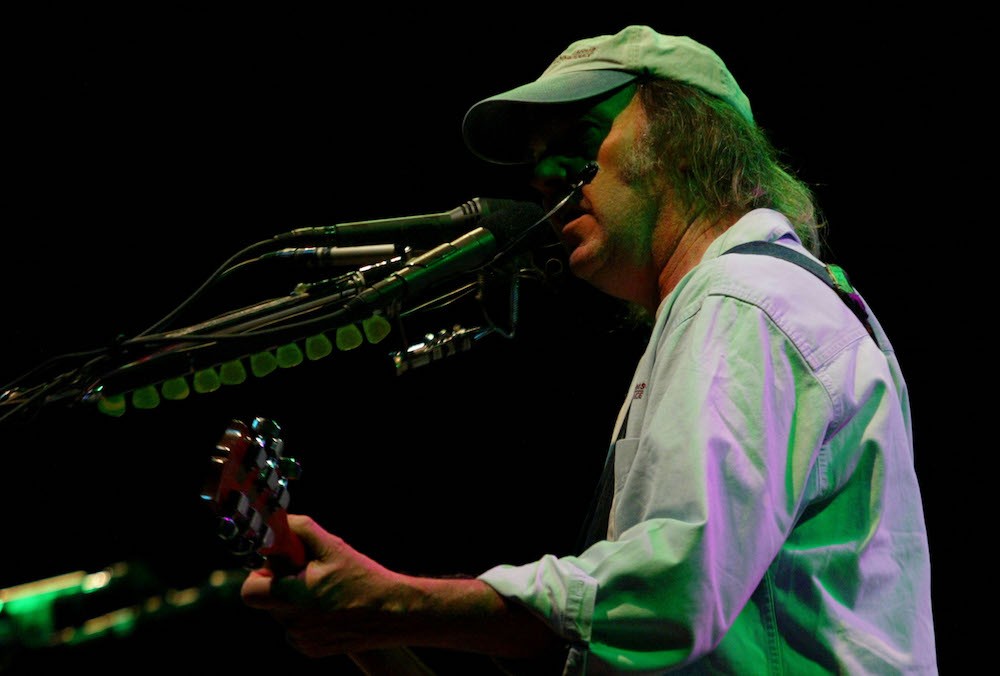 It’s a great time to be a Neil Young fan. He’s playing live with Crazy Horse, he’s pumping out new albums and reliably bonkers extracurricular projects as steadily as ever, he’s raiding his archives and releasing excellent vintage shows and unheard records. And according to Neil, there’s more coming. In a new interview with Yahoo, the legendary songwriter and guitarist said there are “four or five Crazy Horse albums that have never been heard, that are sitting there ready to come out.”

Young also detailed an animated film that he conceived to go along with his polarizing 1982 record Trans, which featured Neil singing through a vocoder over stiff synth grooves and earned him a lawsuit from his own record company. He told Yahoo that the film was never actually created because his record company Geffen “pulled the funding for the videos because they didn’t like the record.” Thirty-six years later, Young now plans to produce and release the 35-minute film along his recent collaborator Micah Nelson, the 27-year-old son of country icon Willie.

Trans has a poignant backstory: Young created it as a statement about the difficulty of communicating with his son Ben, who was born with cerebral palsy and unable to speak. (Hence the chilly, difficult-to-understand vocals.) The planned film would elucidate this concept more explicitly, featuring “electronic-voice people who were working in a hospital, and the one thing they were trying to do is teach this little baby to push a button,” according to the Neil bio Shakey. “Some people loved Trans; a lot of people, they were just lost,” Young told Yahoo. “But without the [accompanying planned] video, it’s like really half of a letter, cut down the middle.”

As for the four or five Crazy Horse albums, Young told Yahoo that they would soon be released via his Neil Young Archives digital library project, but offered no more information than that. That sounds like quite a lot, but Neil has a famously deep and fruitful vault, so we’ll see.