Madonna, Katy Perry, Nicki Minaj, Migos, Solange, Lana Del Rey, and SZA were the among the musicians attending tonight’s Met Gala, the star-studded annual fundraising dinner for the Metropolitan Museum of Art’s Costume Institute. The theme this year is “Heavenly Bodies: Fashion and the Catholic Imagination”; the accompanying museum exhibition explores the relationship between fashion and Catholicism with religiously inspired couture designs and real ecclesiastical garments. Creative takes on religious imagery were everywhere on the Met’s pale-yellow arrival carpet, as were veils, halos, long trains, and lots of gold and jewels.

Rihanna, one of the gala’s co-hosts, wore an intricately beaded Margiela dress and mitre-style hat with a clear papal inspiration. 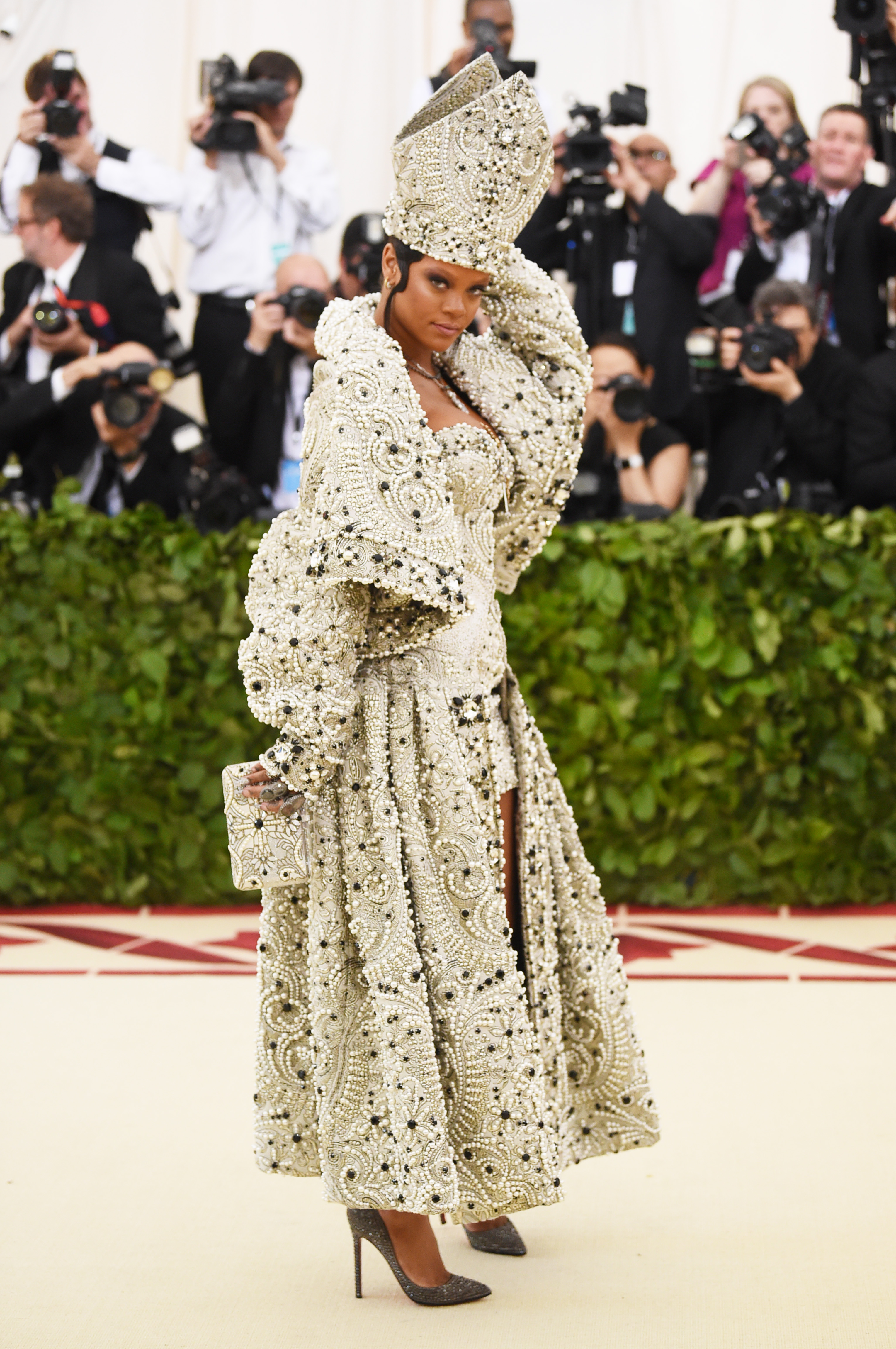 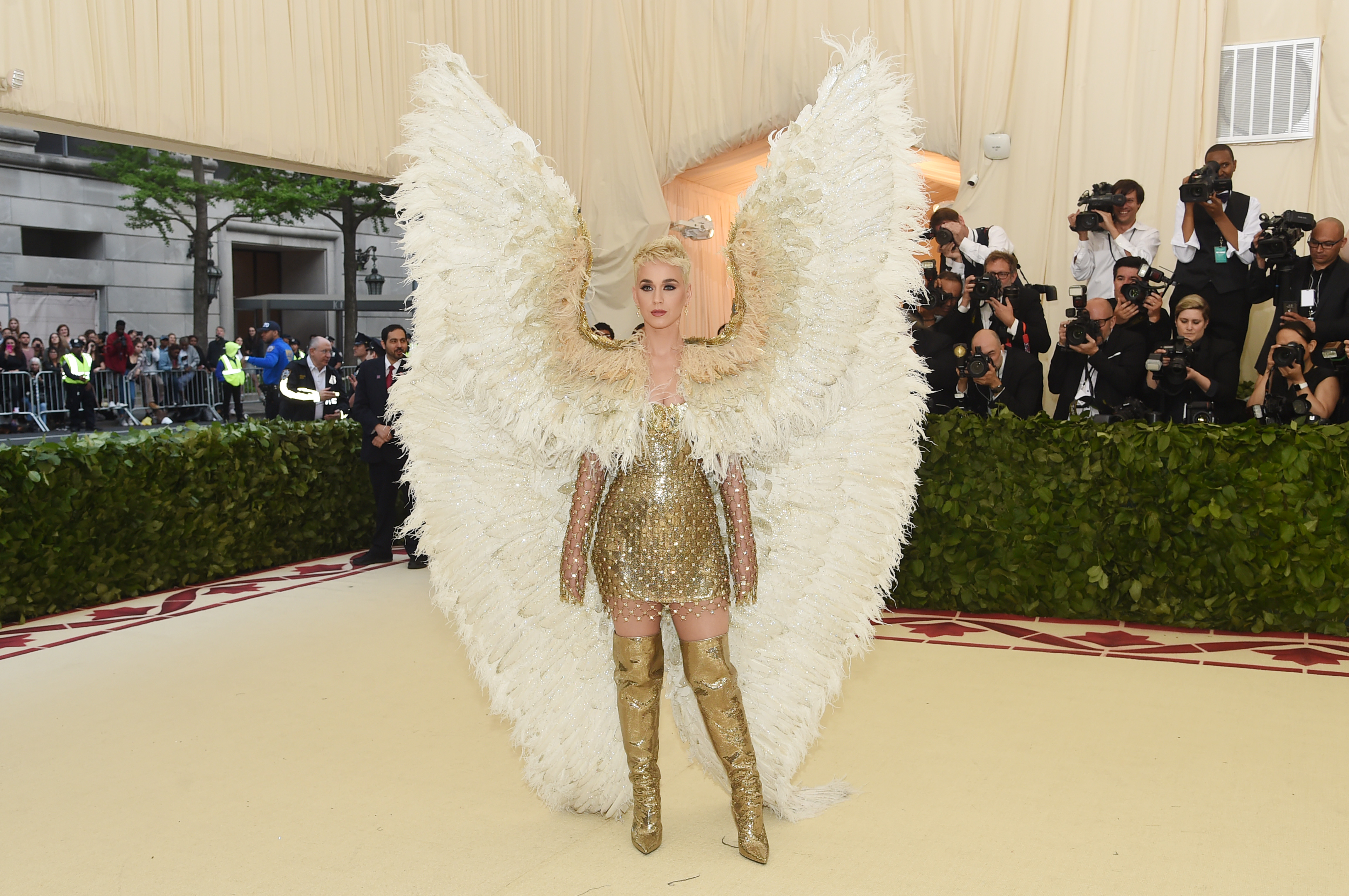 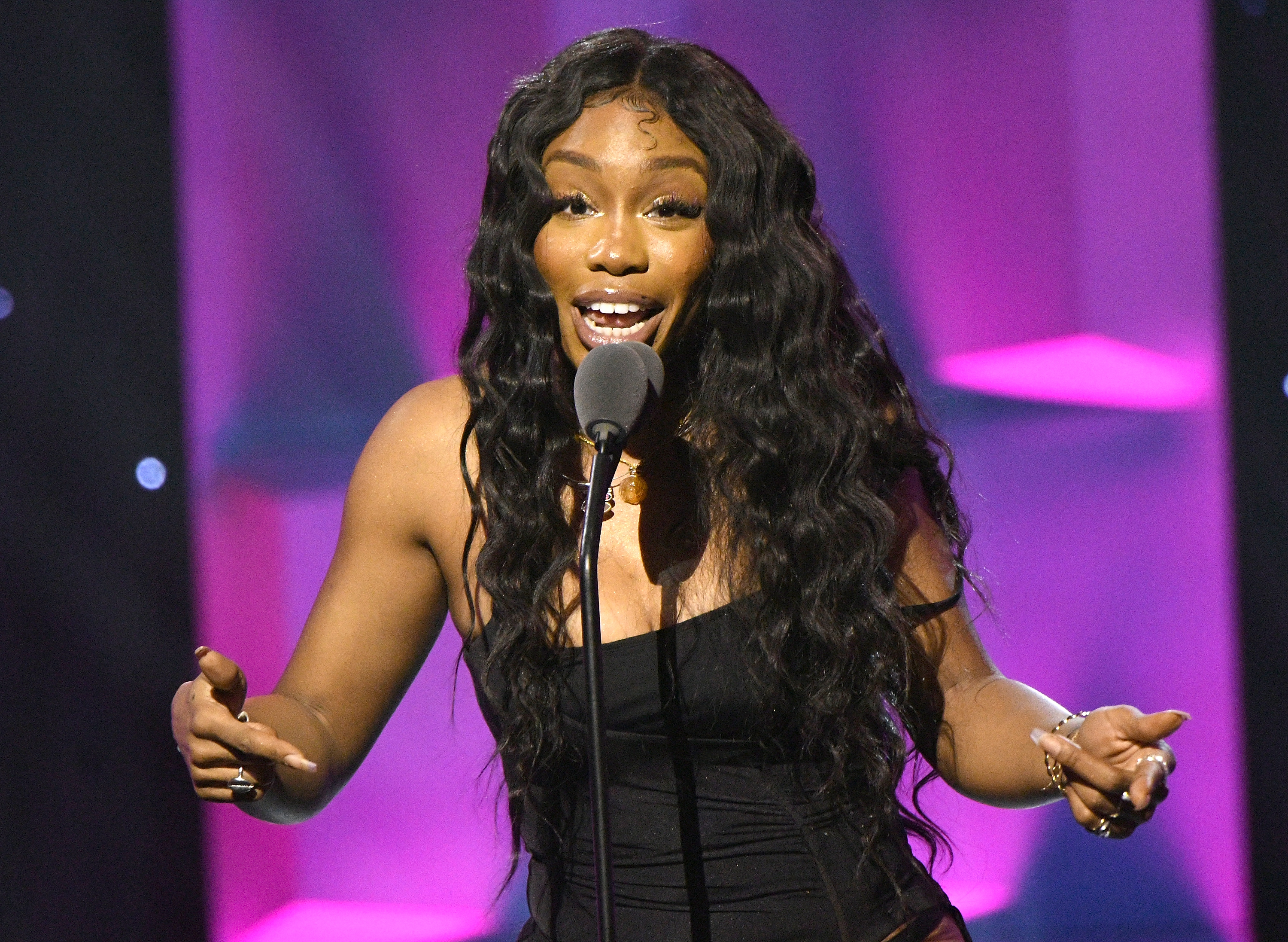 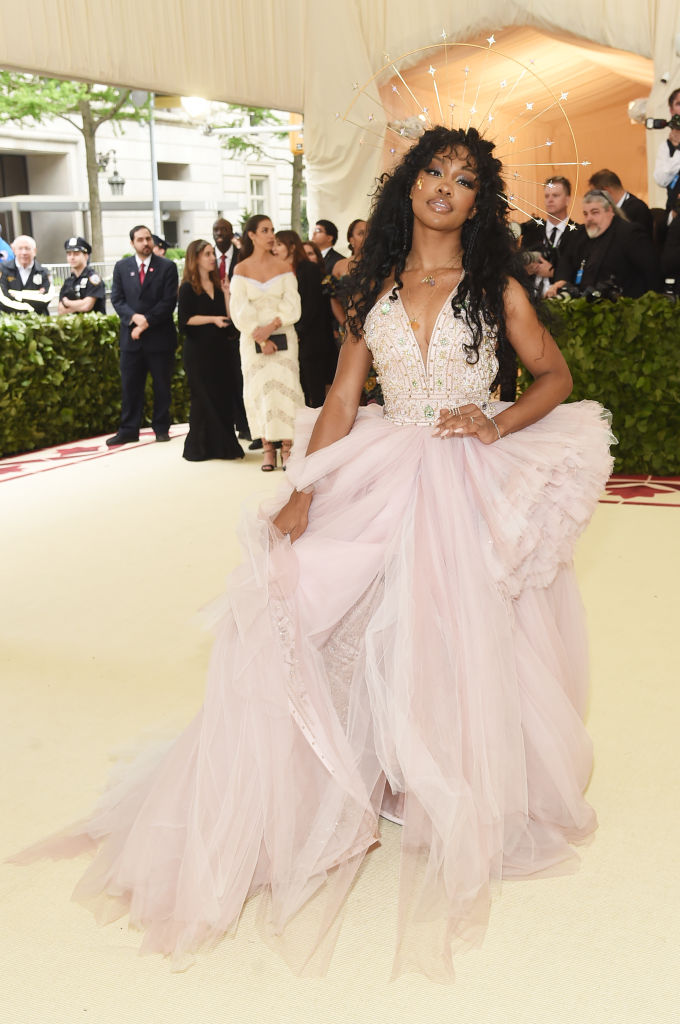 Fresh off hosting Saturday Night Live this past weekend, Donald Glover sported an on-trend shade of mauve with a golden “illuminati triangle” appliqué on the back of the jacket. 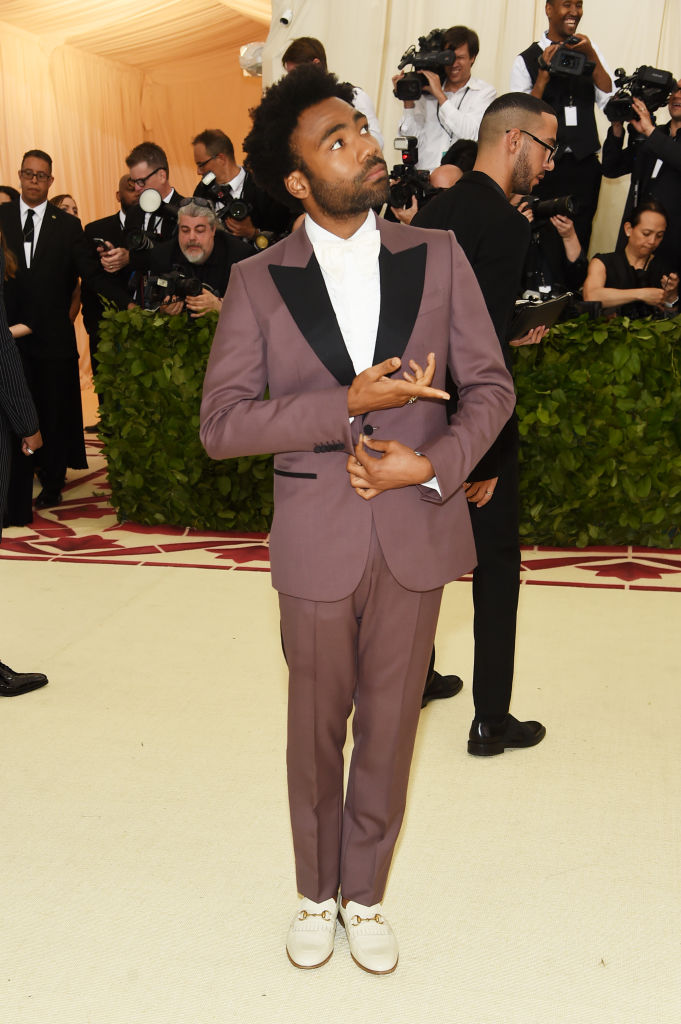 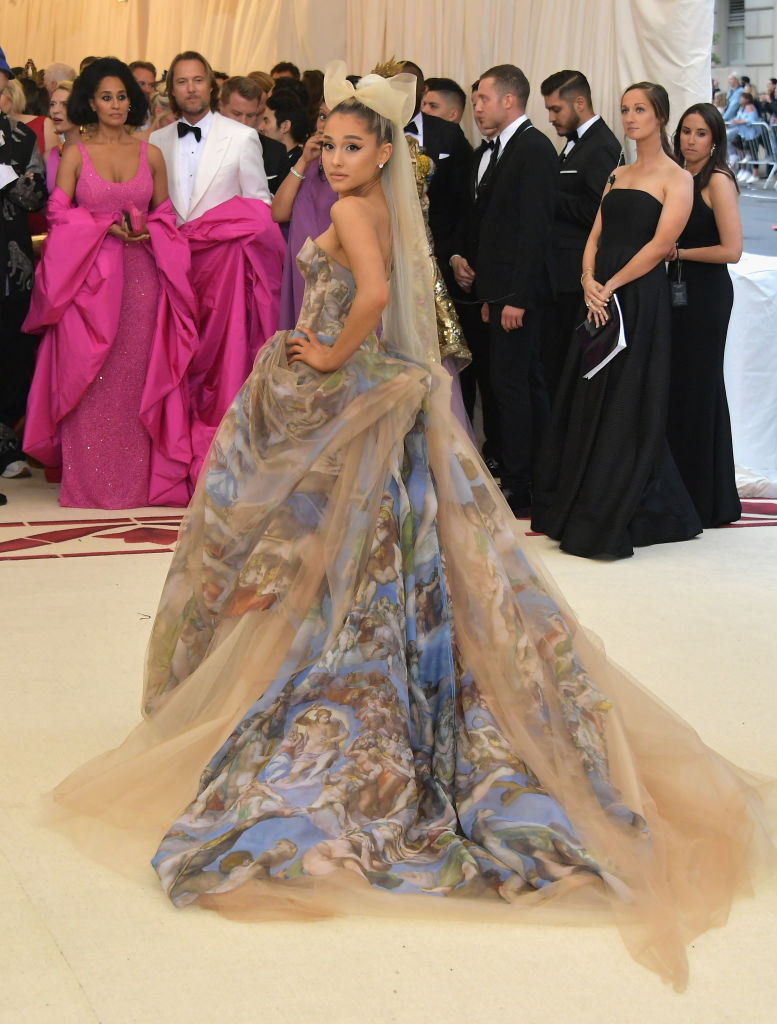 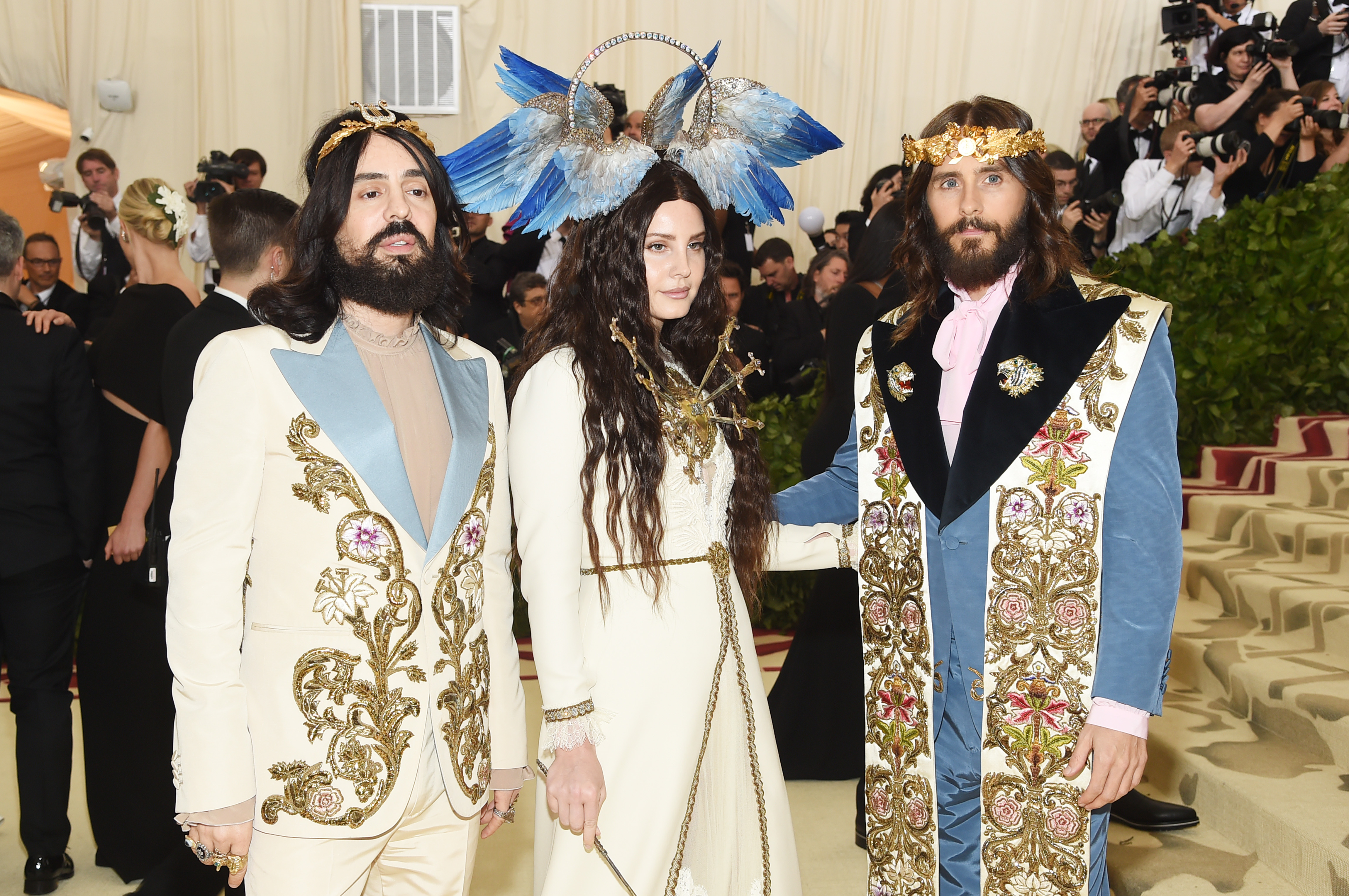 The cross-emblazed bodice of Jennifer Lopez‘s Balmain gown was one of the more literal approaches to the night’s theme. 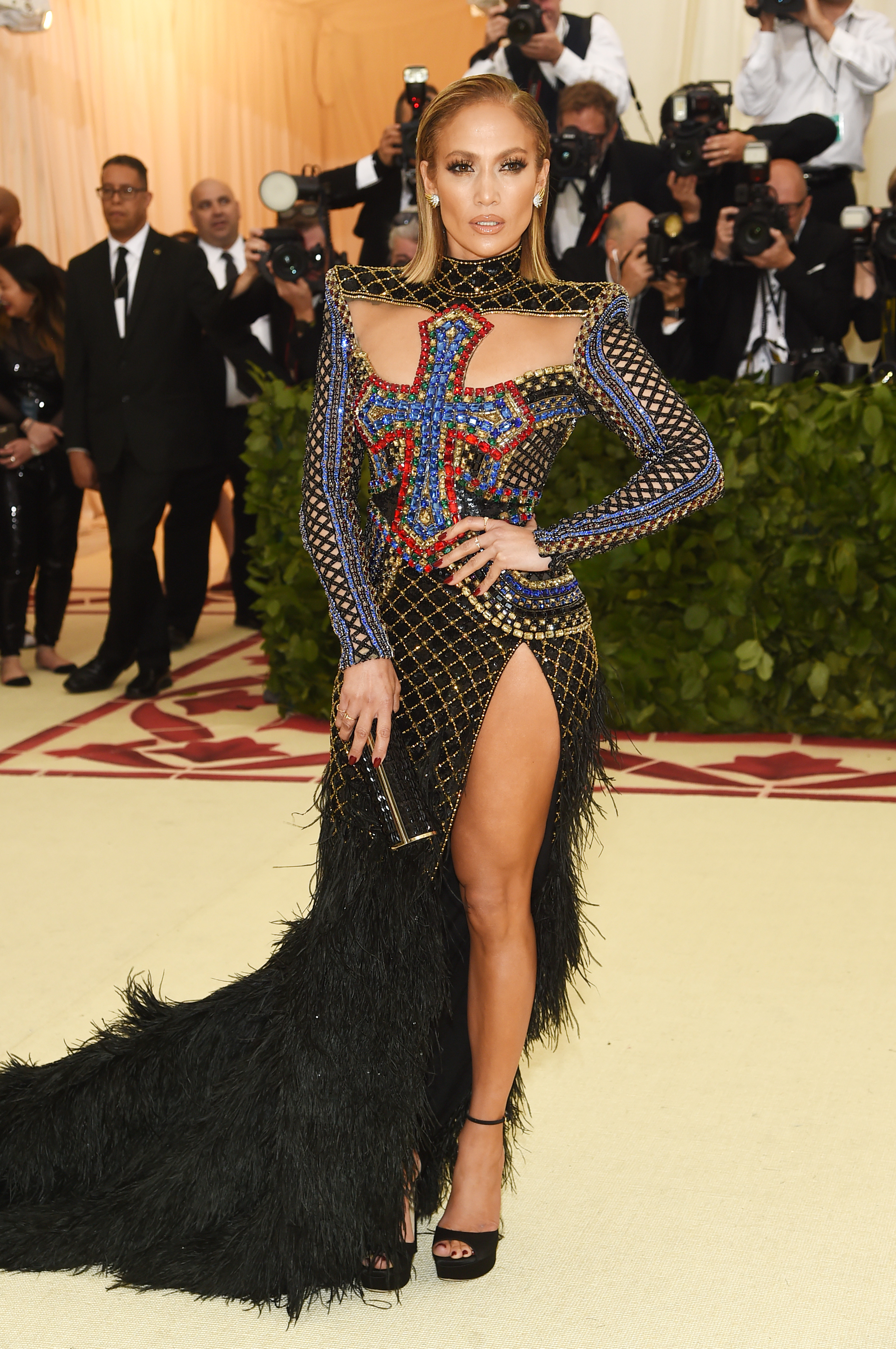 Famously pregnant Cardi B looked majestic in a bejeweled Moschino gown, necklace, and headpiece. She was accompanied by designer Jeremy Scott, who wore a coordinating suit. 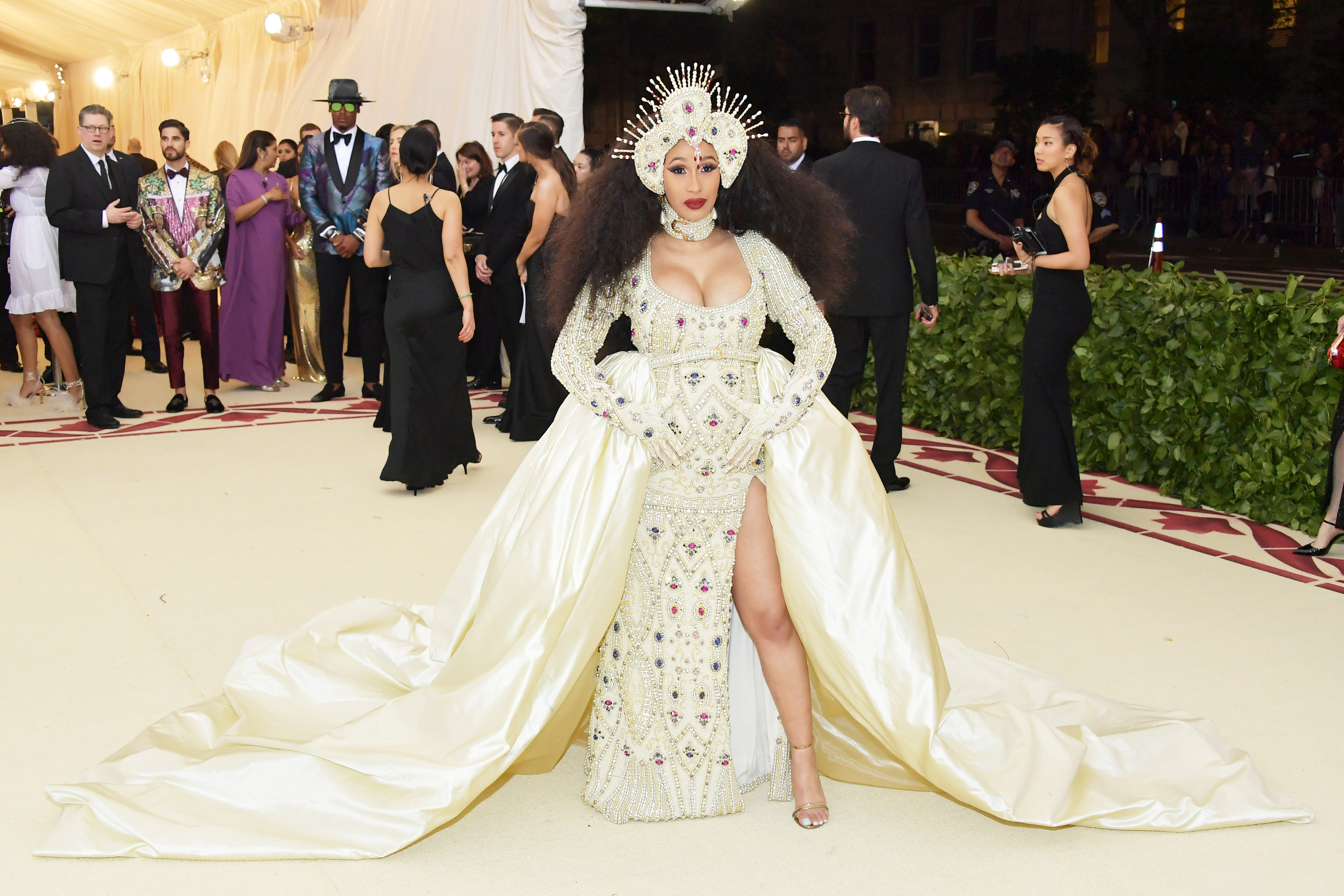 After holding a Twitter poll to allow fans to choose her Met Gala gown, Solange opted for a structural black dress by Iris Van Herpen and made a statement by pairing a durag with a golden halo. 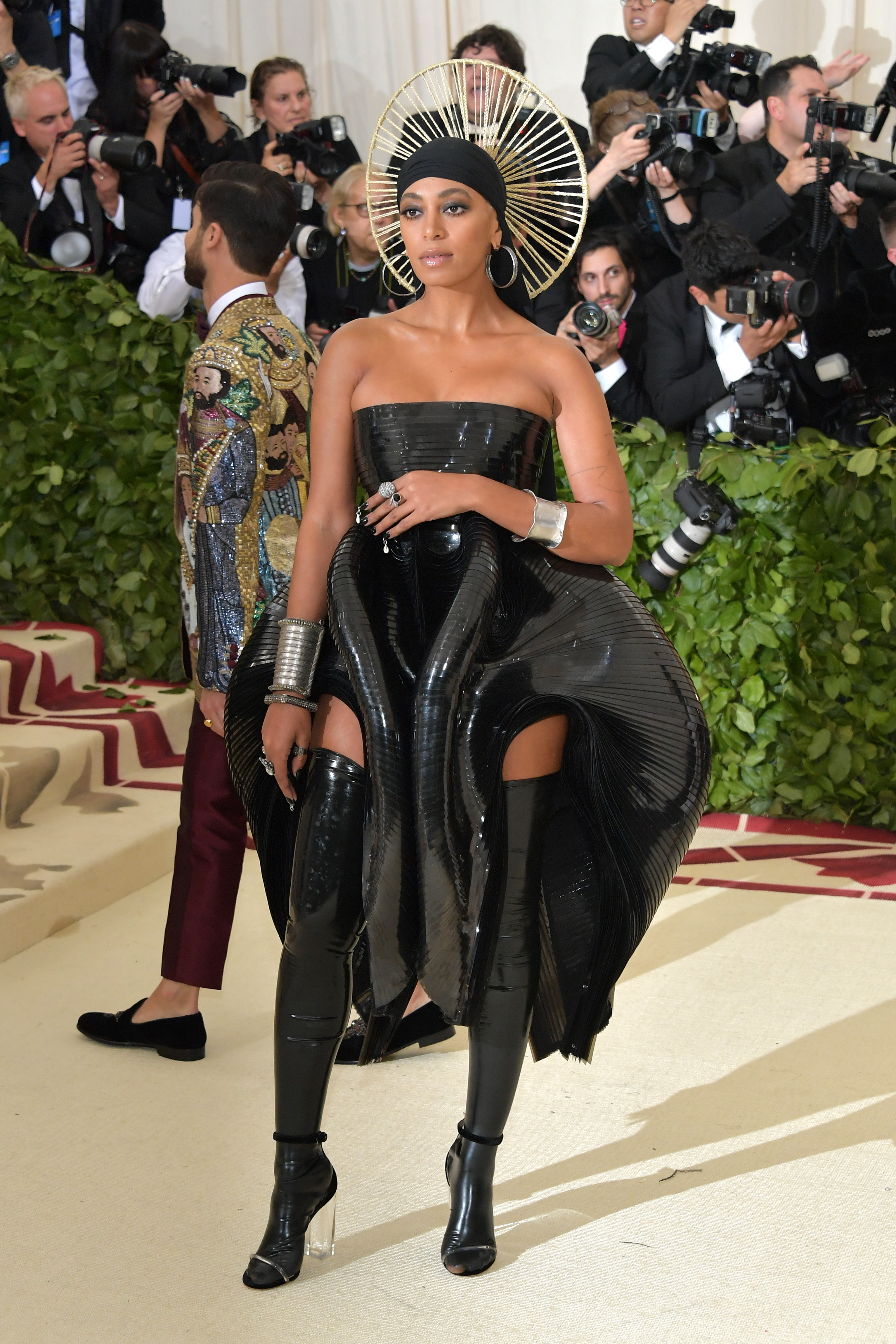 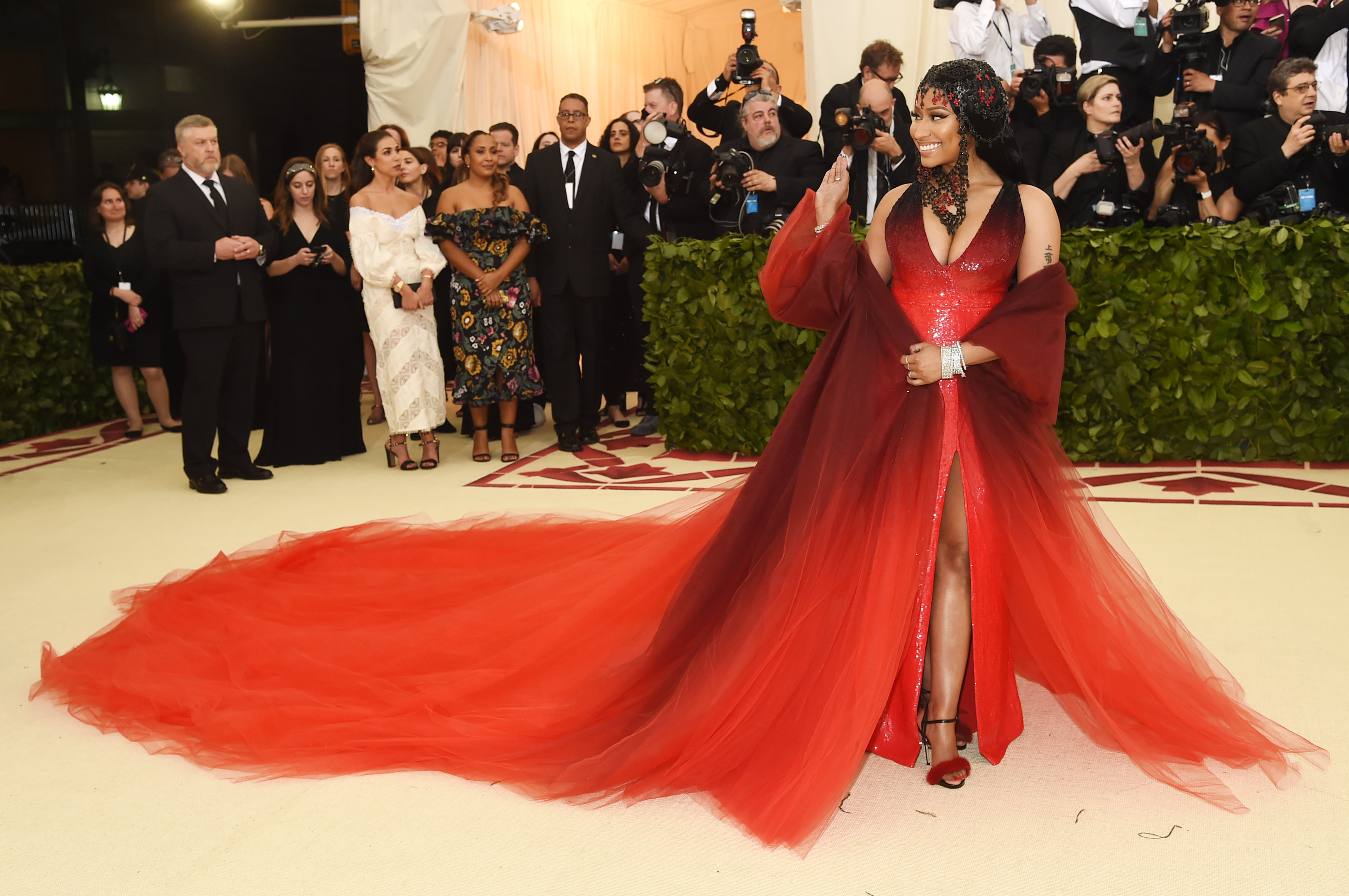 Selena Gomez appeared in a translucent tiered dress by Coach, the brand she represents; at first glance, it doesn’t seem as thematically inspired as some other looks, but Gomez, who’s an observant Christian, wore a small crucifix necklace and reportedly concealed a quote from scripture on a ribbon within the gown. 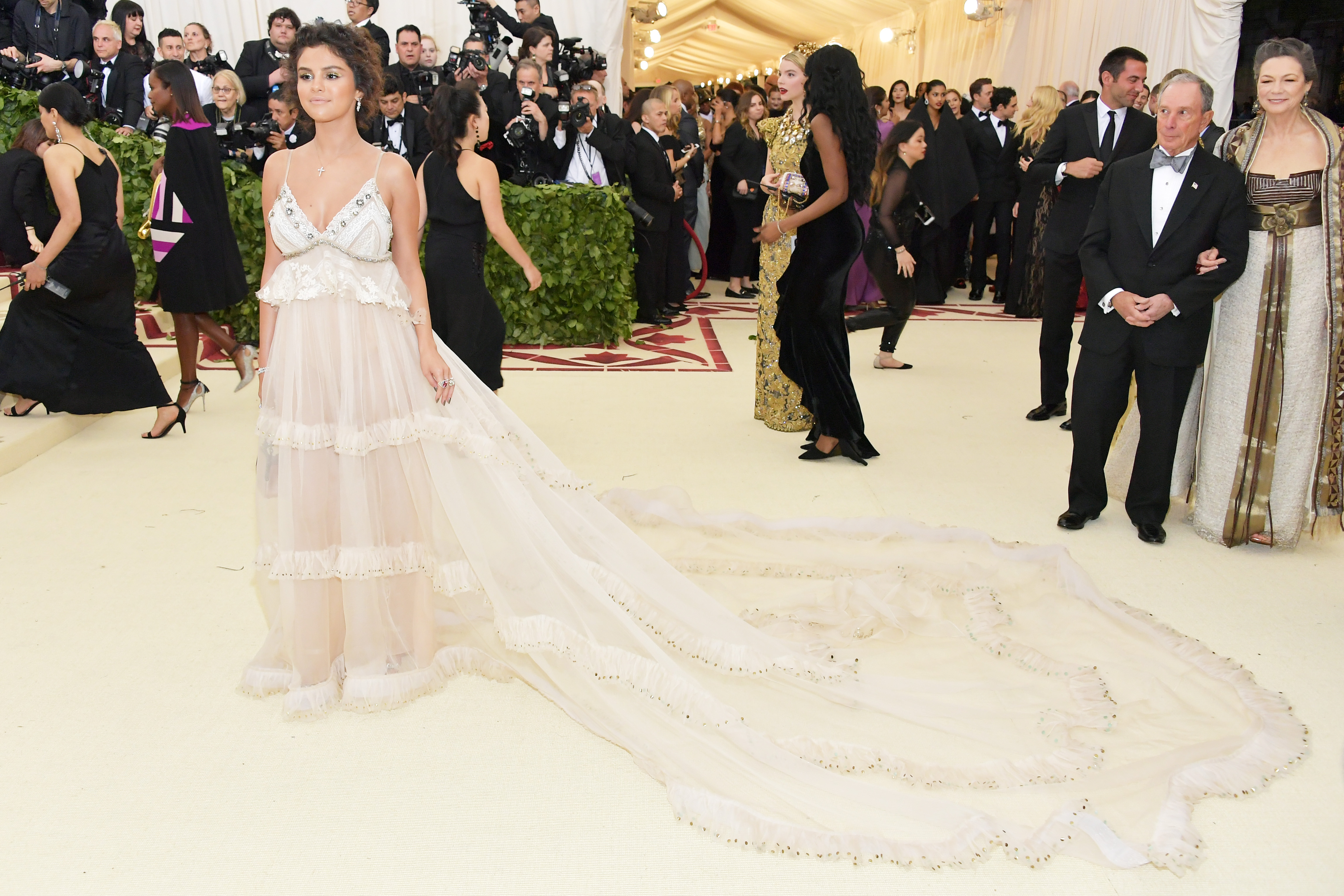 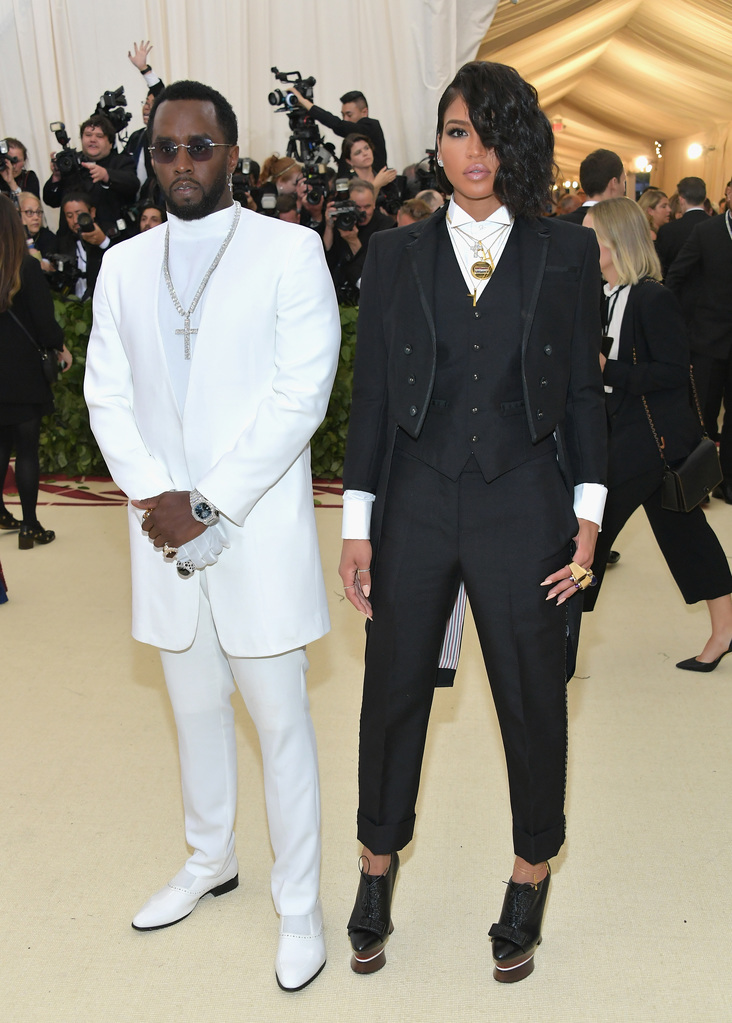 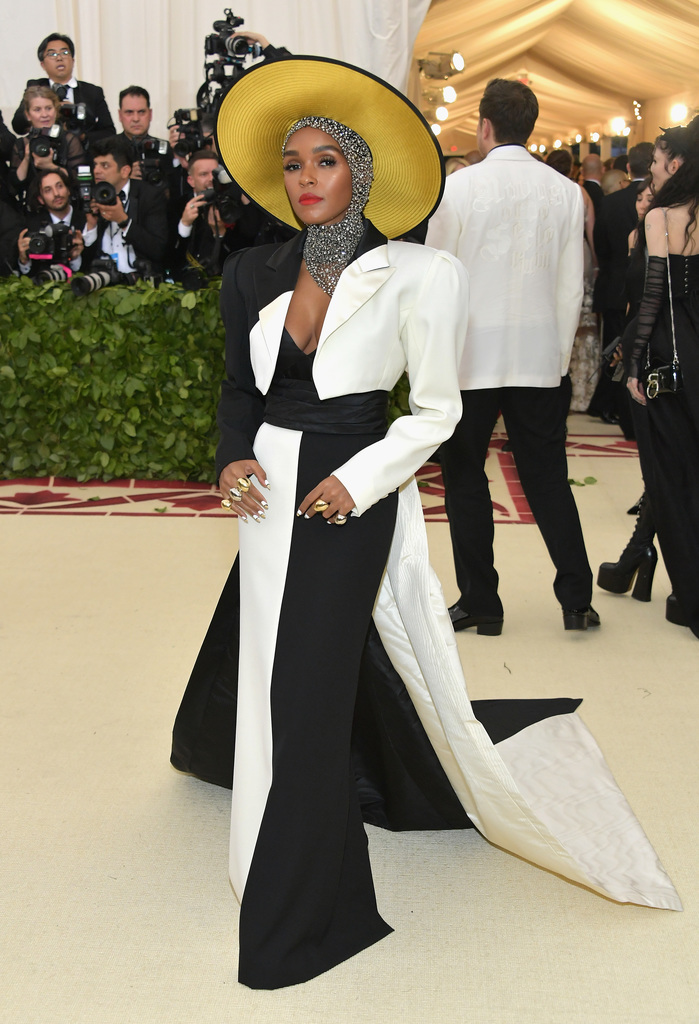 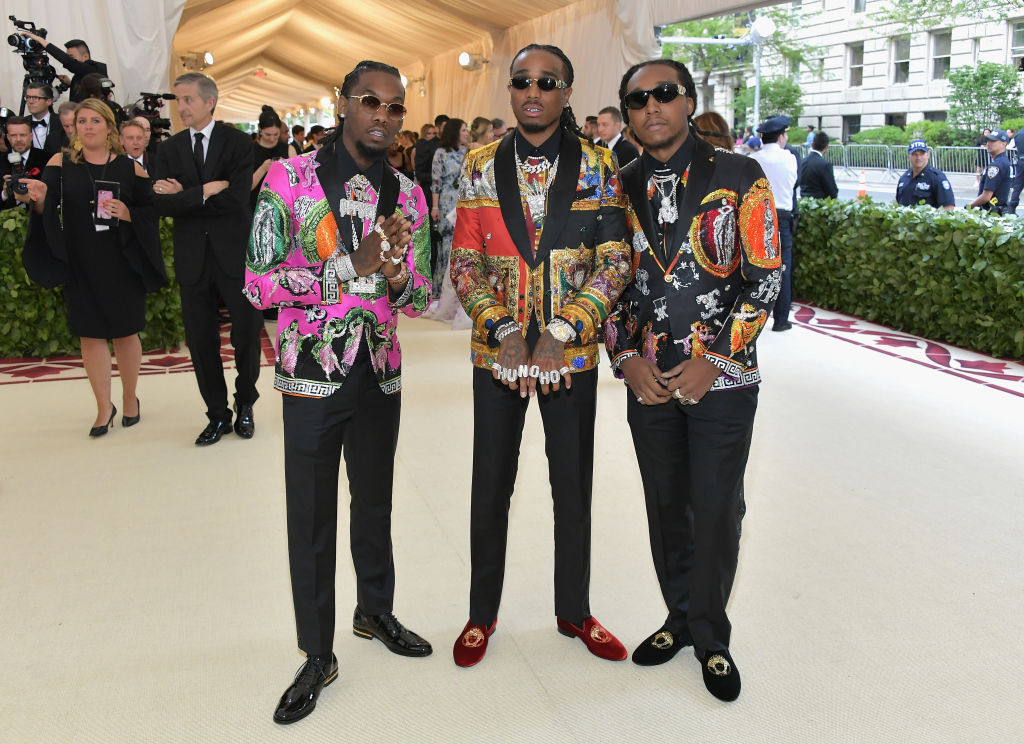 Finally, of course, there could hardly be a Catholic-themed Met Gala without Madonna, who wore a serious-looking Jean Paul Gautier gown with a crucifix necklace, a full veil, and a crown of gold crosses. 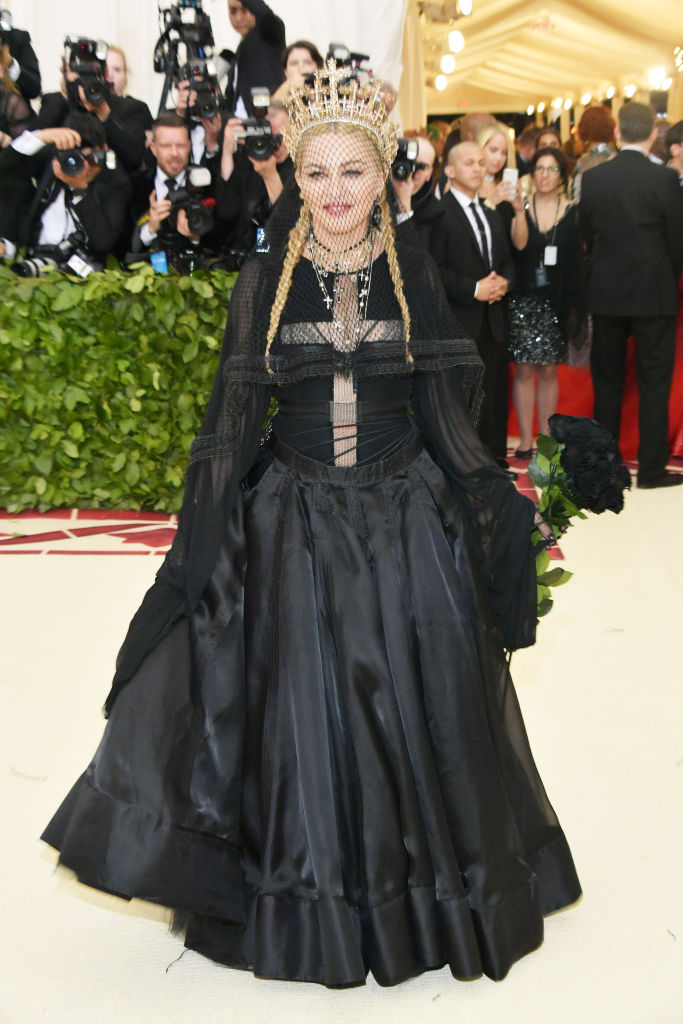 Oh, and Grimes attended with Elon Musk and wore a Tesla logo necklace.