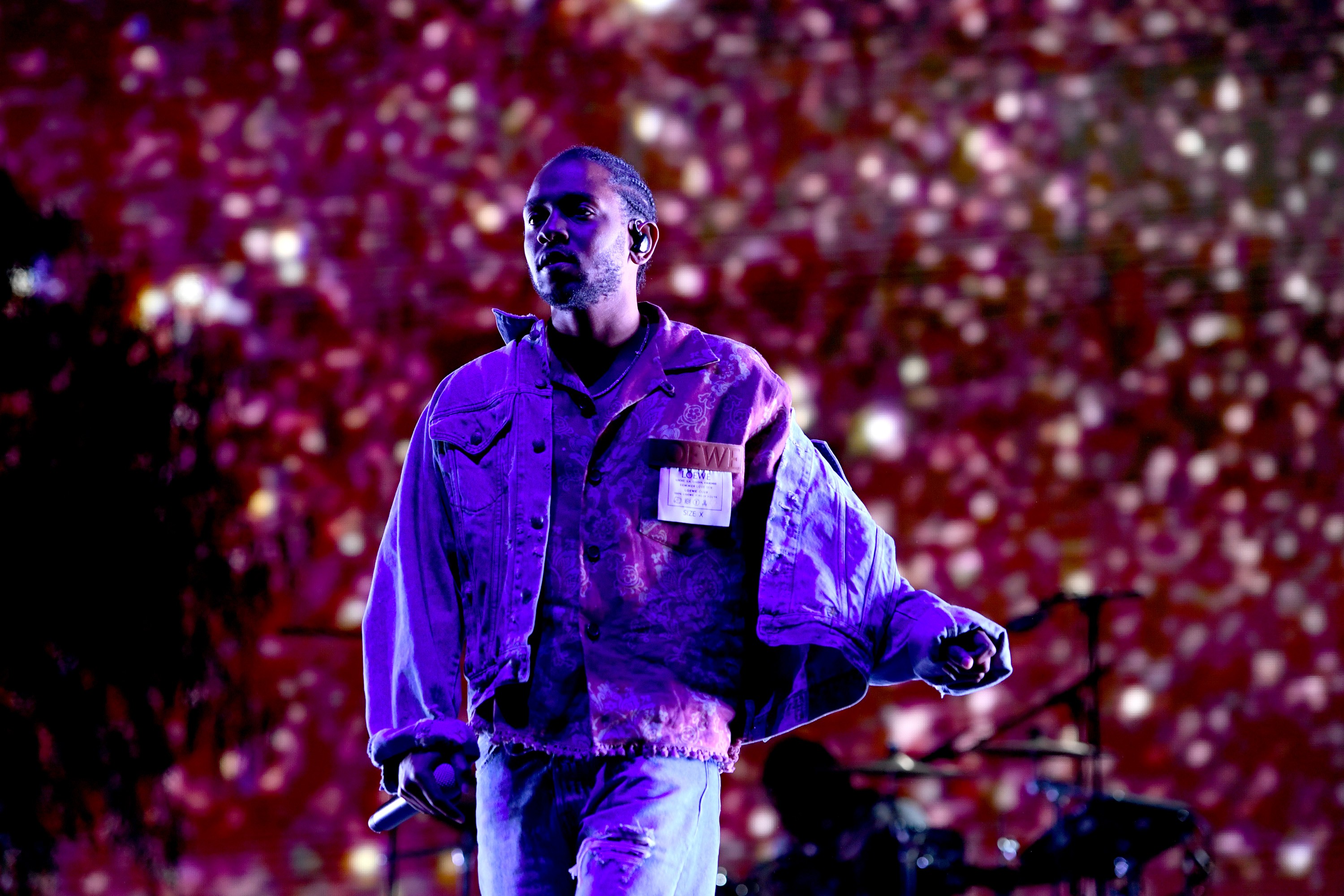 Kendrick Lamar was the headliner for Alabama’s Hangout Music festival on Sunday (May 20). Always one to put on a great show, Kendrick decided to bring fans onstage to rap along to one of his big, rowdy crowd-pleaser records, “M.A.A.D City.” One of the concertgoers invited onstage was a white woman named Delaney, who was clearly very eager to enjoy the once-in-a-lifetime opportunity to rap alongside Kendrick Lamar. Unfortunately for her, things only got worse from there.

The problems arose when Delaney blurted out the “n-word” contained in the song’s chorus multiple times, garnering boos and jeers from the audience. Kendrick Lamar, trying to save the situation and Delaney, stopped her performance, prompting her to sassily ask the rapper and Pulitzer prize winner if she’s “not cool enough for him.” Lamar responded by asking her to just “bleep one single word.” She apologized and tried again, but on her second attempt she failed to stay on the beat and was visibly nervous. Kendrick, swiftly and mercifully, then shut down her performance.

According to HotNewHipHop, Delaney said that she’s “used to singing it like [Kendrick] wrote it.” That’s probably true, but it only works to indict her more in what is one of the more salient analogies for the commercialization of black culture. For as much praise and adulation Kendrick Lamar gets for his racial and social commentary, he’s a global superstar with a large white fanbase that enjoys rapping along to songs like “M.A.A.D City” without really thinking about the things they’re gleefully repeating.  You can check out the video of her excruciating performance below as well as videos of another fan who performed onstage more successfully.

This bitch really just said the N word on stage with Kendrick LAMAR! WHAT THE FUCK BITCH! YOU JUST BURIED YOUR GRAVE!!!! @kendricklamar @hangoutfest pic.twitter.com/OJLnIisHyN

On the other hand Rohan was hype as fuck #HangoutFest #KendrickLamar pic.twitter.com/G8dn88h3ly