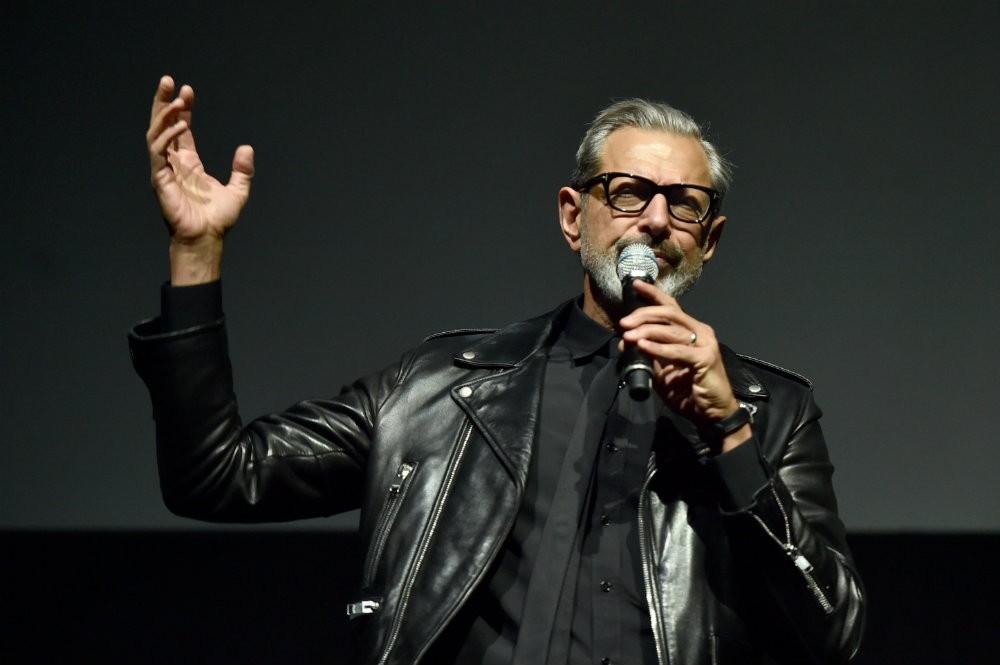 Actor/ walking charisma factory Jeff Goldblum is putting out a jazz album, Variety reports. Goldblum’s affinity for jazz piano is well known, as anyone who attended his Wednesday night performances with his band The Mildred Snitzer Orchestra at Rockwell Table & Stage in Los Angeles can tell you, but Decca Records executives took notice of the actor’s musical chops when he performed Nat King Cole’s “Mona Lisa”  with singer Gregory Porter on The Graham Norton Show during the Thor: Ragnorak press tour.

“We are delighted to welcome him to Decca,” Tom Lewis, A & R director for Decca told Variety. “He’s a fantastic jazz pianist, a great band leader and just about the loveliest man in the world. His love of jazz is infectious and whenever he plays he makes you feel very happy.”

Goldblum, a musician since childhood, sounds equally stoked to join the label, which has put out records by greats like Louis Armstrong and Billie Holiday.

“I’m so happy to be in cahoots with the wonderful people at Decca,” Goldblum said, “one of the coolest and most prestigious labels of all time.”

According to Los Angeles Magazine, the highlight of Goldblum’s performances lies in his stage banter and tendency to interact with the crowd. From LA Mag:

He plays a game where, with the audience’s help, he connects one film or actor to another through a human-IMDb wormhole. He plays “Would You Rather?,” asking the crowd to register their vote with applause on the bangability of Paul Newman versus Robert Redford. Between songs, the show’s director, John Mastro, hands Goldblum pieces of paper with more crowd games, and the actor plays his greatest improvisatory instruments—his speaking voice and his wit—as he queries the audience on things like what hypothetical statements would constitute dating deal-breakers, and ways to “pornify” famous movie titles.

We have faith that the actor/Dad’s unreasonably sexy friend will translate some of that IRL charm to the record, the details of which have yet to be announced.

🎼”It Don’t Mean A Thing If You Ain’t Got That Swing!” 🎶 Back tonight @la_rockwell with my band for our Wednesday night gig. More jazz! More quizzes! More selfies! #mildredsnitzerorchestra #jazzstandards #tonybennett (@gq, 📸: @yopeteryang and 👔: @atvottero)

Jeff Goldblum’s Laugh Gets a Trap Remix and a Video