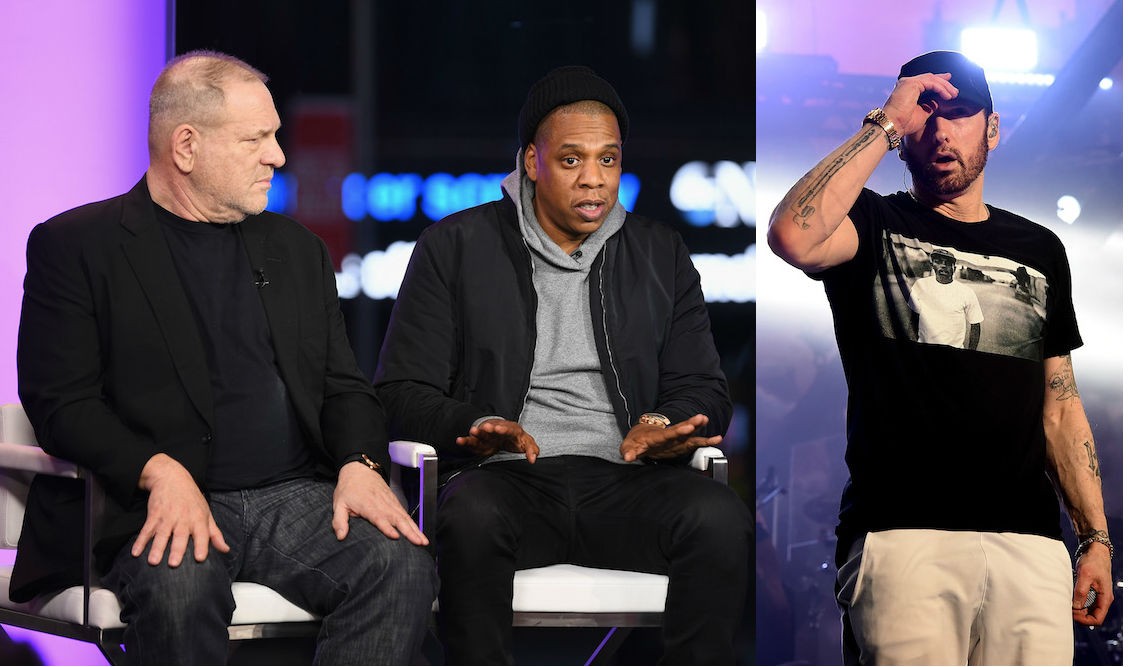 Both Jay-Z and Eminem have filed court documents alleging that the Weinstein Company owes them for unpaid work. The filings were made as a part of the former powerhouse film studio’s ongoing bankruptcy proceedings, and claim that TWC owes Em and Jay six figures each.

According to the celebrity gossip site The Blast, Jay-Z is claiming that the company owes him over $480,000 for his work on as producer on two TWC documentaries about Trayvon Martin and Kalief Browder. When it filed for bankruptcy in March after a wave of sexual misconduct allegations against its founder Harvey Weinstein, the company claimed it did not owe Jay anything for the Martin or Browder projects.

Eminem is claiming that the company owes him $352,000 for his work as soundtrack producer for the 2015 film Southpaw, for which he also recorded an original song. The rapper alleges that only $48,000 of the bill has been paid.

The rappers are not the only stars to whom the Weinstein Company owes money. A list of creditors published as part of the bankruptcy proceedings includes Quentin Tarantino, Daniel Radcliffe, Ryan Coogler, David Bowie, Malia Obama, and many others.