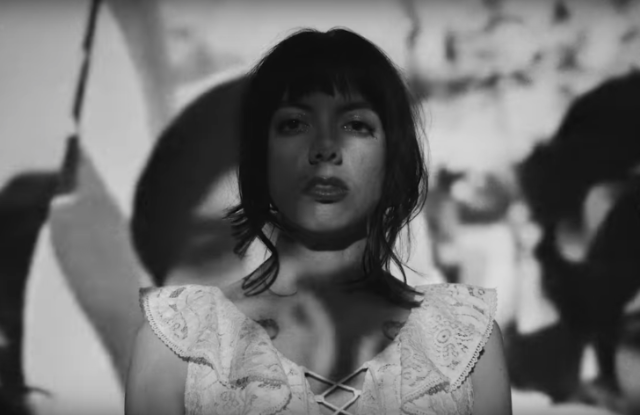 Hurray for the Riff Raff have released a short film, based around The Navigator’s stand-out ballad “Pa’lante.” Starring Mela Murder of the Oscar-nominated The Florida Project and directed by Kristian Mercado Figueroa, the film depicts how Puerto Ricans affected by Hurricane Maria continue to move forward.

The lyrics initially depict the effects of assimilation (“colonized and hypnotized, be something/sterilized, dehumanized, be something”) before transforming into something uplifting via a sample from poet and Nuyorican Poets Cafe founder Pedro Pietri. “Pa’lante” itself is an expression meaning “onward, forwards”, and that really shines through as the Puerto Ricans in the video rebuild their community. During the segment with Pietri’s poem, frontwoman Alynda Segarra herself is featured in context with both her father and clips of activist group the Young Lords.

Shot earlier in 2018, the final minute of the video is silent, showing the devastation that Maria caused. The video is dedicated to the director’s grandfather Felipe Figueroa Rosa, “who died in the aftermath of hurricane [sic] but will not be forgotten.”

The video is in support of the PRIMA Relief Fund, which is dedicated to sustaining independent artists following Hurricane Maria. Puerto Rico’s apparently heading back to hurricane season at the start of June, making a video like this all the more necessary. Watch the powerful video below.