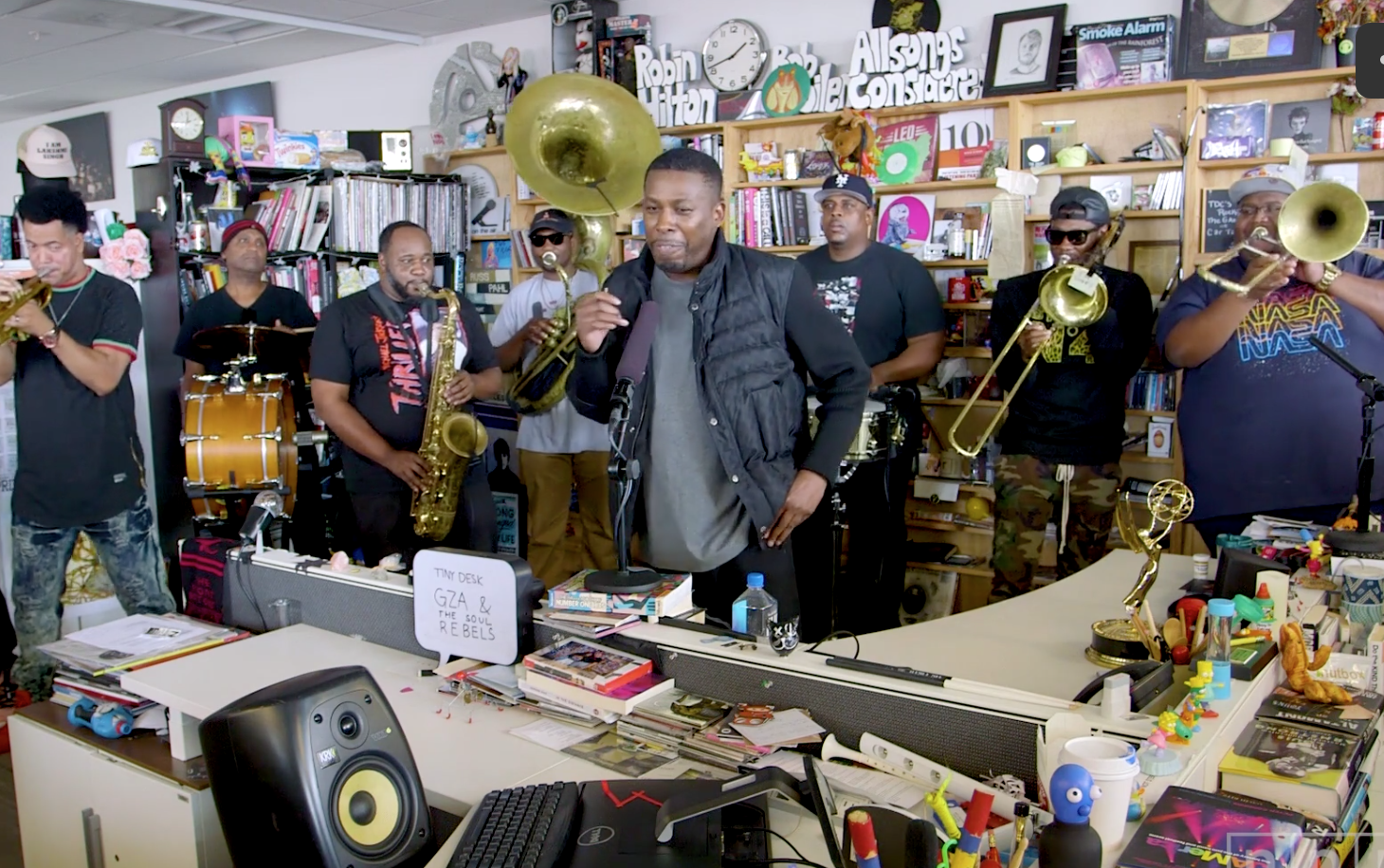 Wu-Tang Clan’s own GZA recently stopped by NPR to perform a Tiny Desk concert. The repertoire was entirely taken from the rapper and producer’s beloved 1995 solo album Liquid Swords. He performed the album’s three opening tracks while backed by the Soul Rebels, a lively New-Orleans-styled horn section and light marching band percussion. GZA reminisced about working with RZA in Staten Island on the Liquid Swords album later in the set: “We were drinkin’ 40s. There was a little smoke in the air, and we were playing chess.” Read our 2015 20th anniversary interview with GZA about Liquid Swords here, and watch the concert below.