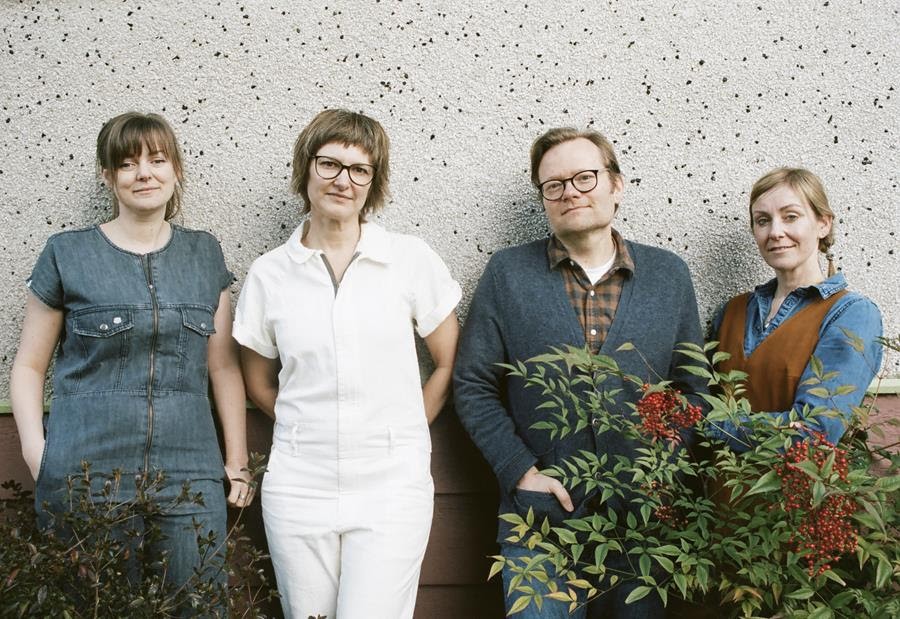 Frog Eyes have released “Your Boss’s Shirt,” the final single from their upcoming farewell album Violet Psalms. Unlike some of the Vancouver band’s most impressive achievements of their 15-year-plus tenure, it is a miniature rather than an epic, emerging out of some pointillistic guitar counterpoint. The unusually structured melodies here are reminiscent of early music and Asian classical musical traditions, even as Carey Mercer seems to be ruminating on the realities of consummately modern and Western professional life. The song is the third advance release from Violet Psalms, following the sunnier, more restless “Idea Man” and the triumphant, synth-dominated “Pay For Fire.” Violet Psalms is out May 18 via Paper Bag Records, and Frog Eyes’ final tour will conclude on July 19 in Washington D.C. Listen to “Your Boss’s Shirt” below.