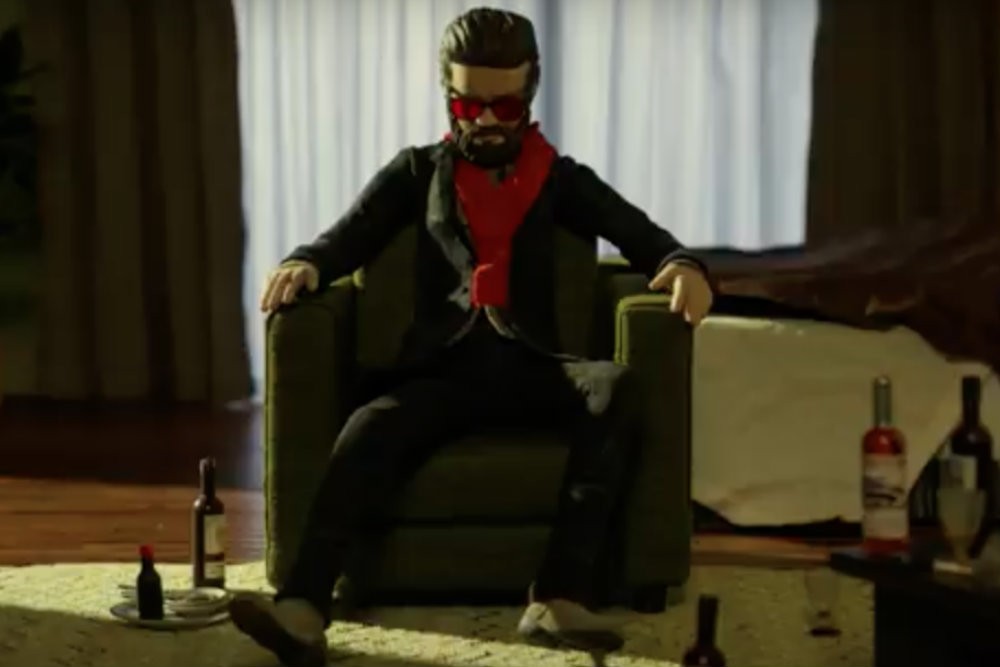 Father John Misty reunited with claymation master Chris Hopewell for the “Please Don’t Die” video. In the clip, we are greeted with a disillusioned, hungover Josh Tillman considering the wreckage of his life in the form of a graveyard of empty wine bottles strewn across his hotel suite before the floor splits and he is swallowed into the bowels of hell.

Granted, hell doesn’t look that bad. Clay Tillman gets to enjoy what looks like a relaxing boat ride down the river Styx and participate in a skeleton dance party that wouldn’t look out of place in Army of Darkness. All the macabre stuff is fun and all, but the image of the toilet stuffed with empty liquor bottles and other garbage in the beginning might be the perfect encapsulation of 2018.

Hopewell previously created a dystopian hellscape in the video for “Things It Would Have Been Helpful to Know Before the Revolution” off of FJM’s 2017 album Pure Comedy. Father John Misty’s new album God’s Favorite Customer comes out Friday, June 1. He’s currently on a world tour.