Two employees of a Joe Van Gogh coffeeshop on the Duke University campus lost their jobs after Larry Moneta, the vice president of student affairs, walked into the store and heard rap music playing, Indy Week reports. Moneta reportedly walked into the shop on Friday, heard “Get Paid” by Young Dolph playing courtesy of the employees’ Spotify playlist, and was offended by the lyrics. From Indy Week:

Britni Brown, who was manning the register, was in charge of the playlist that day.

When he approached the counter, Moneta, a white man, told Brown, an African-American woman, that the song was inappropriate.

“The words, ‘I’ll eff you upside down,’ are inappropriate,” Moneta said, according to Brown. (Those exact lyrics are not in the song, though it has plenty of f-bombs.) 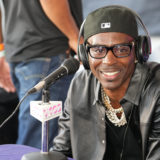 “Yes, of course,” Brown said. She says she shut the song off immediately. She grabbed him a vegan muffin and offered it free of charge.

“No,” Brown recalls Moneta saying. “Ring me up for it.”

Brown says she offered again, apologizing for the offense the song had caused.

“You need me to ring me up for it right now,” Moneta insisted.

While Brown was working the register, Kevin Simmons, the other barista on duty, was busy making drinks. Simmons had worked there for three months and was up for his ninety-day review the next week. While pulling shots of espresso, he noticed a man who was upset with Brown.

“Harassing is definitely the word I would use,” Simmons says. “He was verbally harassing her.”

After the incident, Simmons and Brown said that they were called into a meeting with the chain’s human resources department after the company received a call from executive director of dining services Robert Coffey citing Moneta’s complaint about the music. Both were then asked to resign.

Moneta sent a statement to The News & Observer defending his reaction to the playlist.

“I expressed my objections to the staff with whom I’ve always had a cordial relationship. I insisted on paying for my purchase and left the store. I then contacted the director of Duke Dining to express my concerns and that was the end of my involvement,” Moneta wrote. “To those who feel that I’ve flipped on my positions on free expression, I say this: The artist who wrote, recorded and performed the music is absolutely entitled to do so, however offensive I might find the lyrics.”

On Brown and Simmons losing their jobs, Moneta said that was the coffee chain’s choice.

“The employees who chose to play the song in a business establishment on the Duke campus made a poor decision which was conveyed to the JVG management,” Moneta wrote. “How they responded to the employees’ behavior was solely at their discretion.”

Actually, according to audio Indy Week obtained of the meeting between the two employees and human resources, the baristas were let go amid pressure from the university’s administration.

“We had gotten a call from Robert Coffey of Duke saying that the VP of the university had come into the shop and that there was vulgar music playing,” Joe Van Gogh HR manager Amanda Wiley is heard saying in the recording. “Joe Van Gogh is contracted by Duke University, so we essentially work for them. And they can shut us down at any point […] Duke University has instructed us to terminate the employees that were working that day.”

Moneta expressed a much more lenient position on “free expression” in an April 27 tweet advocating a “both sides” position when it comes to hate speech on campus.

To those who believe that colleges and universities should prohibit hate speech, I encourage you to read this: https://t.co/dB5FfezKUZ

Freedom of expression protects the oppressed far more than the oppressors.

In August, 2017, The News & Observer published an op-ed column by Moneta on campus Confederate monuments titled “A message to students: vandalism is not activism.”