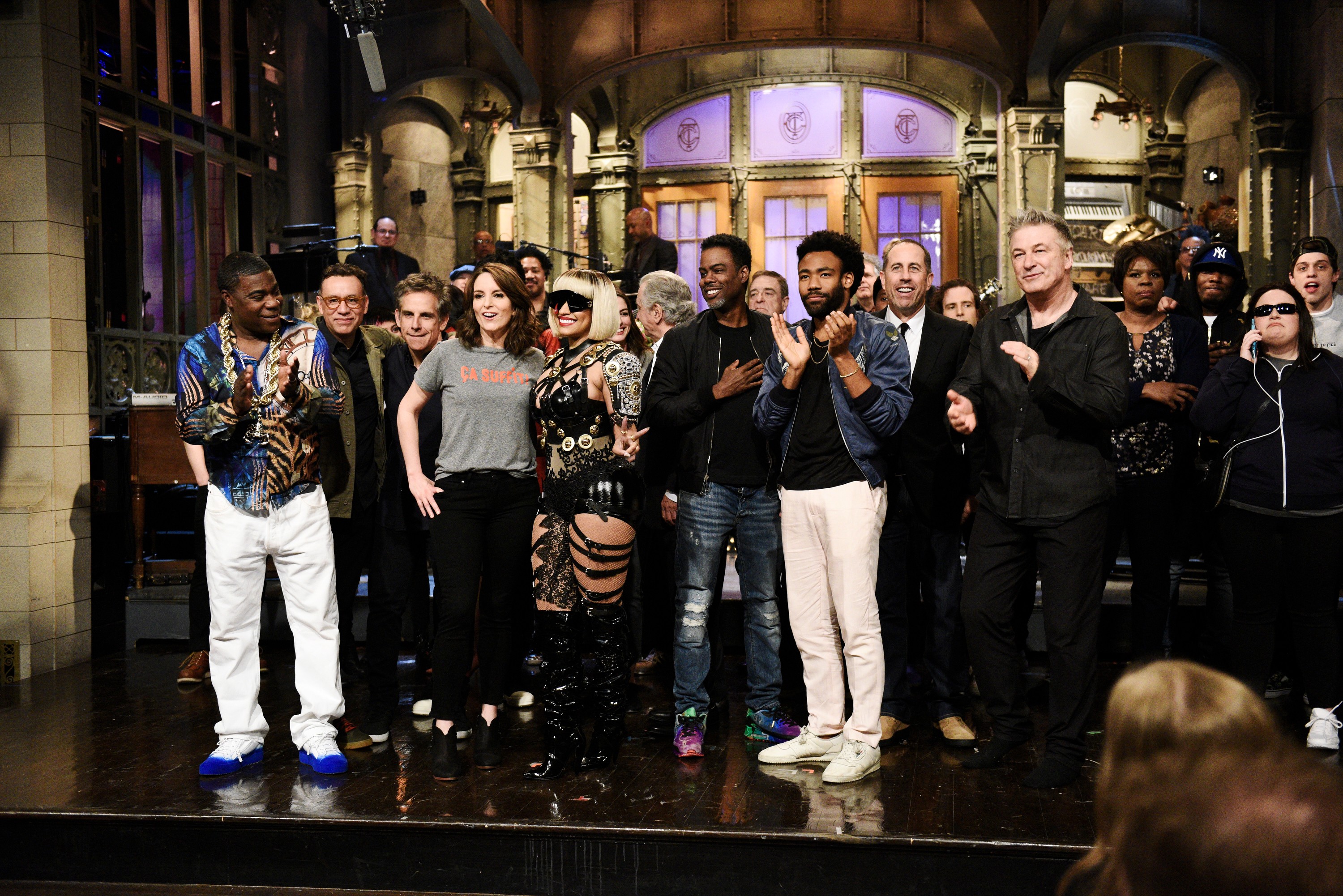 Earlier this month, Donald Glover was the host of Saturday Night Live, and last night, the rapper-slash-actor returned to the show as part of Tina Fey’s opening monologue. In the season finale monologue, Fey is joined by Glover, Jerry Seinfeld, Chris Rock, Benedict Cumberbatch, and more in an extended attempt to stall the show’s opening. Elsewhere in the episode, Nicki Minaj made an appearance as the show’s musical guest. Watch a clip of the monologue below.