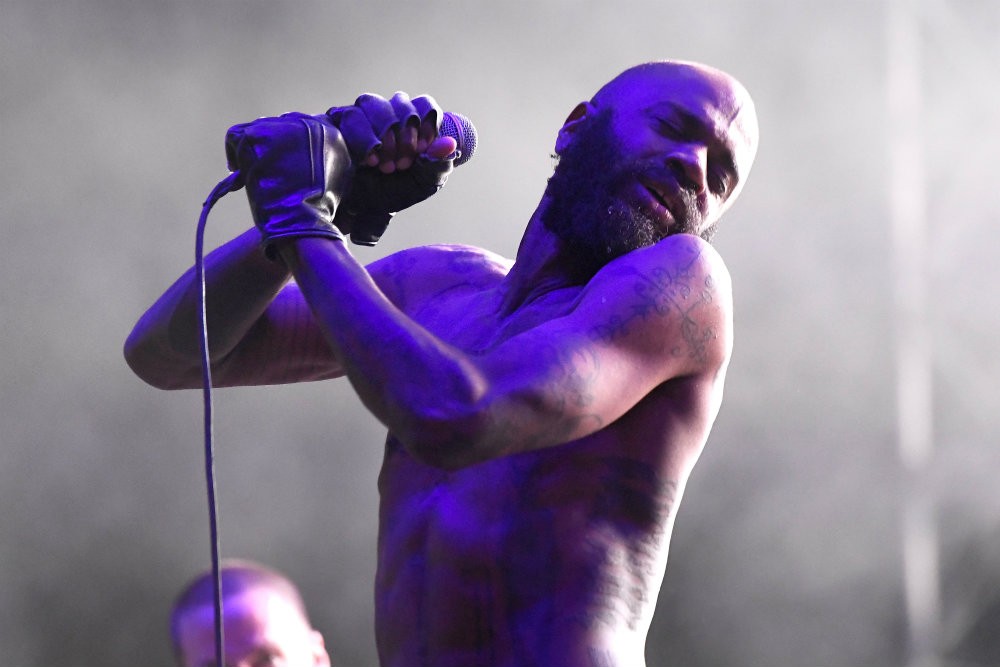 Death Grips are still keeping mum on exactly when their forthcoming album Year of the Snitch will drop, but they did release a track from the record on Tuesday. “Black Paint” marks the second song the band released from the new record following “Streaky,” a deeply weird electro-dirge that came out last week.

“Black Paint” is a punishing track firmly planted in the intersection between noise and hardcore.

The band already teased photos of them collaborating with Tool bassist Justin Chancellor and Shrek director Andrew Adamson before releasing Year of the Snitch’s unsettling cover art . Will Death Grips actually release the record soon, or soonish, or sometime before the close of 2018? We’ll see.