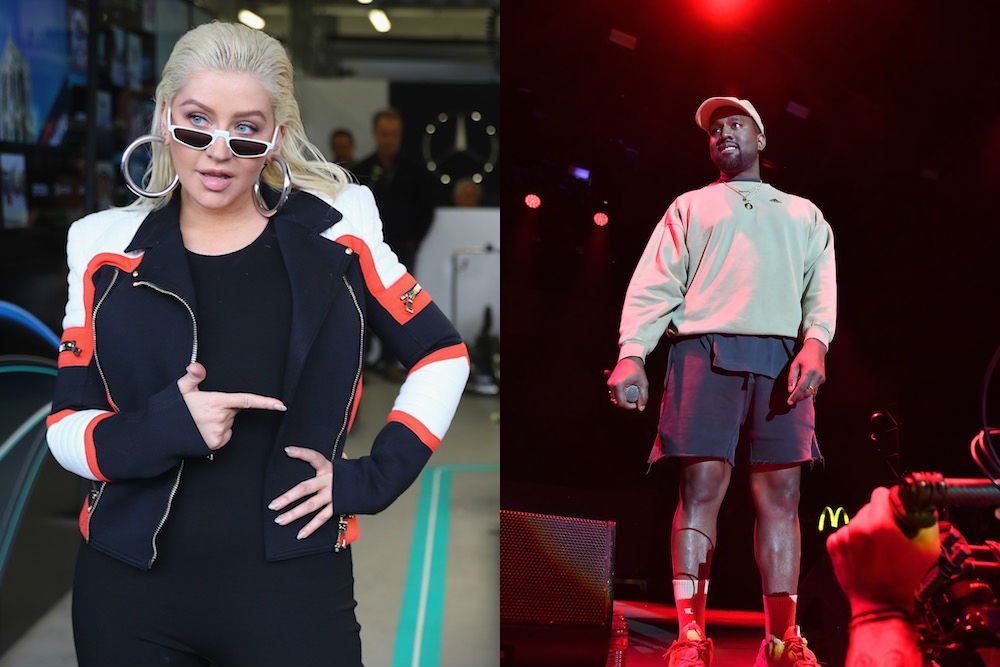 According to Page Six, Christina Aguilera has a new single coming this week that is produced by Kanye West. Sure, why not?

The report says that the song will arrive in advance of a new album, and will feature “very tribal-like, with heavy drum samples” production from Donald Trump Jr.’s favorite rapper. The album has probably been in the pipeline for a while, so it’s not like Aguilera called Kanye up when she saw him in a MAGA hat and asked to work together. But the timing of the release does not seem accidental given his current dominance of the news cycle.

It feels appropriately bizarre that one of the first new pieces of music we’ll hear from him during this current spectacle is a beat to soundtrack Xtina’s comeback, and one that may not even feature a verse from West. If you were waiting for Kanye’s week to get a little weirder, I hope you’re happy now.