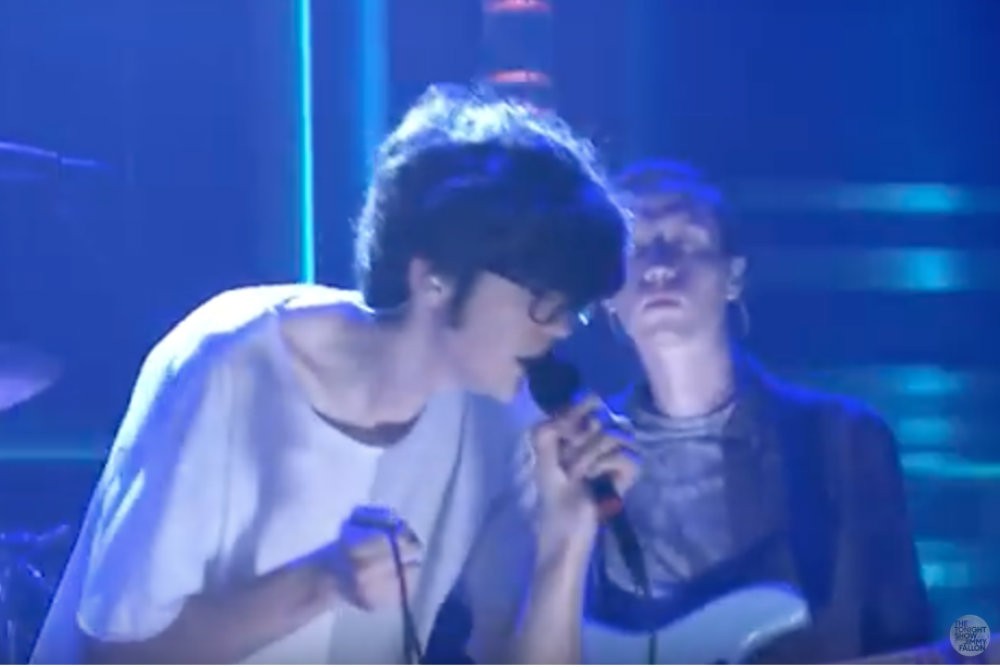 Car Seat Headrest frontman Will Toledo managed to pull the curtain back on the process of cutting a song down to a tight four minutes for a late night taping while he was performing on The Tonight Show last night.

“Is it the chorus yet? Yes! It’s the chorus! Cuz we’re on live TV,” Toledo said, while breaking the fourth-wall mid-song. “And we have four minutes to play this song. So we’re going to go to the second verse.”

Technically, it wasn’t live, as the show tapes every evening around 5:30 pm. However, as Semisonic drummer Jacob Slichter noted in his excellent memoir So You Wanna Be a Rock & Roll Star, the process for cutting down a song to restrictive three or four minute segment can be quite agonizing.

Toledo let this be known during the end of the song when the band stopped playing so he could announce: “Normally, we do a bit of a breakdown here, but we only have 50 seconds left, so we’re just going to go right to the final chorus.”

Car Seat Headrest is on their way to tour Europe before heading back to North America in July. Watch their Tonight Show performance below.