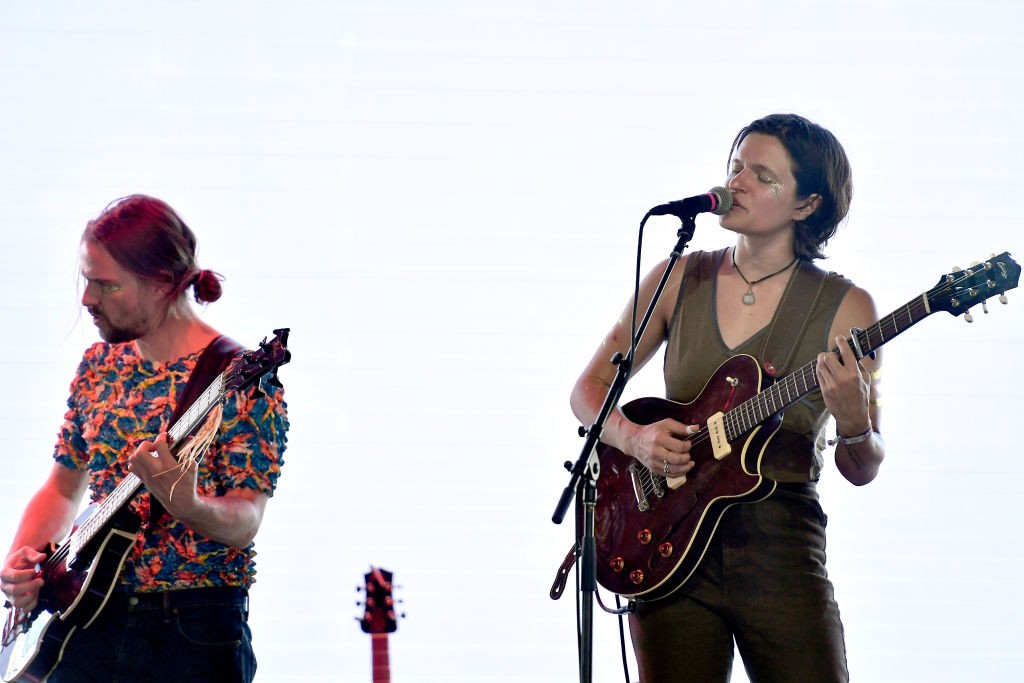 Big Thief has released an experimental EP called Wide Winged Bird, their first new recorded music since their sophomore LP Capacity of last year (Spin’s #2 album of the year). It’s a limited release (200 copies), with all proceeds set to go to New York City’s ViBe theater which, as the band’s statement explains, “works to empower underserved teenage girls to write and perform original theater, video and music about the real-life issues they face daily.” The band will be selling copies at their shows with The National this week.

The release includes recitations of poetry by band members Adrianne Lenker and Buck Meek, as well as interjections from other voices. There is ambient noise both urban and rural, dry and heavily manipulated. There’s softly plucked acoustic guitar, feedbacking electric guitar, distorted choirs, and crowds applauding. You can also hear Big Thief practicing vocal harmonies and chatting with each other at certain points. Much of it is very much what one might imagine if someone said the words “sound collage project” to them.

But there are also a number of new, seemingly original songs, including a demo-y sounding solo song by Lenker around the six-minute mark leading off with the lyric “Joni sang me stories…” Other new songs, seemingly performed by Lenker alone, crop up around 12:15, 16:20, 21:25 and 26:20. Therefore, even you’re a Big Thief fan with limited patience for musique concrète, this is definitely a must-hear. Big Thief also recently performed two (very good) new songs at a show in Paris. Listen to Wide Winged Bird below, and check out our feature from last year, “Big Thief’s Endless Journey,” here.