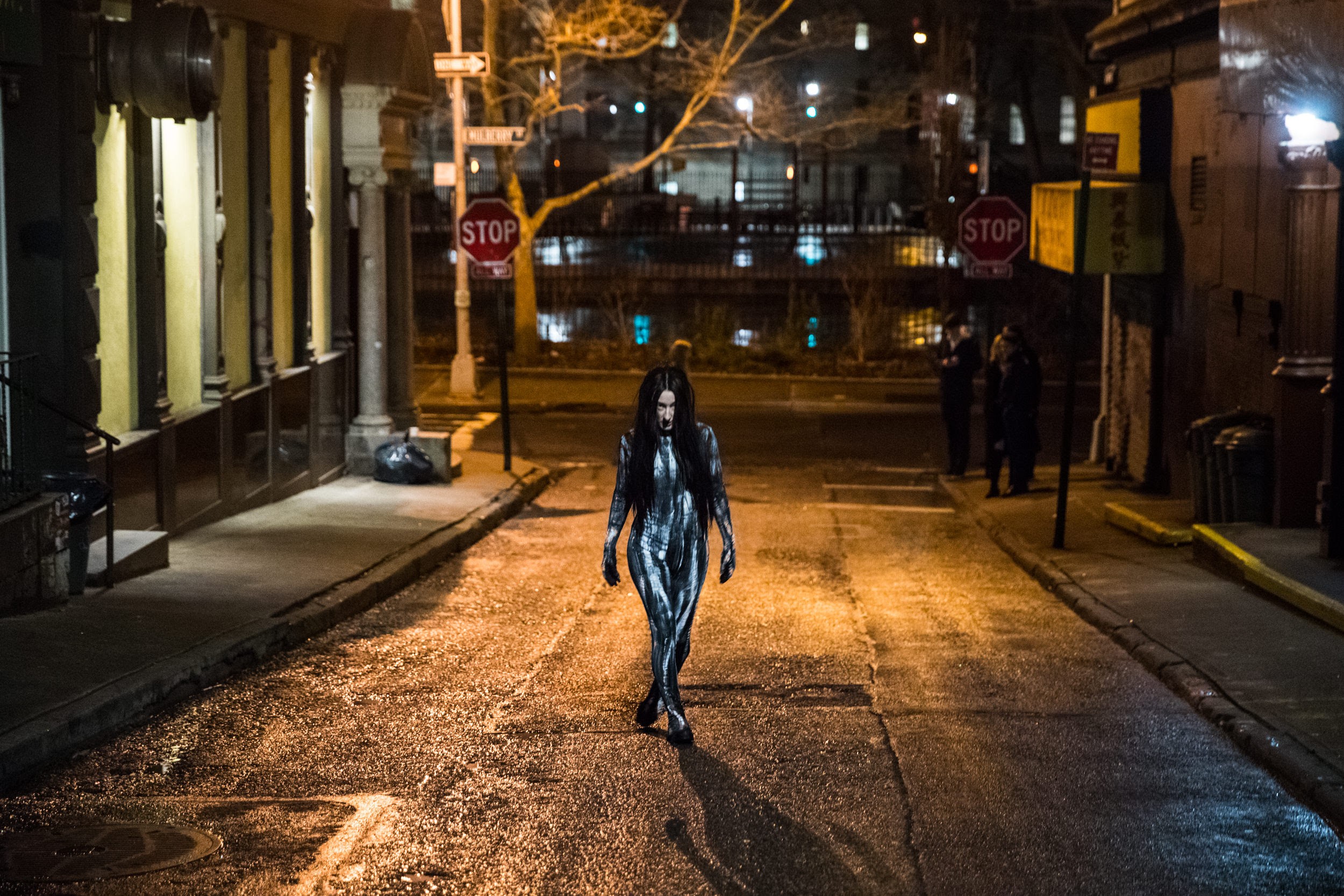 Zola Jesus has released a new video to a remix of her song “Ash to Bone.” The song, which originally appeared on last year’s Okovi, gets new life from producer and composer Johnny Jewel, becoming a gothic hymnal with a video that encapsulates the turmoil exorcised during a spiritual experience. The video, directed by Zola Jesus and Jenni Hensler, has the singer dancing and crawling the streets in a set of tights that look something out of the Marvel cinematic universe. Cut with shots off her staring and spitting up blood at the camera, the clip is a gloomy and sometimes uncomfortable watch set to a synth-laden confessional of depression and fear.

“Ash to Bone (Johnny Jewel Remix)” appears on the upcoming Okovi: Additions, an album of remixes and bonus songs from the original Okovi sessions.

The album will be released this Friday. Watch the new video below: