The Simpsons Says “What Can You Do?” About Apu Controversy 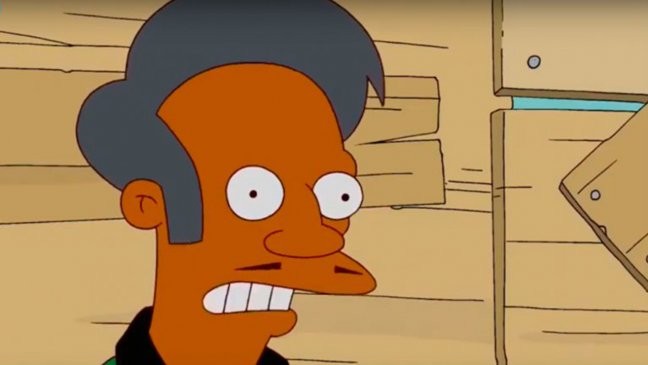 In the episode “No Good Read Goes Unpunished,” Marge and Lisa indirectly discuss the portrayal of Apu. In the scene in question, Marge has edited a new version of The Princess in the Garden, tailoring it to what would be acceptable and inoffensive in 2018. Marge reads the story to Lisa, but the new version is much shorter and lacking in an “emotional journey” for the central character. Both Marge and Lisa then make reference to Apu, with Lisa looking at a picture of the character and saying “something that started decades ago and was applauded and inoffensive, is now politically incorrect. What can you do?”

Last November, the documentary The Problem with Apu explored the problematic nature of Apu and looked at how non-South Asians would use the character’s exaggerated mannerisms and catchphrases as slurs or as casual racism. Directed by Michael Melamedoff and written and starring comedian Hari Kondabolu the documentary interviewed a number of prominent celebrities of South Asian descent including Aziz Ansari, Kal Penn, Aasif Mandvi and Hasan Minhaj.

Kondabolu responded to the episode on Twitter on Sunday. “Wow. “Politically Incorrect?” That’s the takeaway from my movie & the discussion it sparked? Man, I really loved this show. This is sad,” he wrote.

Wow. “Politically Incorrect?” That’s the takeaway from my movie & the discussion it sparked? Man, I really loved this show. This is sad. https://t.co/lYFH5LguEJ

In “The Problem with Apu,” I used Apu & The Simpsons as an entry point into a larger conversation about the representation of marginalized groups & why this is important. The Simpsons response tonight is not a jab at me, but at what many of us consider progress.

See the clip below.

This article first appeared at The Hollywood Reporter.