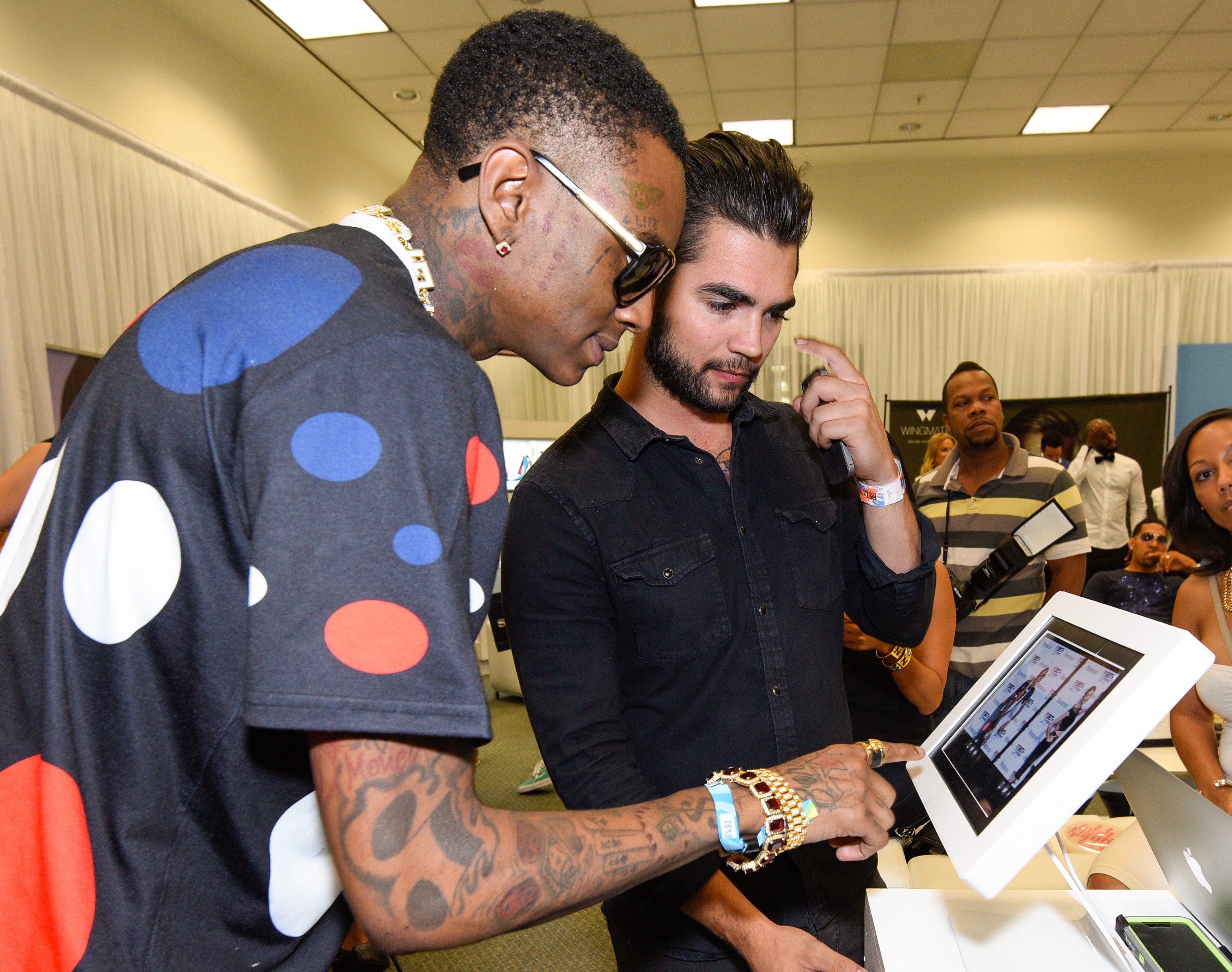 Once upon a time, the website sodmgco.com hosted the webstore of Soulja Boy’s apparel company, a Rocawear-style venture mostly selling t-shirts for the rapper or his record label SODMG. In 2013, he tweeted a link to the site as many as 30 times a day, with messages like “this shirt is so hard im rockin it 2morrow 4sho” and “Following everyone back today who makes an order!” Today, every one of those tweets displays an image of the “Carrot Cake” collection from a company called Bad Dragon, which distinguishes itself from the rest of Bad Dragon’s wares mostly by the fact that its elaborate fantasy reptile appendages designed for play alone or with a partner are colored orange and not purple or green.

Yes, Soulja Boy’s old website now redirects to the homepage of a dragon-themed sex toy company. It should go without saying at this point that you should only click the link above if you’re ready for copious images of dragon dildos, dragon fleshlights, and the like, some of which come equipped with a “cumtube,” a mysterious feature that the Bad Dragon website helpfully illustrates in animated detail. The Twitter user LeVar Burzum—previously internet-famous for trolling the New York Times into printing a made-up story about a teen vaper who was inspired by the rapper Lil Ugly Mane—noticed the change this week. The below screenshots are vaguely NSFW:

It’s unclear who is responsible for the redirect. The registrar information for the SODMG site is protected, and an email address associated with Bad Dragon did not immediately respond to an inquiry from Spin. (It’s possible, even likely, that a third party orchestrated this without the company’s knowledge.) According to cached copies of sodmgco.com from the Wayback Machine, the redirect has been active for a while, appearing sometime between October 2016 and September 2017. And the actual SODMG site has been inactive since August 2013, which is around the same time that Soulja Boy stopped manically tweeting about it.

If you’d like to claim responsibility for this act of internet terrorism, feel free to email us at [email protected].