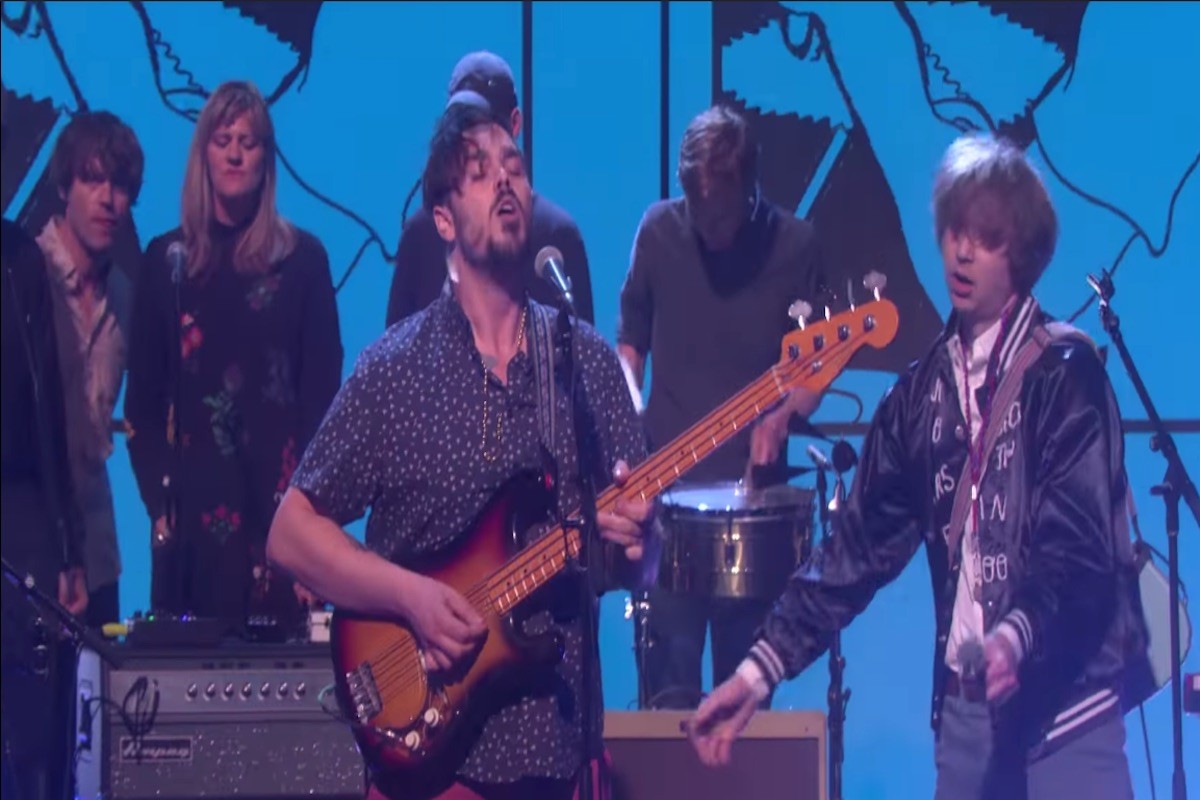 New York indie-rock band Parquet Courts, inexplicably, were the musical guest’s for today’s episode of Ellen. The hip, but mostly underground rockers make for one of the trendier choices Ellen DeGeneres has had on her show, which tends to feature more famous and established pop acts. The band, joined by backing vocalists and bongo players, performed the title track from their new album, Wide Awake!, which Ellen called “a song that I love very much.” Wide Awake! is set to be released on May 18.