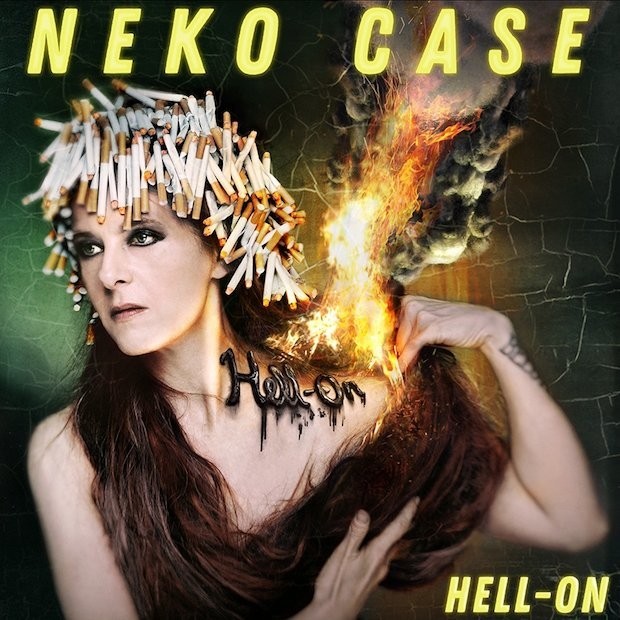 Last September, Neko Case’s home in Vermont burned down while she was in Sweden working on her forthcoming album Hell-On. She was initially cagey about confirming that it was indeed her property that got torched, but she now admits that just hours after learning that her property went up in flames, Case headed into the studio and recorded a song she had already written, but had taken on a whole new significance in light of her ordeal. The result is the deceptively joyful “Bad Luck.”

“It’s not as bad as I thought it would be,” Case sings on the life-affirming jaunt, “but it’s still pretty bad luck.”

Now that she’s had some time to process losing her house, it sounds like she made her peace with it, according to a statement she released along with the single:

Case is now stoic about the fire. “If somebody burned your house down on purpose, you’d feel so violated. But when nature burns your house down, you can’t take it personally.” The month before the blaze, Hurricane Harvey had slammed into Texas and flooded Houston. Her home burned just as Puerto Rico was plunged into a nightmare by Hurricane Maria and wildfires incinerated California. “In the big picture, my house burning was so unimportant,” she says. “So many people lost so much more: lives and lives and lives.”

Case’s seventh album Hell-On comes out on June 1. She produced it herself, with the aid of Bjorn Yttling of Peter Bjorn & John. Beth Ditto, Mark Lanegan, k.d. Lang, and her New Pornographers collaborator  A.C. Newman all makes appearances.