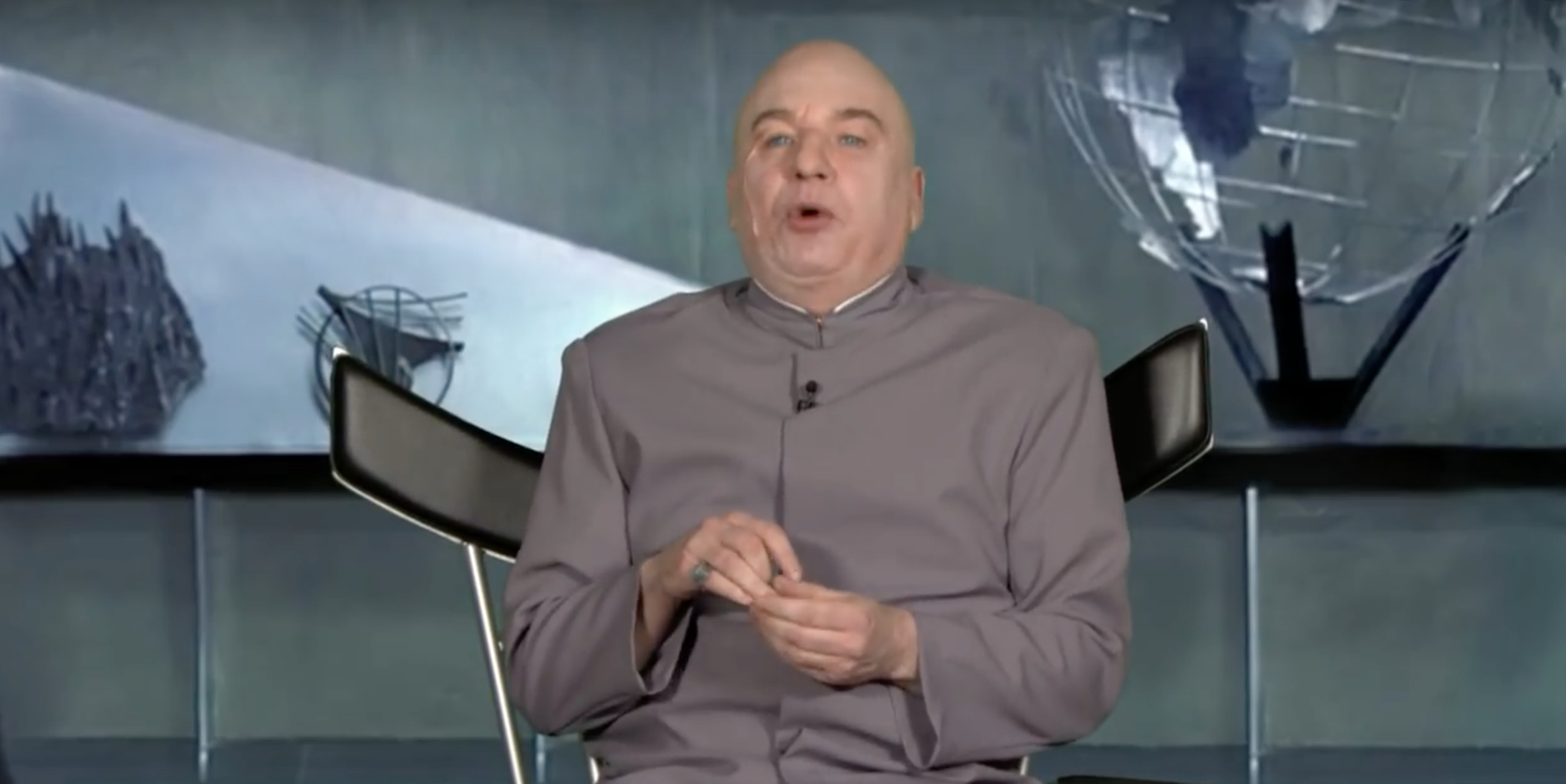 I must admit, Dr. Evil made a great super villain. At a point before true “evil” elbowed its way shamelessly to the forefront of American politics, Mike Myers’s foil to the Austin Powers character made a joke of malevolence. He not only skewered the classic Bond villain, he also parodied the idea of evil as a force in the world at large. It’s not effective. It’s just stupid.

I guess that’s the point of Myers going on The Tonight Show last night to revive the iconic character. Jimmy Fallon interviewed him about being fired from the Trump administration, where the good doctor says Steve Bannon eventually got the job of Secretary of Evil. And he hits hard right out of the gate, calling Jimmy Fallon “numbnuts” pretty much immediately. For me, that was the highlight of the clip, as I’m still finding it hard make light of anything else going on in the White House. At least there is an earnest moment of compassion for the casualties of the DREAM act, here. The rest of it is an attempt to make light of the bumbling *actual* evil of the Trump cabinet, which, please just keep it in the bag.

So too, why sully such an icon by associating with these D.C. roustabouts? Dr. Evil is too sacred. It’s true! I can’t take a joke! Watch the clip below and come at me in the mentions.