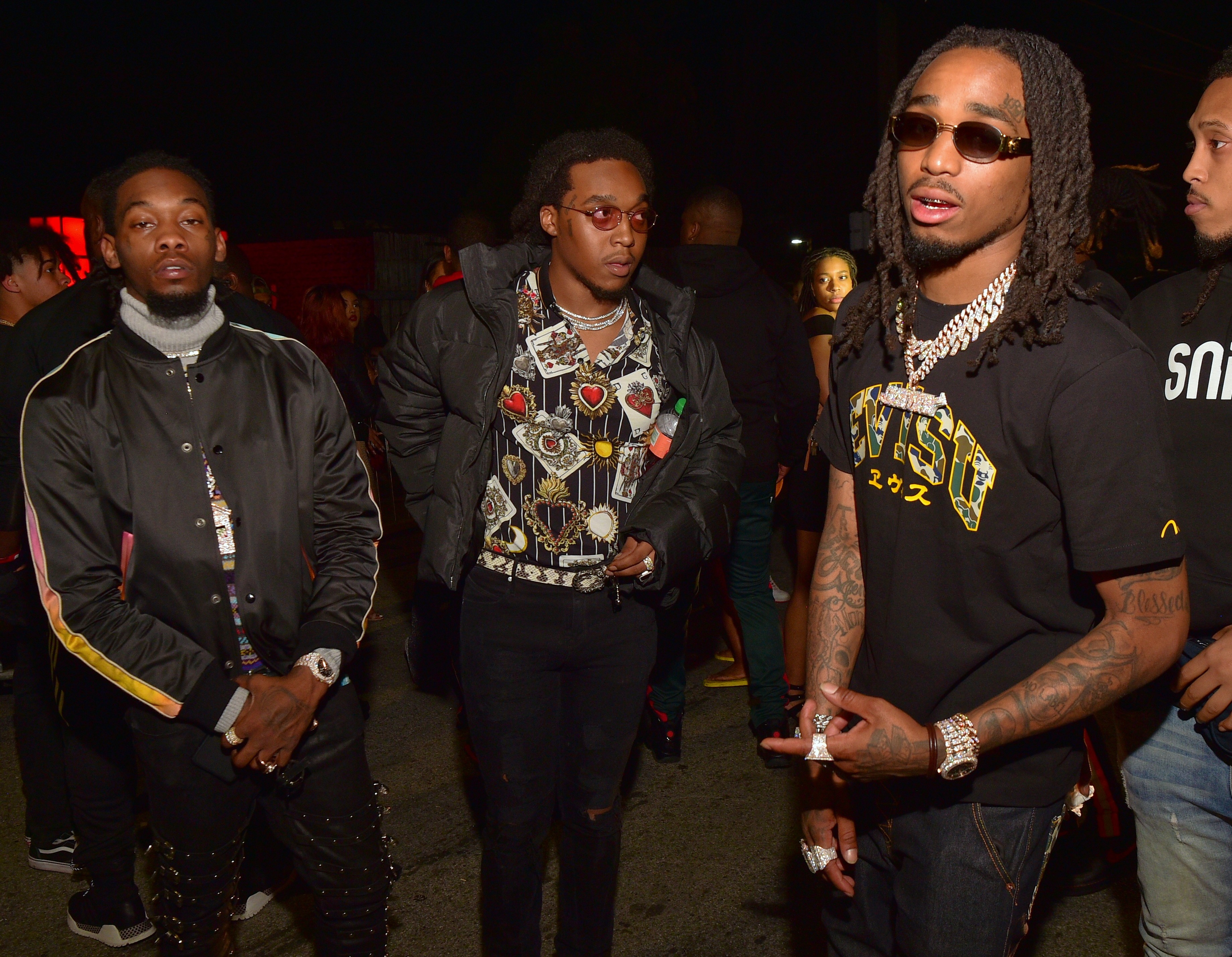 Thursday night, after a performance in Boone, North Carolina, police say they found enough drugs on the Migos tour bus to land three people with charges, one of them felonious. The cops told NBC affiliate WCNC that some stoolie security guards, stationed at Appalachian State University’s George M. Holmes Convocation Center, tipped them off to the aroma of marijuana coming from the bus as it departed campus. The Migos, absent Offset, performed there earlier.

The squad mobilized to search the bus on North Carolina Highway 105 a short time later. They searched the bus, allegedly uncovering 420 (lol) grams of weed, 26 ounces of codeine, and some Xanax. Cops issued misdemeanor citations to Daryl Irvon McPherson and Dominic Kevin Spigner. A third person, Jharon Ahmad Murphy, was taken into custody and charged with felony possession of marijuana with intent to deliver.