What Are Lorde and Jack Antonoff Trying to Tell Us? 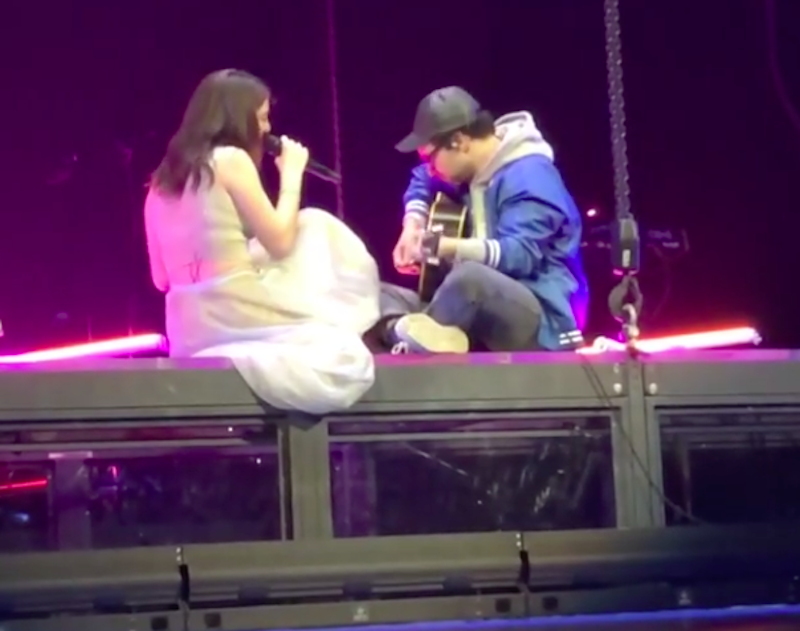 Lorde and Jack Antonoff are not dating—so they say. The two collaborators have been very resolute about the answer to what has become a nagging question in the wake of Antonoff’s break up with Lena Dunham. Back in January, Antonoff tweeted (iconically?) that he resented having his relationships “reduced to dumb hetero normative gossip,” which made me wonder if he has any idea what homo normative gossip is like. That tweet was sparked in part by an Us Weekly report that said Antonoff had begun dating a musician, a piece of info that was later surreptitiously deleted from the story. The two maintained that they were not dating even after the Daily Mail staked them out in Lorde’s hometown of Auckland—“Guys: Never. No. Jack and I are not dating. For the last time. But I love him, he’s awesome. But we’re not dating. Please,” was Lorde’s response to a fan question two days after those photos were published.

But if they aren’t together they sure do enjoy the titillation. Last night, Lorde’s Melodrama tour was in Brooklyn, and there she performed a cover of the St. Vincent song “New York” with Antonoff, facing each other, cross-legged, inches apart. “New York” was co-written by Antonoff, and some of the lines include, “New York isn’t New York without you, love ” and “I have lost a hero, I have lost a friend / But for you, darling, I’d do it all again.”

St. Vincent herself has described the song as being about her friends and David Bowie, and we shouldn’t assume that Lorde means it to be about one person—Jack Antonoff!—either. Maybe she’s singing to Joe’s Pizza. Artists are mysterious, baby. But it may be worth mentioning that Lorde and Antonoff recorded Melodrama together in New York over the span of many months.

In any event, I wish the two nothing but the best with whatever is going on here. Watch a clip below.