Who Is Hypebeast Justin Timberlake Merch Even For? 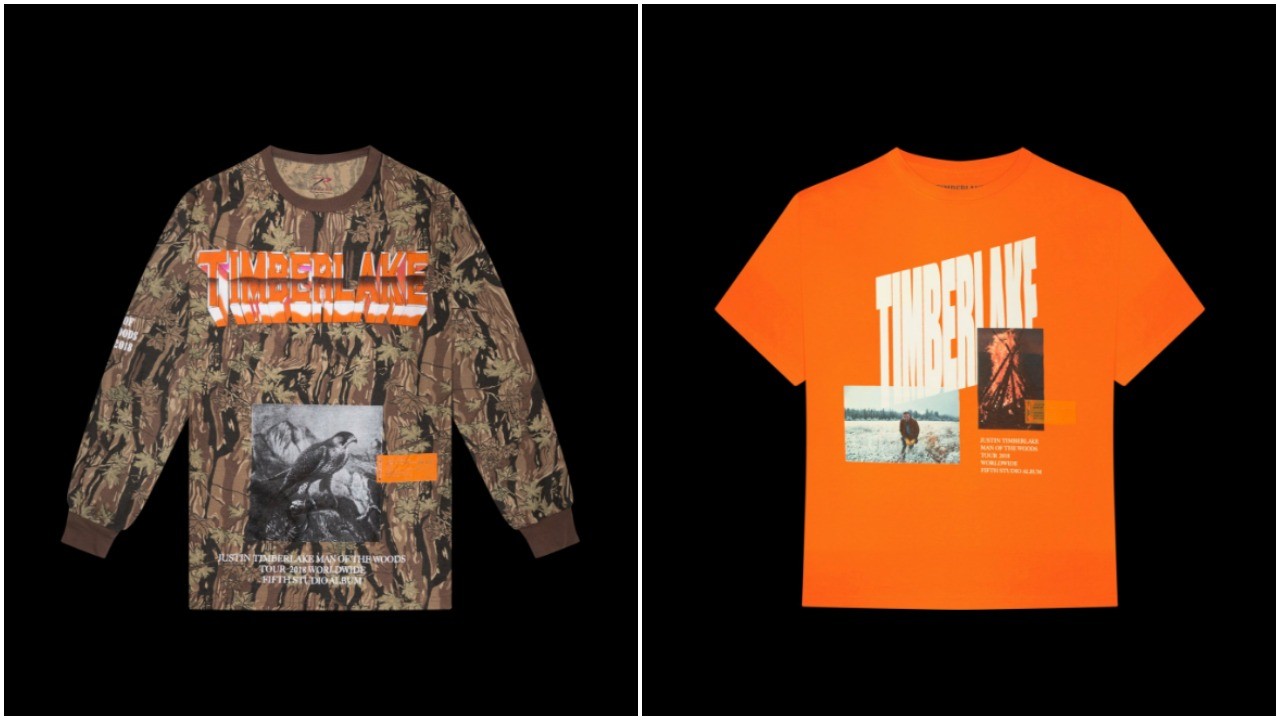 The pop-up shop has been a favorite promotional tool for pop artists in recent years, with artists like Kanye West, Drake, Justin Bieber, the Chainsmokers, and Big Sean all finding little spaces in major cities to sell very expensive, and often exclusive, clothes and tchotchkes to their fans. The latest in line is Justin Timberlake, who, per Complex, is hawking exclusive tour merch in Los Angeles today. The clothing was designed by Heron Preston and is being sold at Virgil Abloh’s RSVP Gallery. Both men helped start the very influential streetwear brand Been Trill and are close confidants of Kanye, who relatedly was the first major artist to devote his own merch to the aesthetics of modern streetwear. The new Timberlake merch looks like this:

This is pretty standard streetwear fare: Orange and camo are particularly favored by Preston’s palate, and graphics arranged in a collage style have been reaching oversaturation for a minute now. (The orange Timberlake shirt looks particularly like a rip off of the album cover for West’s The Life of Pablo.) There wouldn’t be much noteworthy about a very famous person co-opting quasi-underground cool except that, in 2018, Justin Timberlake is… extremely uncool. His moment as a tastemaker’s pop star faded many moons ago, with his recent album Man of the Woods attempting to recapture the zeitgeist of anywhere from two to 12 years ago.

Which raises the question of who exactly all this Heron Preston-designed merch—which features the most literal application of Preston’s aesthetic imaginable—is for. The clothes themselves reference the sorts of shirts and hoodies you see on runways in Paris and on the janky streets of SoHo, but when those same references are made by Kanye or even Bieber (Timberlake’s heir apparent), they are in conversation with the people who are purchasing them: kids and adults who are very consciously trying to project coolness, and who are hyper-aware of the trends that define coolness at any given moment. My guess is that Timberlake’s fanbase, at this juncture in time, features very little crossover with the type of people for whom post-Off White concert merch really says something.

But maybe that makes it perfect. All trends die, and some need to be murdered. Justin Timberlake, who very unassumingly performs in a denim jacket and flannel onstage, hawking exclusive and expensive hypebeast-ass merch for his deeply uncool tour feels like an appropriate death knell for the now ubiquitous pop star pop-up.