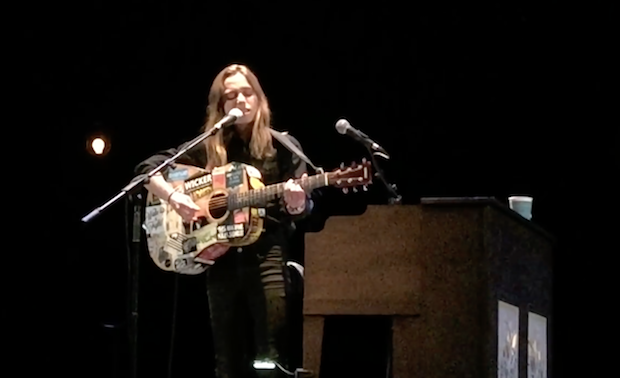 Last night during a show in Massachusetts, Julien Baker covered a bit of the Mountain Goats’ “No Children,” off their 2002 album Tallahassee, as a lead-in to her own song, “Blacktop.” As Brooklyn Vegan points out, John Darnielle has already taken notice of the cover and called it “the best version of ‘No Children’ I’ve ever heard.” (Laura Stevenson covered it for the Tallahassee Turns Ten covers album — sorry, Laura.) Watch Baker cover it below.

A full-length All Hail West Texas covers album came out earlier this month.