MSNBC weekend host and #Resistance warrior Joy Reid is sticking to her claim that a hacker broke into her defunct blog and manipulated old posts to read as outrageously homophobic. For their part, the cable news network brass is throwing their support behind the AM Joy host’s version of events.

The bizarre saga began in December when the MSNBC star apologized for a set of “tone-deaf” posts on her former blog The Reid Report, which she maintained from 2007 to 2011 while she was working as a morning radio host, political columnist for Miami Herald, and managing editor of The Grio. The offending posts accused former Republican Florida Governor Charlie Crist of being in the closet and often referred to him with the derogatory nickname “Miss Charlie.” In a statement Reid issued to Mediaite, she took responsibility for the posts, said that her views had evolved, apologized to the LGBT community, and promised to do better.

“At no time have I intentionally sought to demean or harm the LGBT community, which includes people whom I deeply love,” Reid said in her statement. “My goal, in my ham-handed way, was to call out potential hypocrisy.” 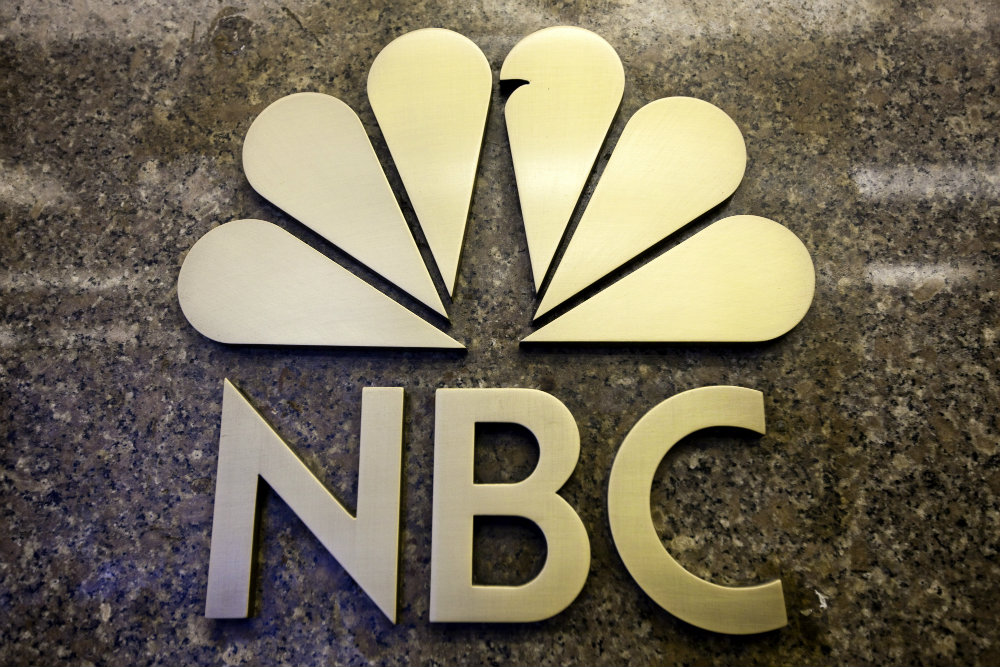 They also had nothing to do with Republican hypocrisy on gay marriage. Joy also opposed gay marriage at the time. She gleefully accused people of being gay and posted a number of questionable things. pic.twitter.com/ZloivXczTS

30/x Joy seemed very interested in Brokeback Mountain, but wouldn’t watch it bc it featured two men hooking up.

She can’t understand who is going to see it since she imagines everyone would be turned off by it. pic.twitter.com/ogBnPyDSUF

Instead of apologizing for the old posts like she did in December, Reid claimed that she was the victim of a hack and denied authoring the posts.

“In December I learned that an unknown, external party accessed and manipulated material from my now-defunct blog, The Reid Report,” the MSNBC host said in a statement to Mediaite, “to include offensive and hateful references that are fabricated and run counter to my personal beliefs and ideology.”

Reid goes on to claim that she “began working with a cyber-security expert who first identified the unauthorized activity” to assassinate her character and paint her as a homophobe. From Mediaite:

It is worth noting, however, that Reid does admit these posts came from her blog — rather than alleging they are doctored images posted to Twitter — with the caveat that they were added by nefarious hackers after she had the site shut down. It’s unclear when the nefarious hackers would have hacked her site and added the controversial content, since it has been defunct for years and still is. More importantly, NBC could or would not specify exactly which posts Reid is claiming were doctored.

On Tuesday, Internet Archive’s Chris Butler pushed back on Reid’s admittedly confusing claims via a blog post on The Wayback Machine where he asserted that the archive service didn’t find evidence of hacking within the service:

This past December, Reid’s lawyers contacted us, asking to have archives of the blog (blog.reidreport.com) taken down, stating that “fraudulent” posts were “inserted into legitimate content” in our archives of the blog. Her attorneys stated that they didn’t know if the alleged insertion happened on the original site or with our archives (the point at which the manipulation is to have occurred, according to Reid, is still unclear to us).

When we reviewed the archives, we found nothing to indicate tampering or hacking of the Wayback Machine versions. At least some of the examples of allegedly fraudulent posts provided to us had been archived at different dates and by different entities.

We let Reid’s lawyers know that the information provided was not sufficient for us to verify claims of manipulation. Consequently, and due to Reid’s being a journalist (a very high-profile one, at that) and the journalistic nature of the blog archives, we declined to take down the archives. We were clear that we would welcome and consider any further information that they could provide us to support their claims.

On Tuesday night, an MSNBC spokesperson issued a statement from Jonathan Nichols, an “independent security consultant,” who backed the AM Joy host’s version of events along with letters from Reid’s lawyers alerting Google’s parent company of the alleged hacking back in December. From CNN Money:

In his statement, Nichols said that he “discovered that login information used to access the blog was available on the Dark Web and that fraudulent entries — featuring offensive statements — were entered with suspicious formatting and time stamps.”
“At no time has Ms. Reid claimed that the Wayback Machine was hacked, though early in our investigation, we were made aware of a breach at archive.org which may have correlated with the fraudulent blog posts we observed on their website,” Nichols said. “We simply wanted to ascertain whether that breach was related to the compromising of Ms. Reid’s blog.”
He pointed out that the inflammatory blog entries in question didn’t have reader comments. “If those posts were real, they would have undoubtedly elicited responses from Ms. Reid’s base,” he wrote.

Nichols’s statement only seemed to fuel more skepticism regarding Reid’s story that she’s the victim of nefarious hackers.

“The Wayback Machine captured these posts at or near the time they were posted — over ten years ago. For this account to make sense, someone would have had to access Reid’s blog with Dark Web credentials, then travel back in time,” BuzzFeed senior technology reporter Joe Bernstein tweeted. “If this is true, Nichols and Reid should identify which posts they allege are fabricated and which are real. Remember, Reid has already acknowledged some of the posts are real — and apologized for them.” If both Butler and Bernstein are correct, than a hacker must have altered the posts when the blog was active and then laid in wait until someone discovered the incendiary posts down the line. That’s a hell of a long con.

According to Politico, MSNBC is keeping Reid on the air while the bizarre saga plays out. An unnamed NBC spokesperson told the site that the network is waiting to see how a law enforcement investigation into the alleged hacking plays out before making any decisions regarding Reid. The rep declined to comment on if the network itself was investigating the posts.

LGBT advocacy group PFLAG National took a less passive approach to the scandal and revoked an invitation to honor Reid at its 45th anniversary celebration.

“We appreciated how she stepped up, took ownership, apologized for them, and did better—this is the behavior and approach we ask of any ally,” PFLAG communications director Liz Owen said in a statement. “However, in light of new information, and the ongoing investigation of that information, we must at this time rescind our award to Ms. Reid.”

On Wednesday, the saga took a batshit turn when it was revealed that Reid’s supposed “cyber security expert” left a damning Twitter trail bragging about his relationship with high-profile neo-Nazi and The Daily Stormer webmaster Andrew Auernheimer, aka “weev.” Mediaite shared screenshots from Nichols’s Twitter account, which has since been locked down. From Mediate:

“Like are most of you aware that I NOT ONLY know Andrew (stromfront admin), but I was the principal element livetweeting his release from [prison],” tweeted Nichols on December 9, 2017. “If you try REALLY HARD you’ll see that I’m connected to the leadership of [Stormfront]. If you try just a bit harder you’ll figure it out.”

It is worth noting that weev is not an administrator for Stormfront, but is instead the webmaster for The Daily Stormer — the biggest Nazi site in America. In his tweets, Nichols appears to have confused the two racist sites.