Jack White’s SNL Skit Features Him Shredding at a Wedding 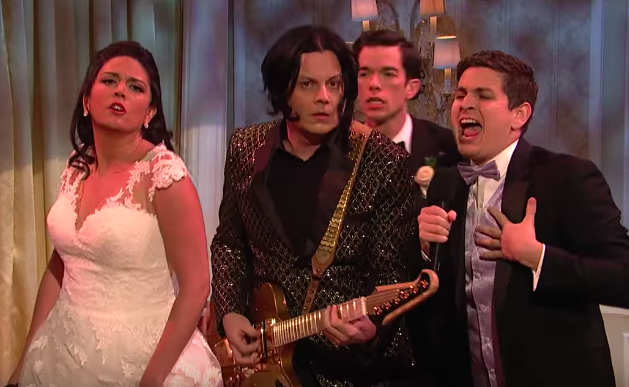 Jack White was the musical guest on last night’s episode of Saturday Night Live, and during the show, White appeared as himself in a new wedding skit alongside Luke Null, Cecily Strong, and last night’s host John Mulaney. In the skit, the groom’s best man (Null) opts to sing a song in lieu of a traditional speech, with the bride (Strong) joining in on a sexually-charged rendition of “Dark End of the Street.” White joins in as the mute third lover in their triangle, mainly as an excuse to rip a shredding solo over their karaoke-style rendition of the song.