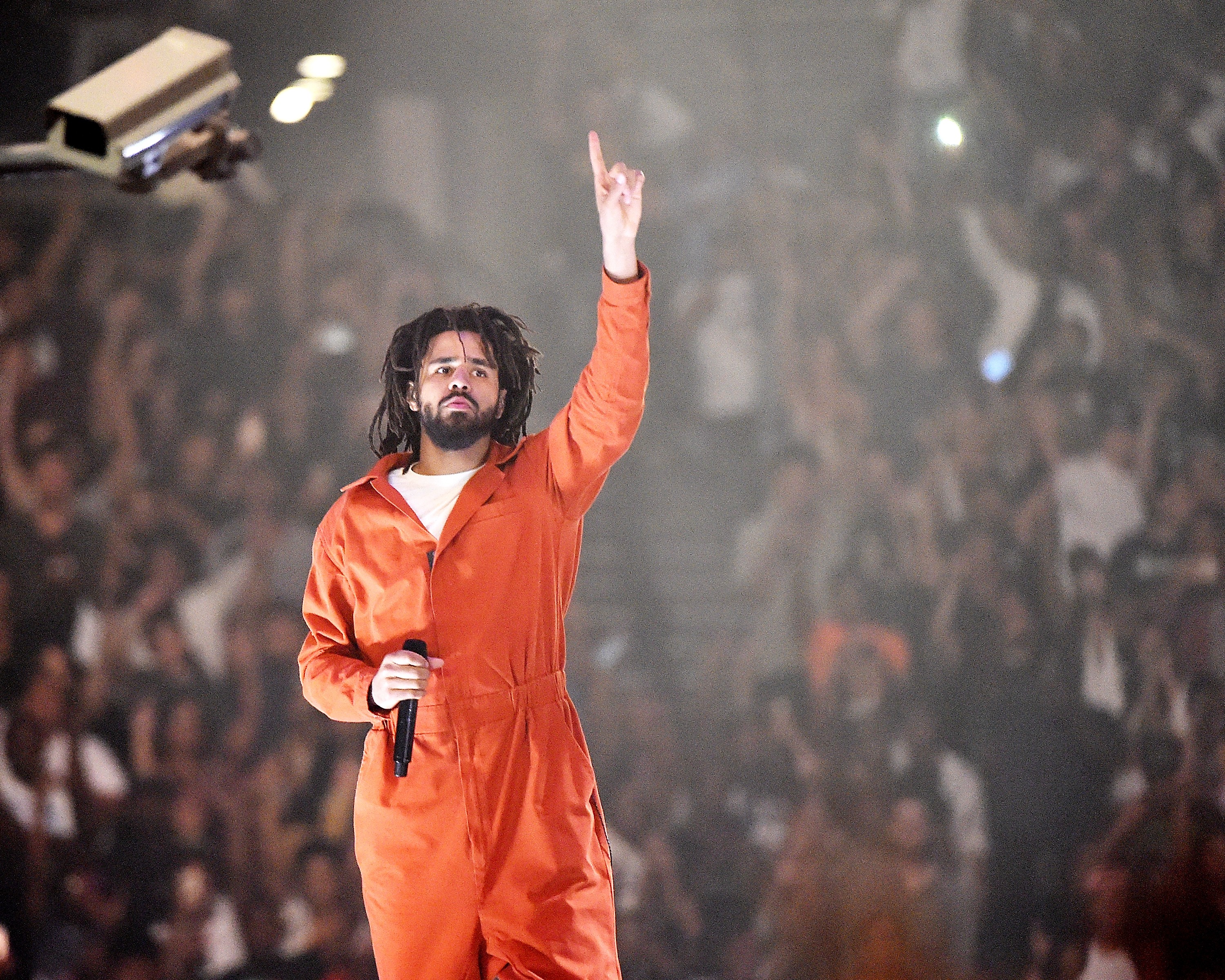 J. Cole would like to assure you that he’s just like you. This seems to be the overarching message in an exclusive new interview he gave to longtime hip-hop writer Paul Cantor, published in Vulture. The profile—the first written on Cole in years—is a showcase for the rapper’s self-styled image as an average guy who happens to rap, while also giving him the opportunity to express his feelings about the current landscape of rap, take aim at critics and deride what he feels is the constant promotion of drug use in America.

“If Cole comes off as earnest, it’s because he is,” writes Cantor. “And he knows you think he’s boring, knows SoundCloud rappers diss him every second, and that Kendrick Lamar and Drake are mentioned before him in most best-rapper conversations.” Cantor then mentions the constant critiques lobbed at Cole. “But he also knows this — with his new record, K.O.D., he’s got the No. 1 album in the country, what’s projected to be the best-selling record of the year so far, and most important to him, it’s resonating deeply with his fans.” Says Cole of his critics: “Now it’s even clearer. You’re a fucking idiot.”

This is a pretty understandable, if arrogant, response given Cole’s objective level of success. Cole has become relatable in recent years by appealing to college kids and the everyman in his music, with 2014 Forrest Hills Drive’s success proving that he could attain massive fame by doing just that. He can be an easy prop comparison to rappers who are more disenchanted, which he wasn’t afraid to address head-on with the imagery and themes of his recently-released KOD.  In the Vulture interview, he addresses rumors of who he was taking aim at on the album: “It’s really a ‘shoe fits’ situation — several people can wear that shoe.”

He goes on to say that, excluding the “top three rappers in the game,” most current rap is an exaggeration of black stereotypes. “Colorful hair. Flamboyant. Brand names. It’s caricatures, and still the dominant representation of black people, on the most popular entertainment format for black people, period,” he says. (He does mention being a fan of XXXTentacion, Trippie Redd, and Lil Baby.)  It’s interesting that he doesn’t take shots at rappers for their musical style, but rather their look. It’s respectability in part, but feels pointed given how much of Cole’s image is tied to being the kind of guy who shows up in a plain T-shirt and jeans.

Cole also lamented our country’s current normalizing of drugs and reflects on the rapper Lil Peep, who’s music Cole was getting “acquainted” with when he passed from a drug overdose. “The album is already a warning,” Cole says, “and this kid dies while I’m sitting in the studio mixing the shit — do you know how creepy that was? That shit was heavy.” Of the larger drug culture, he says, “We live in a society where all this drug use is normalized, it’s the norm, it’s okay, it’s fucking encouraged, it’s fucking promoted.” He goes on to blame television commercials, not rap, for promoting drugs that improve your mood and furthering potentially dangerous drug culture. It’s not exactly a new perspective, and Cole has seen addiction in his life. If anything, it does solidify him as a wise elder, once again affirming that J. Cole is of the people, and for the culture.