Gang of Four – “Ivanka (Things You Can’t Have)” 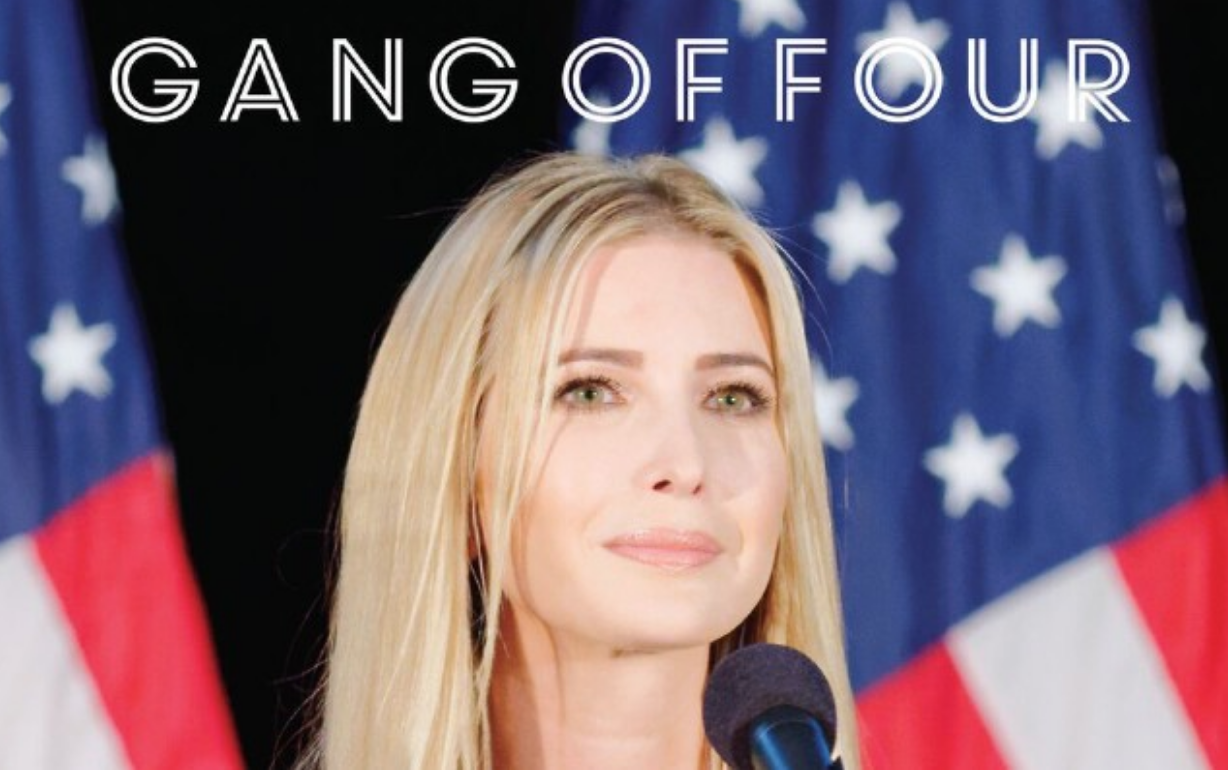 Gang of Four announced an upcoming EP called Complicit earlier this month, complete with cover art featuring an image of Ivanka Trump. The track listing for the EP included a song called “Ivanka (Things You Can’t Have),” and today, we get to hear that song for the first time. Driven by a glitchy, ominous electroacoustic backbeat and sighs from eerie wordless chorus, the lyrics feature cutting, topical lyrics like “I saw how hard daddy worked for his money/Daddy loves women and he believes in family” and “In the morning daddy wants me in his room, it’s where we get together/It’s not true that daddy calls my name in stormy weather.” Of the song, Andy Gill wrote in a press statement:

It would’ve been easy to be extremely damning about Donald Trump and of course, like everyone else, I could have called him all kinds of names. What drew me to this subject at all was the running commentary from Ivanka in the earlier stages of this administration – it was fascinating to get a kind of explanation or justification from the daughter who had already been given an official position within the White House. And frankly, a lot of it was pretty funny. But although the characters in the Trump family are interesting, it’s more the ideologies and politics which they represent and enable which need describing.

Previously, the band released the single “Lucky” from the album. Listen to “Ivanka (Things You Can’t Have)” below.