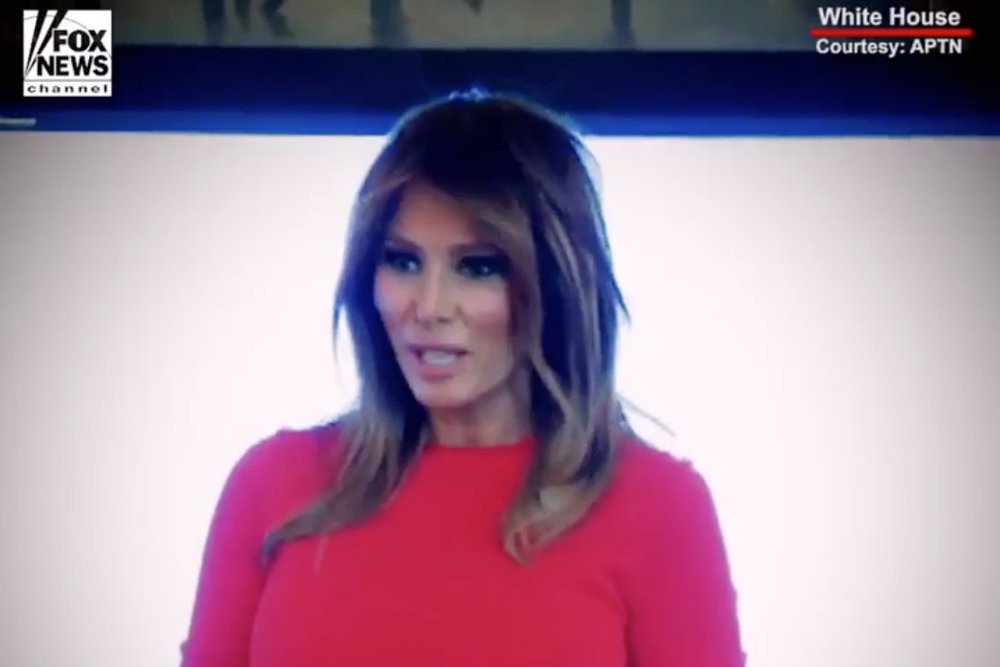 Fox News is proudly the White House’s unofficial state outlet, but never has their thinly veiled propaganda been more unintentionally hilarious than when they attempted yesterday to present a most base level act of human kindness from Melania Trump as an example of the magnanimous generosity of a very normal First Lady.

The moment happened on Monday, when Melania was hosting a “listening session” for middle school students at the White House. One of the kids was called to the front of the room, and upon returning accidentally knocked over a glass of water, reacting in horror as if he had just destroyed a centuries old artifact. Trump responded by doing what any reasonable person would do, telling the boy it was no big deal. “No problem,” Melania said. “Don’t worry, it’s just a water, okay?”

But the way Fox News isolated and framed this non-event on social media was nothing less than a work of art, right down to the John Carpenter-style soundtrack that builds tension to the moment where the First Lady can either comfort the kid… or rip his head off in front of cameras and reporters?

Anyone, including Fox, has to go to great and very bizarre lengths to humanize this White House, but even accepting that fact, this video is a lot. Fox News is nothing if not innovative.