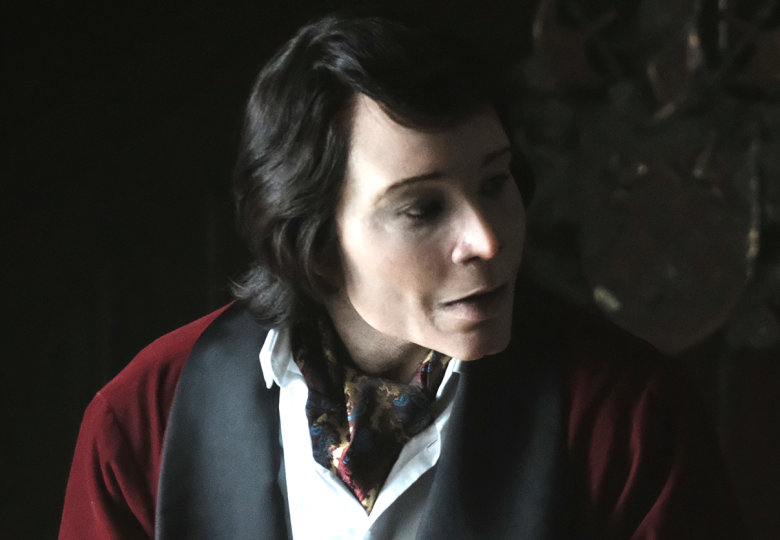 Fans of Donald Glover’s FX show Atlanta will probably never forget the name “Teddy Perkins.” On the April 5 episode of the series, Glover assumed the role in whiteface as a creepy mansion owner who lures Lakeith Stanfield’s character Darius into his home after claiming to be giving away a free piano.

The whiteface character had fans more than a little freaked out, and even the show’s cast was understandably disturbed. Speaking to Vulture, Derrick Haywood (who plays Teddy’s brother Benny Hope) said he didn’t even recognize Glover on set in the outfit, and that he had no idea who was behind the decision to add that into the series.

“Initially, I had no idea that Teddy Perkins was actually played by Donald Glover,” he shared with Vulture. “The director called ‘Teddy’ over [on set] and said, ‘Let’s see what Teddy thinks.’ I’m like ‘Okay, who is this Teddy guy and why is his opinion so important.”

“When I say this guy was in character the whole time, it was just amazing the commitment he brought,” Haywood continued. “We were calling him Teddy, he acted as Teddy—there was no Donald on set whatsoever.”

Hi. how we doin pic.twitter.com/oHuqtoDlb0