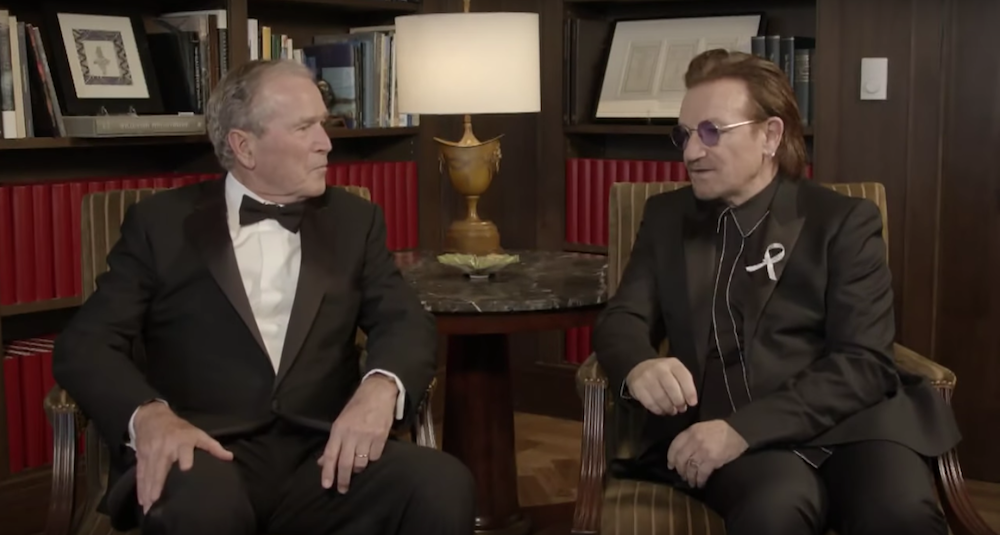 This week, Bono became the first recipient of the George W. Bush Medal for Distinguished Leadership, a new award established by the former president’s Presidential Center to recognize people who have changed the world in some way. According to the Associated Press, Bush presented Bono with the award in recognition for his work fighting global poverty and AIDS.

Though the two men’s politics on many issues are quite different, they’ve had a long relationship based on Bush’s establishment of the President’s Emergency Plan for AIDS Relief, or PEPFAR, which even the president’s critics generally regard as a laudable accomplishment. “I’m here to honor your leadership on the greatest health intervention in the history of medicine,” Bono told the president in a streamed discussion of the award. “That’s what people don’t understand: that there’s 13 million lives from PEPFAR, and if you add the Global Fund, that’s probably about 20 million lives that have been saved by this work that you began.”