We live in a time where artists are expected to do less, and are celebrated for it: fewer interviews, fewer magazine covers, fewer award shows. Manufacturing an air of mystery around a new singer or rapper is by now an industry standard marketing strategy. Meanwhile, the bigger artists get, the more they seem willing to forego the grand charade of promotion—which is to say, interaction with the world at-large—barring whatever a brand has paid them millions of dollars to do.

Beyoncé is in no ways immune to this. Recently she has only been interviewed by the daughter of a billionaire friend to promote her fashion label, and in many ways she may have popularized it: She agreed in 2014 to pose for T, the New York Times‘ fashion magazine, without sitting for questions, and then did the same for Vogue’s vaunted September issue a year later. Instead, she releases music that interacts with the gossip that exists to fill in the blanks. She tours, but otherwise communicates with her fans through a meticulously curated Instagram account and documentaries that have the patina of confession but don’t say much of anything at all. Any unflattering photos are legislated away.

Yet if there is an artist who more than makes up for this new paradigm—who harnesses the power of doing less instead of just enjoying its luxury—it is, of course, Beyoncé. In that regard, her performance at Coachella on Friday may go down as her crowning achievement. It was a show with a hell of an elevator pitch: Beyoncé doing an entire show backed by a full, HBCU-inspired marching band, with a surprise Destiny’s Child reunion to boot. But, as one imagines great elevator pitches must be (mine are all bad), that does not even begin to encapsulate the resulting spectacle.

What she delivered instead was… just completely ridiculous. The show was entertainment on a pure base level but also contained depths of subtext, plumbing cultural and familial history in what now feels like a joint project with her sister Solange. (That Beyoncé was the first black woman to headline Coachella only added weight to this endeavor.) It was anthemic and triumphant but also goofy and hilarious. It presented her work in what feels like the best possible light, breathing new life into songs that weren’t necessarily great in the first place—like “Party,” performed as a dance break with a revelatory new percussive arrangement—or parts of her catalog that can’t help but feel a bit stale (like “Me, Myself & I,” rendered with a tangible richness). It was a concert in name only, as highly stylized and choreographed as a Broadway production, with skits written in to cover for costume changes. The stream featured enough camera cues to suggest that the at-home viewer was as prioritized as the audience member. If any backlash comes its way, ignore it: this was the rare performance worthy of the awestruck praise it generated from the second it began. 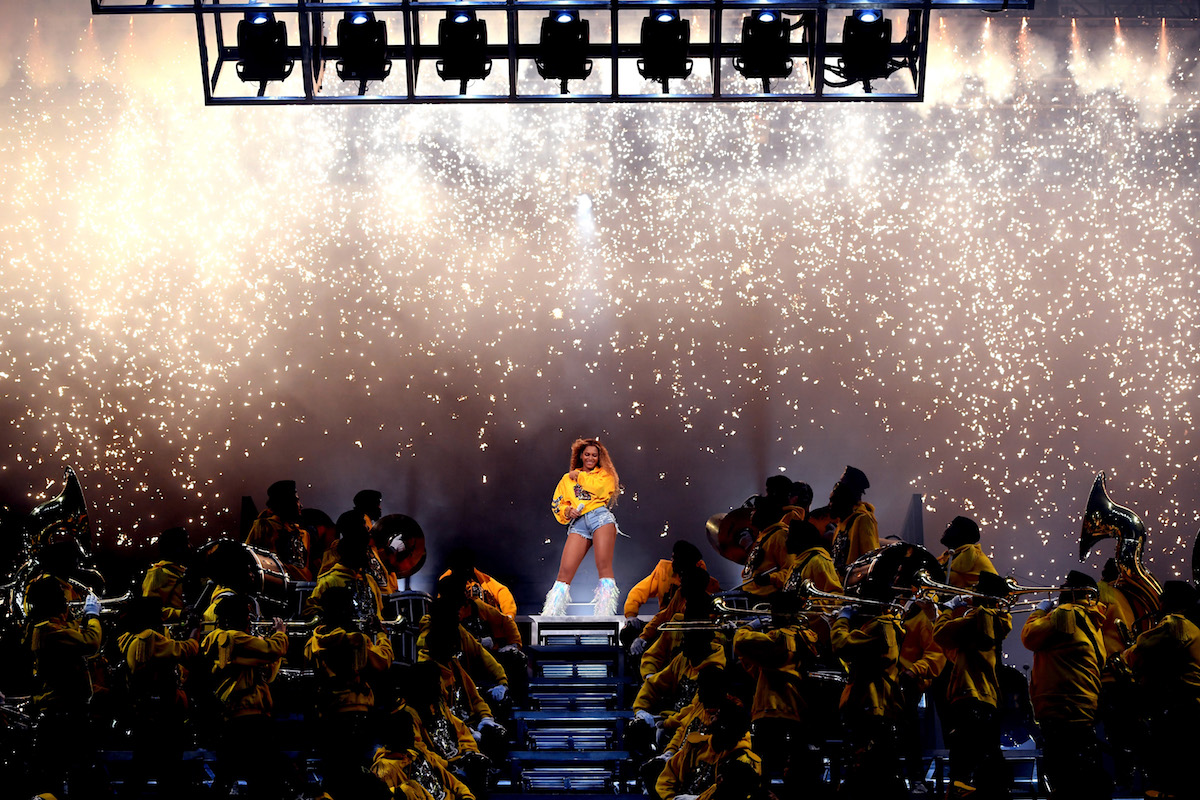 That Beyoncé did all of this at Coachella—at at a time when festivals are weighing down the music industry instead of enlivening them, and a year after frequent collaborator Frank Ocean had months of trouble trying to roll out his own idiosyncratic festival set—felt almost like a joke. Watching the performance live early Sunday morning, I was left cackling like a small child who doesn’t yet know how to use his words. But, if anything, Beyoncé has a history of showing up to places she doesn’t need to be and putting on performances that are outsized compared to everything else that appears around them, like skyscrapers in the slums. In both 2014 and 2016 (the latter especially), she performed extended, intricate medleys at the VMAs, an award show that has been on life support for years. In 2011, she used that venue to reveal her first pregnancy. Coachella at least paid her a small fortune.

There is a certain generosity in all of this, and the world is not lacking for characterizations of Beyoncé as a benevolent ruler who descends from a summit to please her subjects when she so chooses. But, unless she is an incredible actor (history offers mixed results), the show also felt personally therapeutic. “This is a very important performance for me tonight,” she said at one point, and though she ended up being in right in the sense of how it will be remembered historically, she was, of course, just talking about herself. In the era of less, cultural moments like this—when art for mass consumption actually exceeds our expectations—feel like getting to sip from a desert oasis; we’re lucky, I guess, that Beyoncé has the thirst, too.