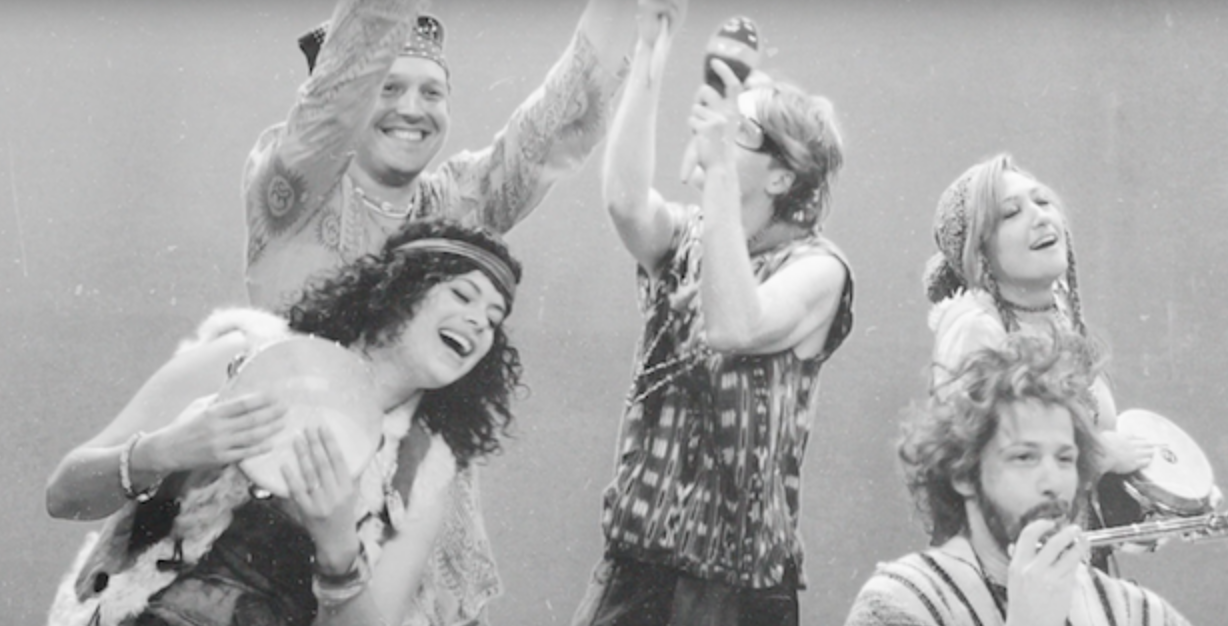 Arcade Fire have been the musical guests on Saturday Night Live a whopping five times over the years, four as themselves and one as Mick Jagger’s backing band, and they sat down for an interview to reflect on their deep involvement and roots with the show. Their most recent appearance was last month, when they played two Everything Now songs and participated in a sketch about the “Canadian Harvey Weinstein.”

They’ve appeared in many sketches over the years — “We’re all extremely good actors, so that part is easy,” Win Butler says during their interview — and there was even one that never made the live broadcast, where the band portrayed a bunch of partying dancers at a jam band festival. There’s some photos and a clip from that in the video, as well as memorable appearances in the “What Was That?” digital short and a fake game show.

The band also, naturally, discuss the live performances they give each time. “It’s kind of the only show that’s actually live,” Butler says. “We’re a live band first and foremost, so when that light comes on, you’ve gotta do it. It’s kind of terrifying.” They also talk about the after-shows they usually performed, playing for the cast and crew until they weren’t allowed to anymore. Watch the full segment below.