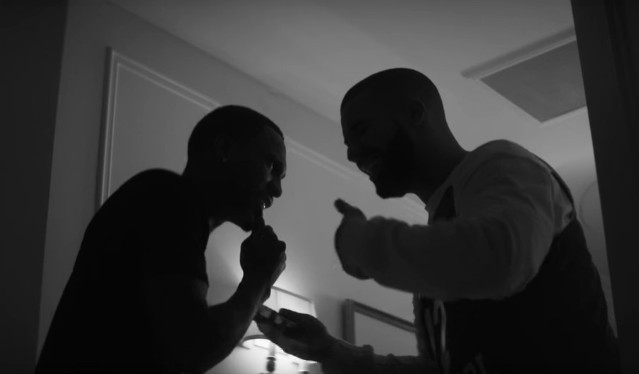 The hard-as-hell Atlanta rap veteran Trouble is moving up in the world. He recently signed with Mike Will Made-It’s Ear Drummers imprint, and on Friday, he released his impressive new album Edgewood. It’s got contributions from heavyweights like the Weeknd, Quavo, Fetty Wap, and on the single “Bring It Back,” dominant pop-music hegemon Drake. Trouble’s just shared a slick, cinematic new “Bring It Back” video. Director Derek Schklar films Trouble doing a lot of things in crisp black-and-white, including bonding with strippers, setting up robberies, and hanging out of sunroofs with Drake. Watch it below.