Report: No One Knows Why Trump Thinks the Japanese Drop Bowling Balls on American Cars 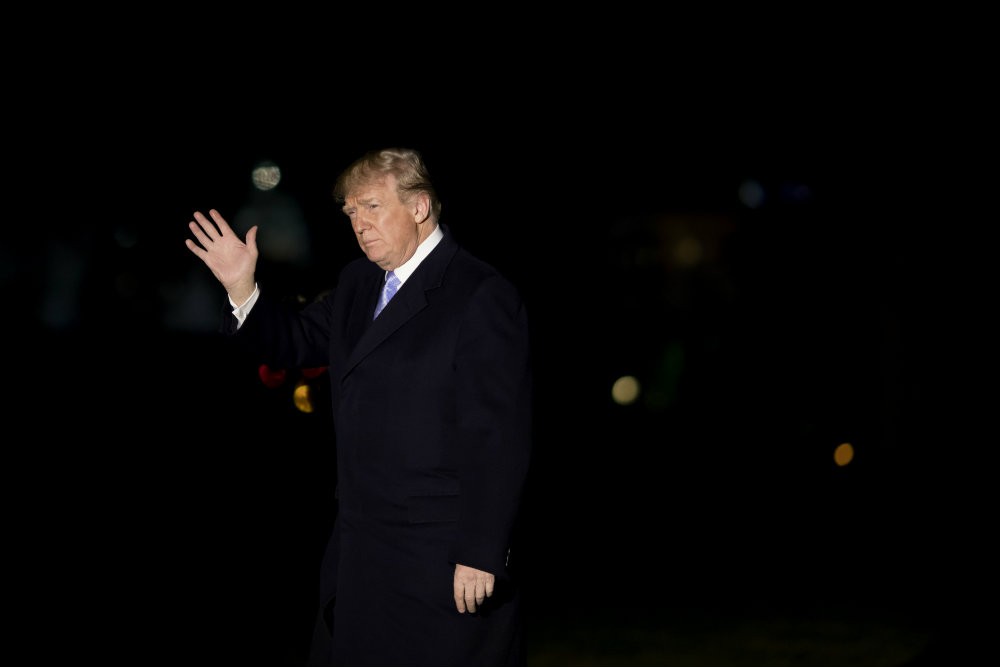 President Trump reportedly alarmed donors in a closed-door fund-raising speech held in Missouri on Wednesday where he told a nonsensical story regarding the Trans-Pacific Partnership trade agreement, Japan, American cars, and bowling balls.

The Washington Post obtained a recording of the donor meeting and the section of the transcript where Trump describes the nefarious efforts he believes Japan uses to keep American cars out of its market is something to behold:

We send a car to Japan, they analyze it for four weeks before they decide to send it back because it’s not environmentally friendly. … One of the car companies actually had a car made and it was the most environmentally perfect car, cost them a fortune. They spent a fortune. … But they wanted to see if they could get it in [to Japan]. And it, they were going crazy. Four days went by. Then five days. And they were ready to approve it and they said, no, no, we have to do one more test. It’s called the bowling-ball test, do you know what that is? That’s where they take a bowling ball from 20 feet up in the air and they drop it on the hood of the car. And if the hood dents, then the car doesn’t qualify. Well, guess what, the roof dented a little bit, and they said, nope, this car doesn’t qualify. It’s horrible, the way we’re treated. It’s horrible.

In summation, the president believes that Japan won’t allow American imports into the country because they won’t withstand having a bowling ball dropped on them from 20 feet up in the air without the roof denting.

According to Washington Post reporters Josh Dawsey, Damian Paletta, and Erica Werner, “it was unclear what he was talking about.”

Apparently no one knows what the fuck he is talking about. “Trump aide tells me he frequently mentions in meetings about the Japanese dropping bowling balls on cars,” Dawsey tweeted. ” No one knows exactly where he got the story from.”

Post reporter Philip Bump tried to find out where Trump got this notion and even watched the 1986 Michael Keaton/Gedde Watanabe auto industry comedy Gung Ho for any sight gags involving a bowling ball. Unfortunately, the closest the xenophobic film comes to Trump’s bowling ball test entails a scene where trash gets tossed onto a windshield.

“Here is my theory about the bowling ball,” Bump wrote. “Someone told Trump that Japan screens import cars using an unpassable test involving having the hood remain undented after a bowling ball is dropped on it. Whether or not this is based on reality isn’t clear, but it stuck with him.”

It’s a good theory, but perhaps Trump picked up the idea from a video or car commercial and remembers it incorrectly? There’s plenty of footage out there showing windshields and hoods getting busted with inanimate objects and it’s all muddled together in the president’s foggy brain. Take, for example, this old David Letterman sketch featuring a woman dropping bowling balls on a car from atop a New York City rooftop.

On Twitter, Heather Hughson posed the theory that Trump was referring to this 2010 viral Nissan ad:

That Nissan ad was a spoof of this 2007 Sony BRAVIA commercial.

Perhaps Trump saw this video of a test the Japanese government conducts where an object shaped like a human head is shot at a car to determine how much damage a car would do to a pedestrian should they collide. Of course, the aim of the test isn’t to inflict damage on the car, but to see if a human can withstand getting hit by a car.

The president has yet to specify where he heard or learned of the so-called bowling ball test for American cars, and, boy, can we not wait to find out!