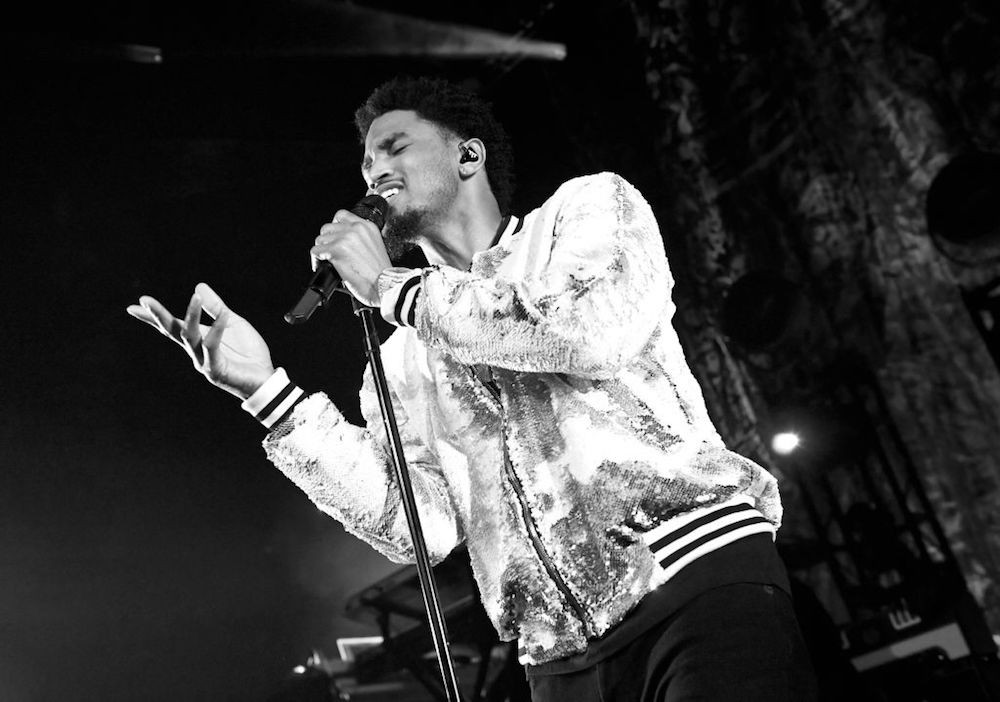 Trey Songz turned himself into the LAPD on a felony domestic violence charge earlier today, TMZ reports. The singer was reportedly accompanied by his lawyer, Shawn Holley, and released after posting a $50,000 bond.

The charge originates from a party during last month’s NBA All-Star Weekend, where Andrea Buera says Songz hit her for speaking to another man, according to TMZ. Buera gave a press conference last week alongside her attorney Lisa Bloom. According to Buera, she’s known Songz for years. She claims he struck her in the face — and reportedly “hit her with such force it was as if two men were fighting” — and threw both her cell phones down a hill as she attempted to call an Uber.

Songz has kept mum about the charges, but published a Tweet this morning, apparently after posting bond: “I am being lied on and falsely accused for someone’s personal gain,” he wrote.

For weeks my lawyers & Mgmt have asked me not to comment on this and I initially agreed but this morning I feel that my fam, the women that raised me, my friends & fans especially the youth need to hear from me. I am being lied on and falsely accused for someone’s personal gain