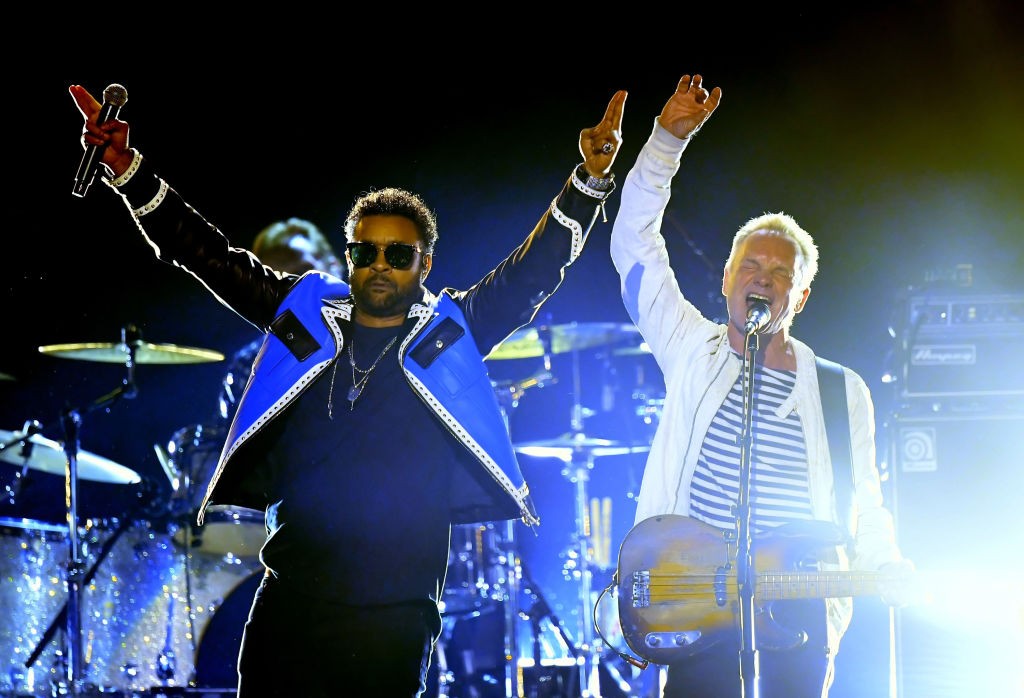 The Queen’s birthday is fast approaching, and the revels are being prepared. Queen Elizabeth II’s 92nd birthday party is a concert that will be televised and broadcast on the radio by the BBC–“a fun and vibrant evening of contemporary hits, songs from classic musicals, unique collaborations and stars from around the Commonwealth,” as the Royal Albert Hall’s description reads. That’s a lot of ground to cover, one might worry, but apparently the Crown has hired an appropriately strange and disparate collection of acts to shoulder the responsibility. That means Kylie Minogue, Craig David, Sir Tom Jones, Anne Marie, Shawn Mendes, Ladysmith Black Mambazo, and…Sting and Shaggy. That’s right–this elaborate Sting and Shaggy prank has gone far enough to be granted a royal audience. Their album is still out on 4/20 (the day before the Queen’s fête) and entitled 44/876.