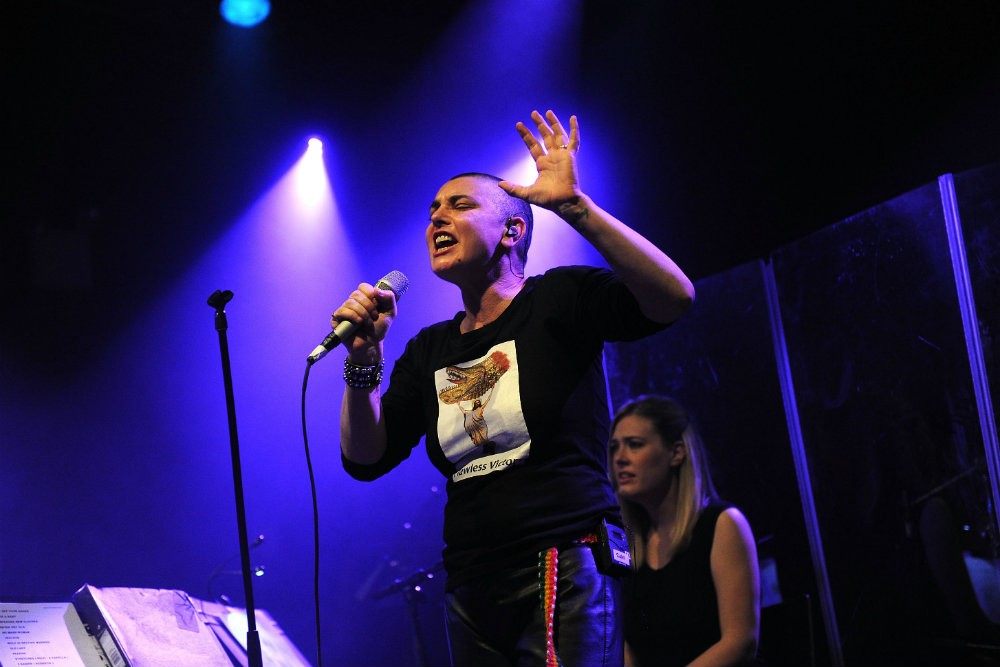 Sinéad O’Connor, now going by the name Magda Davitt, will be playing live in the U.S. for the first time in four years in April. According to Brooklyn Vegan, the “Nothing Compares 2 U” singer will be performing at the Music Hall in Portsmouth, New Hampshire and the Academy of Music in Northampton, Massachusetts on April 25. Those are the only official dates at the moment, but a press release did claim that she will embark on a more extensive tour in the summer.

In January, Davitt appeared at a concert in Dublin, alongside the likes of Bono and Nick Cave, honoring Pogues’ frontman Shane McGowan’s 60th birthday.

Davitt announced her name change during an appearance on Dr. Phil in September where she discussed her mental health issues, suicidal thoughts, and surviving childhood physical and sexual abuse.  During the episode, Davitt said that she changed her name to be “free of parental curses.”

“Sinead O’Connor is gone,” she told Dr. Phil McGraw. “That person is gone.”

Davitt’s most recent release is the 2014 album  I’m Not Bossy, I’m the Boss. You can read Spin’s review here.