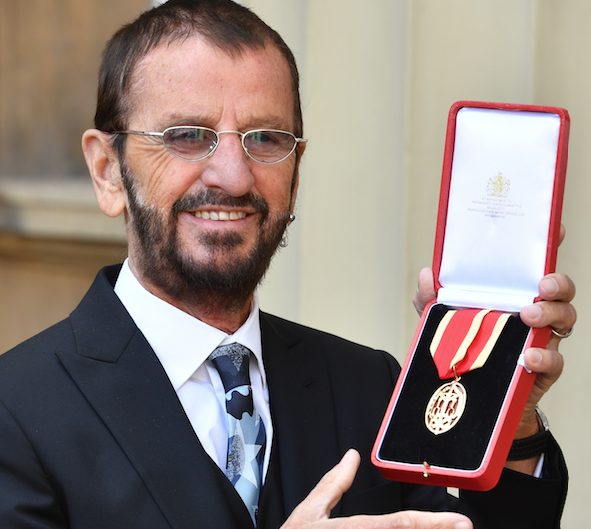 In December, legendary Beatles drummer Ringo Starr’s impending knighthood was announced. The invitation came over 20 years after Paul McCartney became Sir Paul McCartney, and just a few months after Starr expressed his sympathies for the Brexit referendum. Now the drummer is officially Sir Richard Starkey. Starr told the BBC that he felt “a bit shaky” during the awards ceremony, which occurred today at Buckingham Palace, but claims that Sir Paul had given him some words of wisdom about the event recently: “Keep smiling.” When asked about his plans for his medal, Starr said, “I’ll be wearing it at breakfast.”