There is no point in denying what has always been obvious: Swae Lee is the star of Rae Sremmurd, and a solo career is only a matter of when, not if. The group itself—Swae and his brother Slim Jxmmi—seem to be acknowledging it, too, with a forthcoming project that is set to package a solo record from each with the group’s third album. This is a step toward that inevitable future disguised as largesse, with last night’s release of a song from each album giving some shape to what all of this might look like.

If any of the slow motion pulling apart is messy, this introduction doesn’t reveal it. Instead, Rae Sremmurd and longtime producer Mike Will Made It chose three singles that amount to an exact Venn diagram: two solo songs that elucidate the artistic differences between the brothers, and a combined effort that explains, almost didactically, how that tension forms the alchemy that has made Rae Sremmurd standbys in a genre powered by its fluidity.

Jxmmi’s “Brxnks Truck” is the mosher: at two and-a-half minutes it offers a monolith of a beat, some memorable phrases (“I think the ‘Rari go faster without a roof,” which probably isn’t true) and a whiff of a chorus. What you see is what you get, which, when it comes to rap music, is often the appeal. 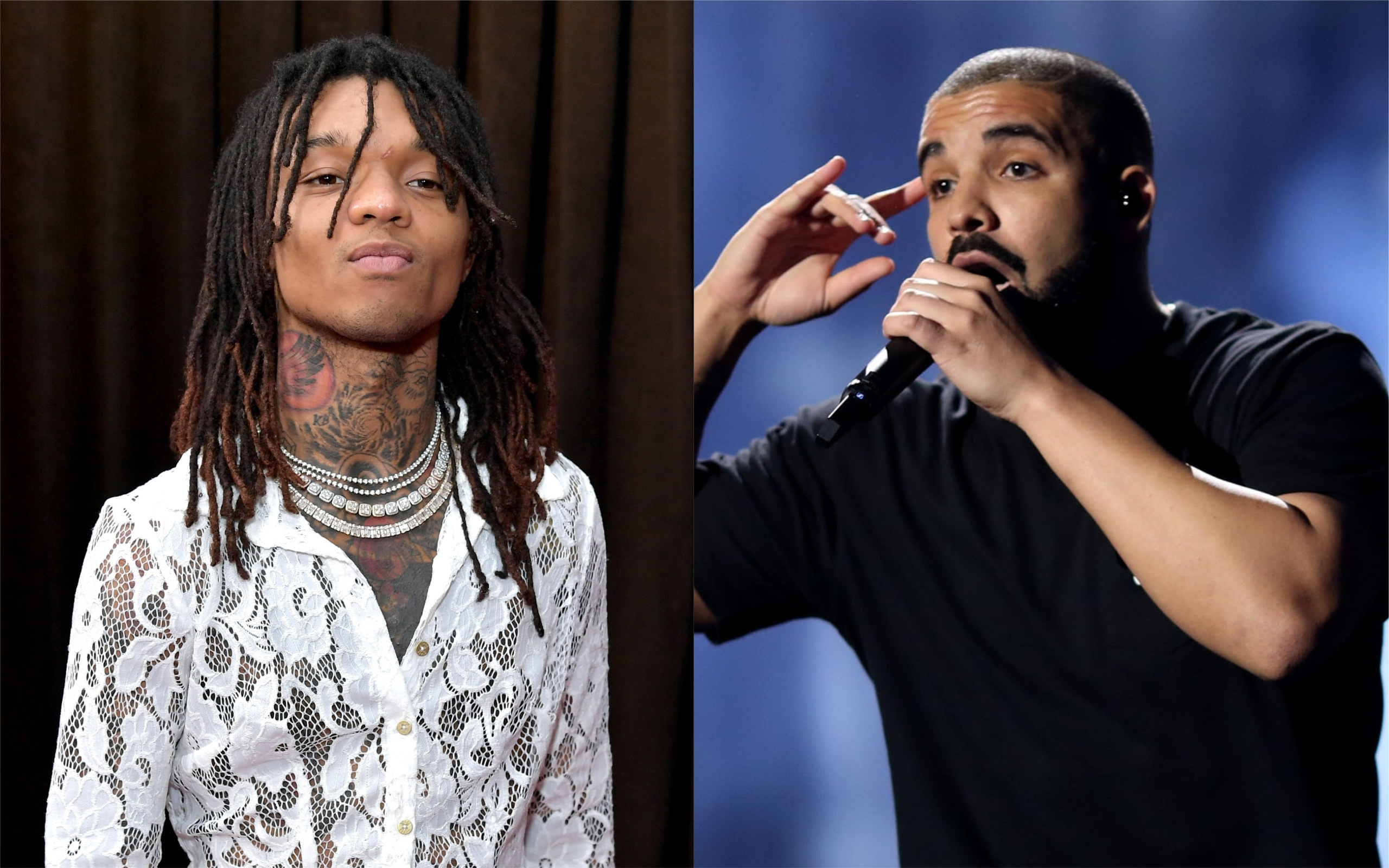 More alluring, perhaps, is “Hurt to Look,” Swae’s airy, heartsick ballad. He has long been the driving melodic force of the group—it’s his voice on the chorus of hits like “No Type” and “Black Beatles”—and he came into his own as a songwriter last year in a very noticeable way. “Unforgettable,” a song he wrote that initially featured Afrobeats star Wizkid eventually made its way to French Montana, but Swae Lee’s 80-second long opening verse and chorus was kept intact. (While the song will go down in history as “French Montana ft. Swae Lee,” it’s only in name and not in spirit.) He plays a similar role on Jhené Aiko’s “Sativa,” a very stoned R&B song that centers Swae’s vocals, fluttering like a father caught in the breeze. The new “Hurt to Look” takes its cues from “Unforgettable,” suspending Swae’s vocals atop a pitter-patter of a drum pattern. But where “Unforgettable” had a strong hook and compelling story—Swae honestly negotiating the emotions of wooing another man’s girl—“Hurt to Look” meanders a bit, windswept by its beat and numb to its own emotions. It’s a slowly intoxicating composition nonetheless, even if a curious choice for the project’s first single.

The third song reinforces why this all was a partnership in the first place. “Powerglide”—confusingly billed to Rae Sremmurd, Swae Lee, Slim Jxmmi, and guest Juicy J—is a brash trunk-rattler, which isn’t a surprise given that it pulls liberally from Three 6 Mafia’s “Side 2 Side.” Its elongated yet sticky chorus—overflowing with detailed imagery of cars, girls, and weed—is handled by Swae, who also gets the first two verses. By the second time around, he starts to become unmoored from the ricocheting beat—rapping becomes singing, and the song takes on the intoxicated haziness of what we’ve heard from his solo work. It is then yanked back down to Earth by Jxmmi, whose choppy flow hits the beat like was probably intended, grounding the song back in the place where it first came. (Juicy J’s verse is entirely superfluous.) Here, the yin and yang of Rae Sremmurd form a perfect whole—and, despite the implications of their forthcoming triple-album, its Jxmmi’s presence that feels like a necessary gravitational force.