MC5 guitarist Wayne Kramer has announced a U.S. tour to celebrate the 50th anniversary of the band’s seminal 1968 album Kick Out the Jams. Kramer will be joined on several dates by drummer Dennis Thompson, the only other surviving member of the band. For the remainder of the tour, he will also be joined by supergroup of, as Kramer puts it, “40-to-70-year-old punks on a meth power trip,” including guitarist Kim Thayil of Soundgarden, drummer Brendan Canty of Fugazi, bassist Doug Pinnick of King’s X and Marcus Durant of Zen Guerrilla on vocals.

“The message of the MC5 has always been the sense of possibilities: a new music, a new politics, a new lifestyle,” Kramer said in a statement. “Today, there is a corrupt regime in power, an endless war thousands of miles away, and uncontrollable violence wracking our country. It’s becoming less and less clear if we’re talking about 1968 or 2018. I’m now compelled to share this music I created with my brothers 50 years ago. My goal is that the audience leaves these concerts fueled by the positive and unifying power of rock music.”

The band will tour throughout Europe in the summer before starting the U.S. dates in September, which conclude in the band’s hometown of Detroit on October 27. The full itinerary is expected to be released later this month. The tour echoes a 40th anniversary celebration of Kick Out the Jams, which brought together the band’s manager, John Sinclair, and local bands to commemorate the the band’s influence on rock.

In addition to announcing tour dates, Kramer has also shared details of his forthcoming memoir, The Hard Stuff: Dope, Crime, the MC5, and My Life of Impossibilities. According to a statement, the book is “an intimate portrait of Kramer’s post-MC5 life, which included a federal prison term, addiction struggles that lasted decades, reconnection with his long-absent father, finding the path to sobriety at 50, and, incredibly, first-time fatherhood” at age 65. The memoir is slated for an August 14 release on Da Capo Press. 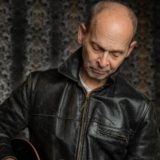